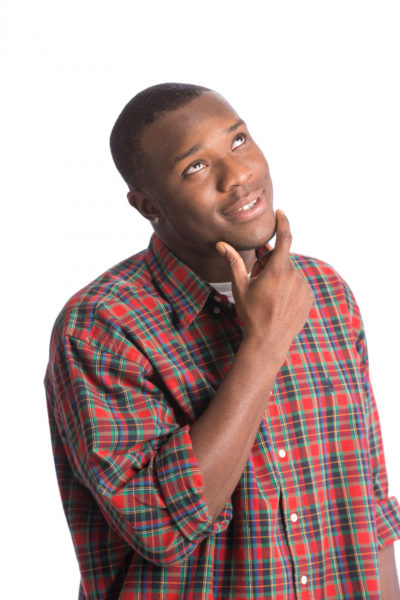 Cronyism, nepotism, favouritism, man-know-man or whatever appellation you would use to describe the practice of bestowing patronage on, or favouring people that you know, or are related to you, over others, is not right. The practice whereby people are appointed or get certain advantage over others simply because of their links or connection with people in positions of authority is now a norm in Nigeria.

In Nigeria everyone is looking for connection. Connection is key to getting anything done in this country. In-fact to get a bricklayer job, you must have connection to the owner of the building or foreman.

Man know man has permeated into all segments and strata of our national life: From schools, workplaces, government offices, professional bodies to religious organizations, etc. The central question is ‘who do you know?’.

I have attended a wedding reception where entertainment was offered to those whom the servers of the food knew. The caterers placed premium value on church members of the couple and those who wore a particular shade of aso ebi. So I had to endure the torture of watching steaming plates of delicious looking jollof/fried rice waltz past my seat to the area populated by the favoured crowd. I tried to maintain my dignity by resisting the urge to stop the waiters to demand for a plate of rice. In the end, I left the venue, a hungry and angry man.

I like giving examples because my writings are based on my real life experiences and experiences of others. Last month, I went to a federal ministry to process a document. I was directed to meet the head of the department.

I was shocked to find out that the head of the department couldn’t communicate in English language.

Someone had to interpret what I was saying to him from English to his native language before he could give a response which was translated to English for me.

I left the place sad and worried about the future of this country. How can someone heading such a sensitive unit be unable to communicate in the lingua franca of the country? How does he respond to memos and circulars from superiors? How does he reply emails? Are people paid to translate everything to him?

How can such an individual be heading a position where he is expected to meet with Nigerians from diverse tribes and cultural backgrounds who can only communicate to him in English language?

I knew for certain that the only way he got to be the head of that office is through nepotism and man know man.

One can argue that there is nothing wrong in helping your people or choosing to work with only those you know when you are in a position to do so. It is a basic human instinct of survival. The president of our country appoints his friends into his team, our state Governors form their cabinets from a list of people they know or have had interactions with in the past; their classmates, professional colleagues, church members etc.

But everything is wrong when you choose to sacrifice merit at the altar of man know man.

It is like a football game where you have the ball but instead of passing the ball to a player who is at a vantage position to score, you chose to pass instead to your friend or a player who is from your village even when you know that he/she is a terrible player and instead of kicking the ball into the empty net, would balloon it into the stands.

Man know man promotes mediocrity which has been the bane of our nation. Qualified and competent people are not given positions they deserve because they do not know the oga at the top. Jobs are given to those who know somebody who know somebody. That is why we have quacks everywhere. That is why the Nigerian system is not running efficiently.

Recently, we have been informed by a leading online news portal about secret recruitments done at CBN, Federal internal revenue service and Nigerian prisons. The allegations border on how top ranking government officials and influencers fill in vacant positions with their children and relatives in the mentioned organizations. Although the government has come out to deny these allegations, we all know that there is no smoke without fire.

There are many government agencies who do not throw vacancies open to the public for qualified people to apply. But year in year, vacant positions in these organizations are secretly filled with anointed candidates. These Institutions have been bastardized and a mockery has been made of due process by man know man syndrome.

The ‘only my people can do” this mentality is not right. Many people in the public sector are stuck in their current positions because they are not from the same tribe as the oga at the top or share similar religion and hence are denied promotion.

Ethnicity, religion, political and social affiliations are the basic pillars of Man know man.  They serve as a ceiling. For some people, no matter how good you are, if you do not fit into any of these criteria, you are shoved aside.

Man know man is also in full force at the health and medical sector. You have ill qualified people in charge of a delicate sector that has to do with death and life.

Our country is in a sorry state because at all levels of governance, unqualified people who are grossly deficient at leadership and administration are at the helms of affairs.

Can we have a change of mentality? Can we tell ourselves the truth that it is wrong to base everything on connections? It is wrong to give a contract, job or appointment to your unqualified brother, sister, cousin, friend, uncle, aunty, mistress when there are thousands of qualified people who can do the job excellently well.

Let us pursue meritocracy. Great nations are built on a merit based system not on a system of cronyism and nepotism.

If you are in a position of authority, have it at the back of your mind that you never sacrifice competency for mediocrity. If the people you know are not competent, shun them and use only competent people.

Imagine a country where qualified people are exactly where they should be; qualified presidents, governors, lawmakers, doctors, lawyers, teachers, engineers, architects, etc, what a great country we would have!

Has man know man helped you or worked against you in any way? Share your experience!

Mya Williams: This Is For You… Yes, You!