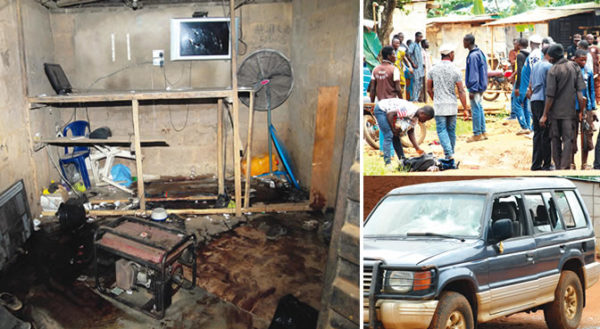 Ogun State Police Command said that it has arrested 40 persons in relation to the killings carried out by suspected cultists in Igode and Fakale communities in the Sagamu Local Government Area of the state.

The state Police Public Relations Officer, Muyiwa Adejobi, said 17 out of the 40 suspects were arrested at the Emuren axis and the remaining ones were nabbed at Ijebu Igbo and Ago Iwoye.

He also said that some traditional chiefs are harbouring them and promoting cultism in the state.

“On Wednesday, one of the cult groups went to kill the goat meant for a celebration by a rival group and the latter went back to attack them, but they did not get their targets.

In Emuren alone, we have three suspects, they said one of them is a son to a chief, we are still investigating. We have Faleke Sultan from another community. We went on an all-round operation.

In Emuren, which was the conflict theatre, we have Ismail Ali, Sodiq Ibrahim and Ahmed Rafiu.

We are working on them and we are going to subdue them, it is not only in this place; all together in the state now we have arrested 40 suspects, spanning across Sagamu, Emuren, Ijebu Igbo, and Ago Iwoye.

In Ago-Iwoye, we have arrested 17 and as I speak with you, we have information that they are coming again with their new boss to attack Sagamu, the DPO of Sagamu is on the Expressway now, they have blocked all the entrances into Sagamu.

They want to cause problem and unrest for us in Ogun State and we are going to tackle them. There are allegations that some traditional chiefs are harbouring them and promoting the cultists.

We are going to spread the scope of our investigation to unravel this and if it is true, any community leader that is involved in promoting cultism will be dealt with according to the Constitution. He will face the full wrath of the law.