Reps Sex Scandal: Entwistle Has No Concrete Evidence Against the Accused - Foreign Minister 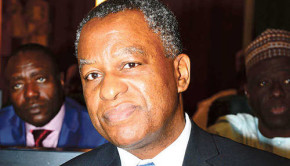 Minister of Foreign Affairs, Geoffrey Onyeama has disclosed that there is no concrete evidence to prove the allegations of sexual misconduct against three lawmakers by the outgoing United States Ambassador to Nigeria, James Entwistle, THISDAY reports.

Onyeama who was expected to present a video evidence to the joint House Committee on Ethics and Privileges, and Foreign Relations said that Entwistle told him that the issues were just allegations.

“He (ambassador) told me that these were allegations and nothing more, that as far as they were concerned, the matter was closed. Entwistle stated that the allegations did not indicate a position that he had already passed a judgment or the US government.

When I asked him about the evidence that emboldened them to arrive at the type of conclusions in the letter, the ambassador stressed that it was factual that there were allegations, but that he was not passing any judgment.  I said ‘who made the allegations?’ He said a hotel maid or cleaner, who said Garba Gololo made inappropriate request and approached her in the hotel. But, he now made it clear that the housekeeper would not testify; that she does not want to testify.

I was surprised that the person who made such a serious allegation was not willing to testify. For the parking lot attendants, the ambassador said they identified the lawmakers in photographs. I replied that there is clearly a possibility of legal proceedings for defamation because I thought there was stronger evidence.

Again, he apologised that his only point of writing Dogara was to pass information about those allegations,” Onyeama told the House.

Onyeama said that the Envoy apologised for not writing through the appropriate channel (Foreign Ministry).

“The letter (to Dogara) to me was not conclusive of any guilt and I am surprised that the housekeeper would not testify. In my opinion, there may be need for legal proceedings for defamation… I  see this case as reminding your members not to put themselves in a position that could deny Nigerians participation in such programmes in the future. It is like a caution,” Onyeama added.

One of the accused Mohammed Gololo lawmakers said: “It will take courage for me to continue with my daily activities. We demand apologies from the US.”

Samuel Ikon added that the petition against them was not private as claimed by Entwistle, adding that 11 lawmakers in total were copied in the letter. “It was not private then, he knew what he was doing from the very beginning; it was premeditated,” he said.

“We will take this fight to the very end and the ambassador must take full responsibility for this harm he did to us,” said Mark Gbillah.

THISDAY reports that Gbillah said in a text message to their correspondent that they will proceed with legal action. “Yes, we will. We are already speaking with our lawyers in Nigeria and in the United States,” he stated.