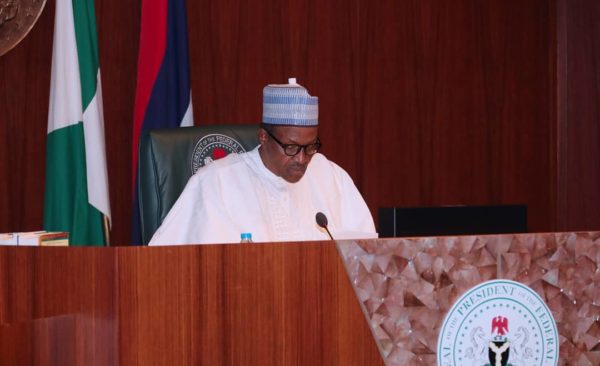 Members of the House of Representatives on Wednesday decided to summon President Muhammadu Buhari to appear before them, The Cable reports.

The lawmakers, in Wednesday’s plenary, lamented the state of security in the nation.

Mark Gbillah from Benue State had raised a motion on the attack of a community by Nigerian soldiers, avenging the death of their colleague.

The soldiers had razed properties after they found the body of a soldier buried in a shallow grave.

Bashir Baballe from Kano State had moved a motion to have the president appear before the House, a motion which was unanimously adopted.

The date for President Buhari’s appearance was however not stated.

The lawmakers also passed a vote of no confidence on service chiefs, citing the failure to stop the killings in the country.

“The service chiefs must go. It is enough. I’m from the APC but this has gone beyond sentiments. It is a very terrible thing that is happening. People are being killed on a daily basis,” a lawmaker said.

A member from Kogi State, Karim Sunday, said it was time for the president to go. He said:

The Buhari we have today is not Buhari of 1984. It is time for the president to go. He promised change when he was elected but nothing has happened.