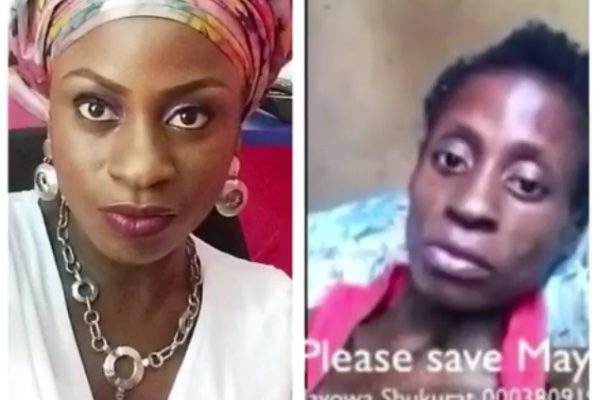 Following the controversy trailing the #SaveMayowa fundraising campaign, the management of the Lagos University Teaching Hospital (LUTH), Idi-Araba has released a statement on the case.

Kenneth Otuneme, the Public Relations Officer (PRO) of LUTH, in an interview with the News Agency of Nigeria (NAN) in Lagos, said that the institution was not involved in the fundraising campaign, and did not refer her overseas for treatment.

Otuneme said that the hospital only “arrived at a tentative diagnosis of an abdominal malignancy”. He said that they wanted to conduct fresh tests on Mayowa, but the family insisted that she be flown abroad for treatment.

He added that they told the family about the risk of flying her out of the country because of her low blood count. He however said that they had to transfuse her with “much needed” blood after persuasion from her family.

“Mayowa Ahmed, 31, is an old patient of the Lagos University Teaching Hospital who has been on treatment for another condition.

Ahmed came into the Private Wing of LUTH on Monday, July 25, with a history and clinical features of an intra-abdominal mass.

The patient accompanied by some of her family members brought along some results of laboratory investigations ordered and done outside LUTH.

Three different specialists: a gynaecologist, an oncologist and a haematologist- were invited to review Ahmed’s case.

They all arrived at a tentative diagnosis of an abdominal malignancy.

They planned to conduct a series of fresh tests on her to confirm the definitive diagnosis, since the earlier tests were neither requested nor authorised by any doctor from LUTH.

The family, however, requested to fly Ahmed outside the country barely 24 hours after her admission in LUTH, thus stalling all the planned investigations meant to arrive at a definitive diagnosis.

We were able to transfuse her with much-needed blood only after lots of persuasion when the family was told point blank that it was risky for her to travel by air, given her low blood count,” Otuneme said.

He also said that Friday was the third day after her admission and a definitive diagnosis had not yet been made while the relations insisted on flying her abroad.

“LUTH has only dealt with (Mayowa) Ahmed and her relations throughout her stay and not with any other third party,” he said.

Otuneme said that the hospital management, however, had to invite the police to restore peace within its premises following an altercation between Ahmed’s relatives and persons unknown to the hospital.

He urged the general public to patiently await the outcome of the ongoing police investigations.

Our prayers are still with Mayowa as she battles for her life.

Related Topics:#SaveMayowaMayowa Ahmed
Up Next