Yesterday, Yeni Şafak, a newspaper in Turkey published an article containing sensational claims about the recent coup in Turkey.

The article which cited anonymous sources claimed General John F. Campbell a former U.S. commander of the International Security Assistance Force (ISAF), a NATO-led security mission in Afghanistan, was the organizer of the July 15 military coup attempt in Turkey.

The article also pointed fingers at Nigerian bank UBA within the alleged plot. 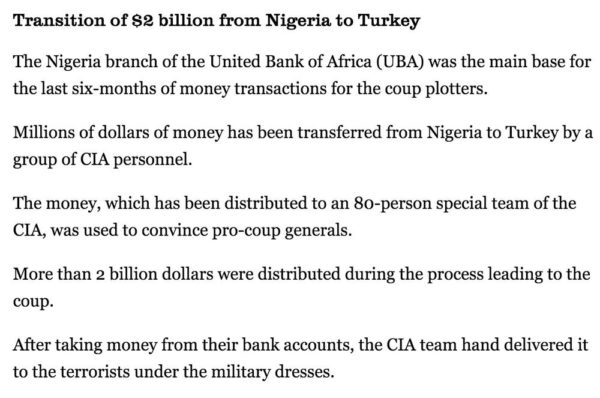 The bank has now responded with the following brief but decisive statement;

UBA is aware of the on-going and spurious media speculation linking our institution to recent events in Turkey. In light of this we believe it is necessary to categorically state that UBA has no involvement in or connection to these accusations, which are clearly false.

We remain focused and firmly committed to delivering on our strategy to build Africa’s premier banking institution.

Did You Miss it? See Photos of Will Smith, Lupita Nyong’o, Ben Affleck, Adewale Akinnuoye-Agbaje & More at Comic-Con 2016

Are you Creative and Artistic? Send in your Original Scripts for HomeVida 2016 Short Script Competition and Stand a chance of winning N100,000 in each category & more