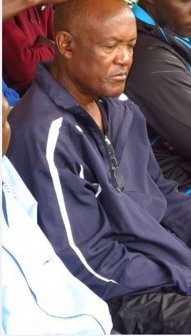 A Kenyan athletics coach has been sent home from the 2016 Olympic Games at Rio in Brazil, after posing as an athlete and giving a urine sample.

“We cannot tolerate such behaviour,” said Kip Keino, chairman of the National Olympic Committee of Kenya.

Rotich, who finished fourth at last year’s World Championships in Beijing, is set to race in the heats on Friday.

The athlete’s agent, Marc Corstjens, said Rotich lent Anzrah his pass so the coach could get a free breakfast in the Olympic Village on Wednesday.

Anzrah, 61, was then allegedly approached by a doping control officer who was looking for Rotich and asked to provide a urine sample, which the coach did.

“Ferguson is completely confused as to why he would do this but the good news is that he found out straight away and went to the drug-tester and gave them blood and urine samples,” said Corstjens.

The International Olympic Committee (IOC) has opened disciplinary proceedings into the matter, but praised Kenya’s Olympic body for its “swift action”.

Chairman Keino said the committee had not facilitated Anzrah’s travel to Brazil, adding: “We don’t even know how he came here”.

The News Agency of Nigeria (NAN) recalls that Anzrah is the second Kenyan official to be sent home over doping issues after track and field manager Michael Rotich.

He was dismissed following allegations that he was prepared to warn coaches about drugs tests in return for £10,000 (about N4 million).

“Suddenly, we are a poor country” – President Buhari