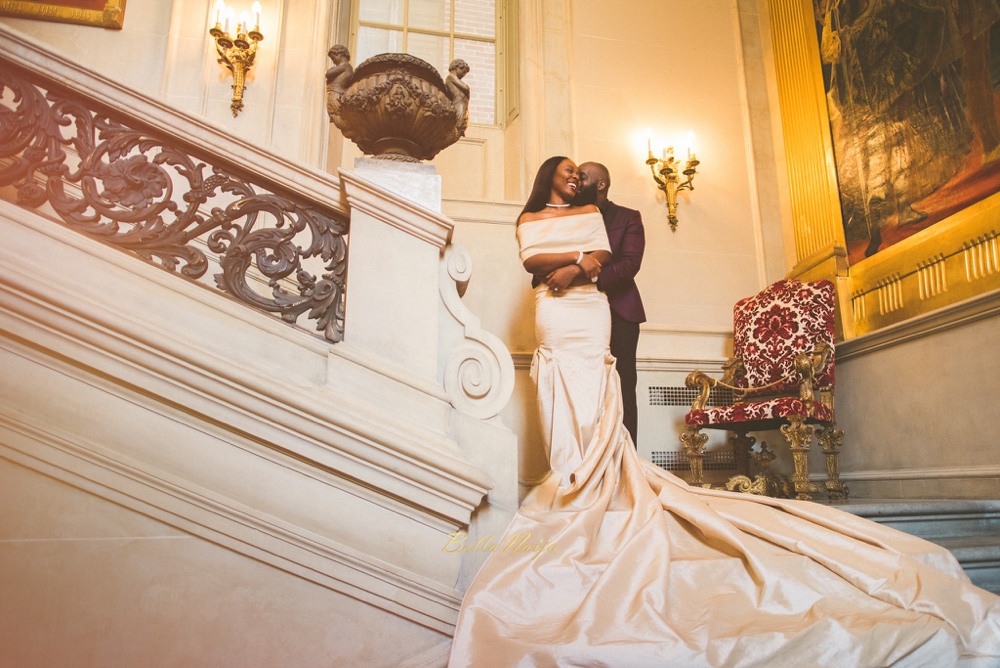 From playmates to lovers for life, ChiChi and Nkemdi started off as opponents in Words with Friends battles before they even met in person.

The bride and groom-to-be ultimately found a family connection, kicked off conversation and the rest is history.

Royal African Romance – Both of our families back in Nigeria are of a royal lineage, and ChiChi is a princess as her grandfather was a king.

We feel that together we exude royalty, I always say she’s my Queen and I her King so we tried to portray that energy in our e-session and will do the same for our wedding in June 2017. 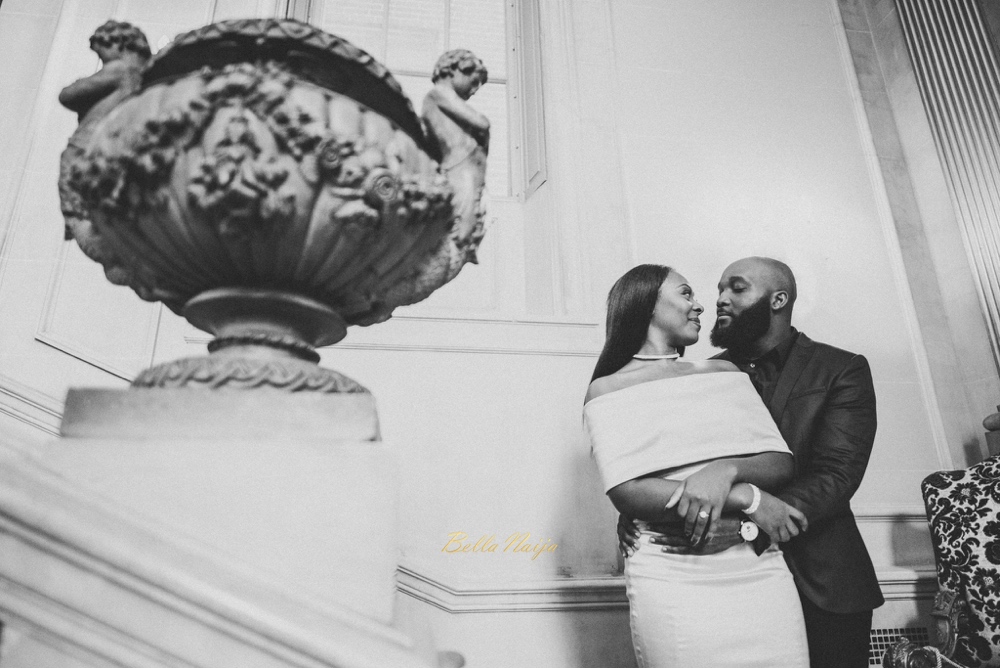 How We Met
by ChiChi, the bride 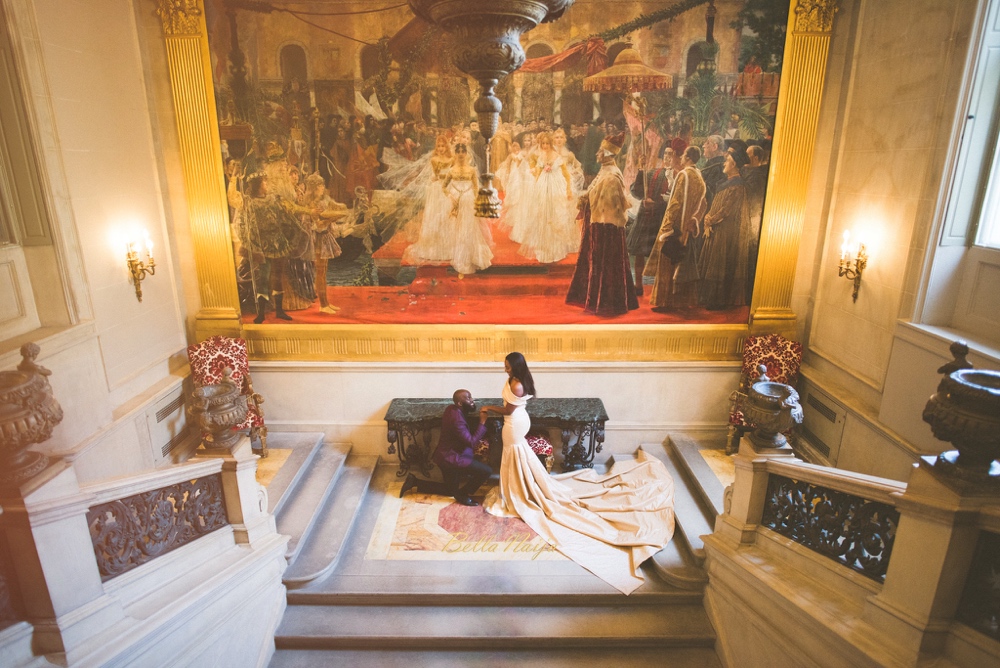 Although I had never physically met Nkemdi before, we were Facebook friends, constantly battled in Words with Friends and he would like my pictures here and there; but I didn’t really know him. While playing Words with Friends we would chat back and forth about who was a better player, we became very competitive, and he always won every single game so I was determined to beat him. One day I finally beat him and I was thrilled, I believe that’s where my interest peaked a bit. 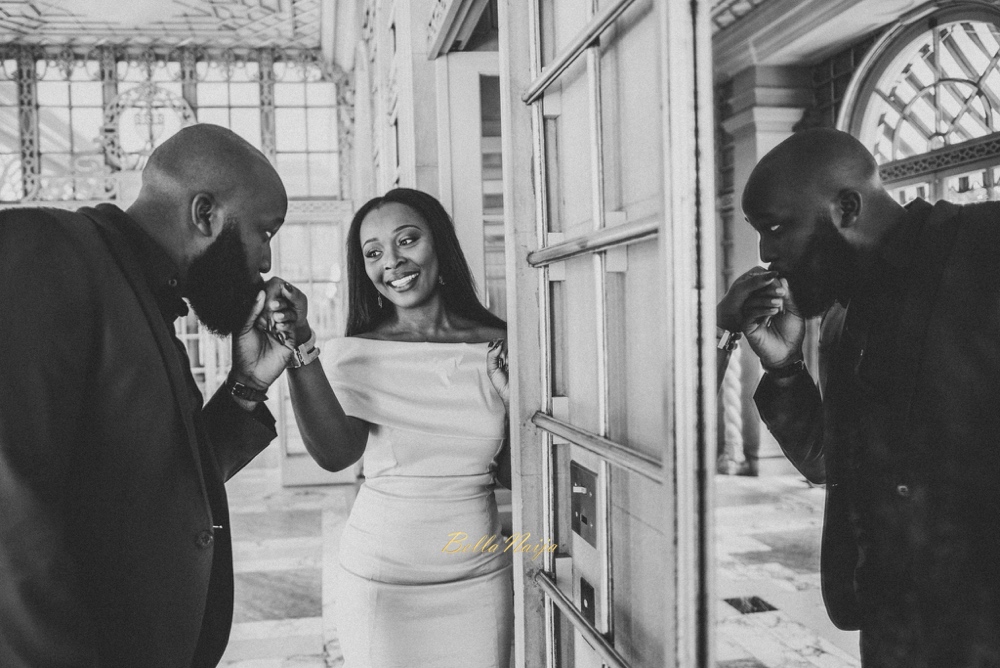 We never chatted consistently or regularly, only via social media and our infamous game chat, but I was graduating around that time, I remember him promising to buy me a laptop as a graduation gift; and I thought, huh? Why would this stranger guy buy me a laptop? I don’t even know him Lol! (He actually did buy me a laptop later on after we became a couple). 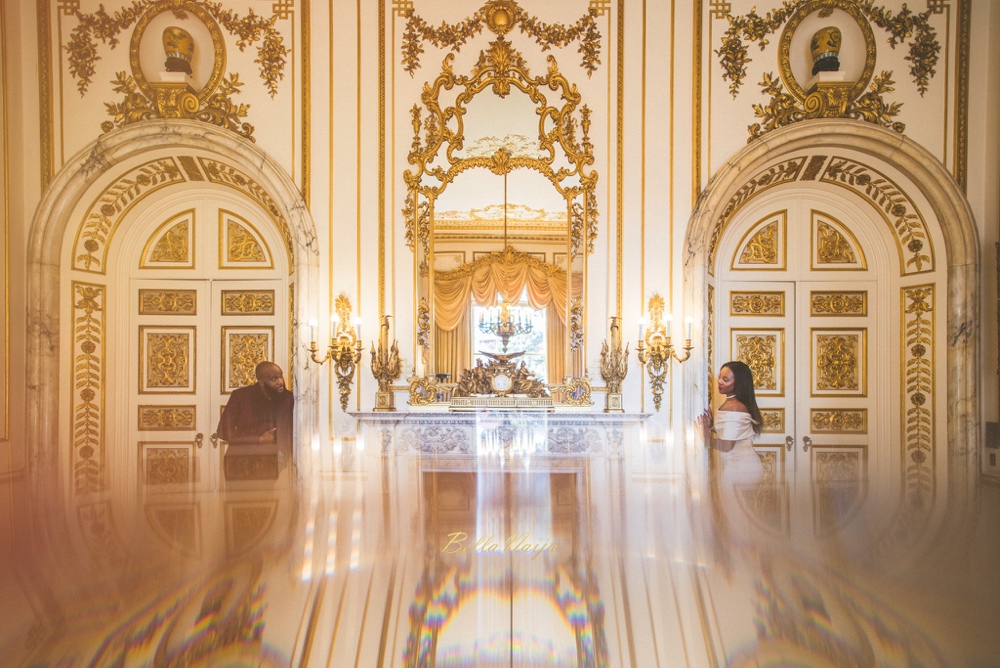 Fast forward to a year or so later we met again via Facebook, although we lived 10 minutes away from each other, knew a lot of the same people and our uncles were good friends, somehow we never officially met prior to that one faithful day. It was a very slow day at work for me, and I was browsing through my Facebook pictures, and noticed that Nkemdi had gone through and liked a few of my recent posts; Nkemdi and I were already Facebook friends and we followed each other on Instagram too but we didn’t actually know each other. But that day for some reason he started a conversation with me through Facebook messenger, I had some time on my hands at work so I figured why not. That day we exchanged numbers and have been talking everyday since. 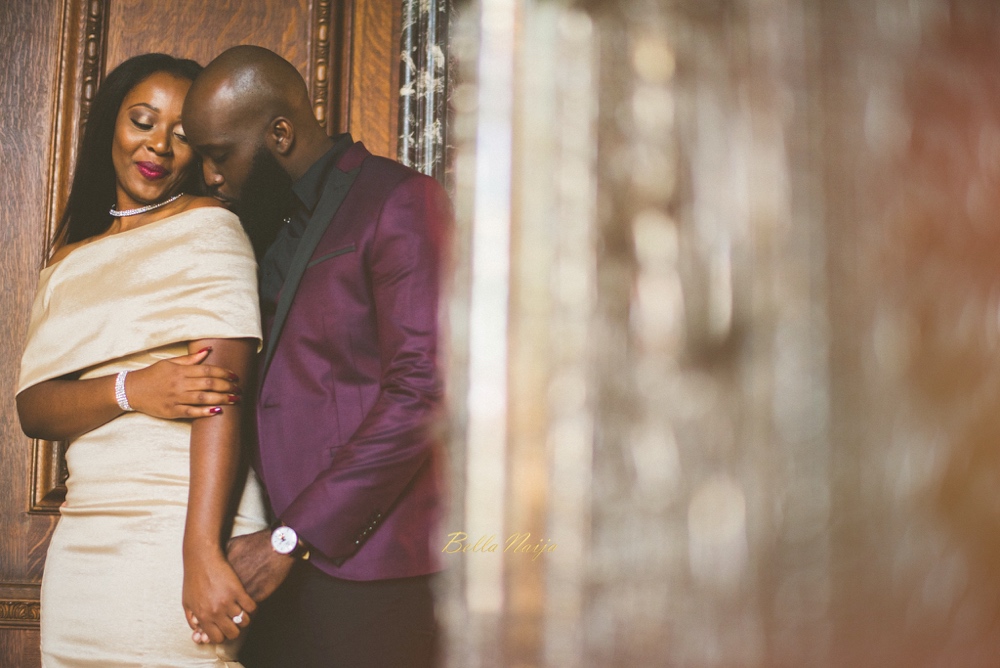 I knew he was the one for me when I realized how comfortable I am with him, I don’t have to pretend, or put on or do too much or be a glamorous Barbie doll, or be perfect, I can just be me, and he loves every bit of it, my hair, my weight, my personality, my style, my heart, my mind, my weirdness, my moods, he accepts it all and I have never felt so completely loved and accepted before. 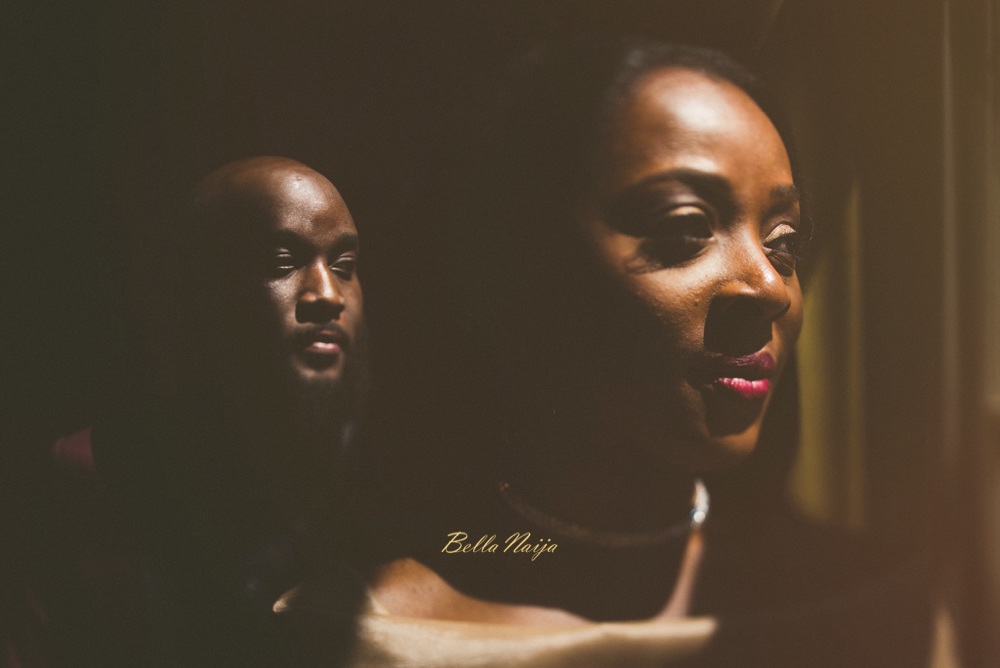 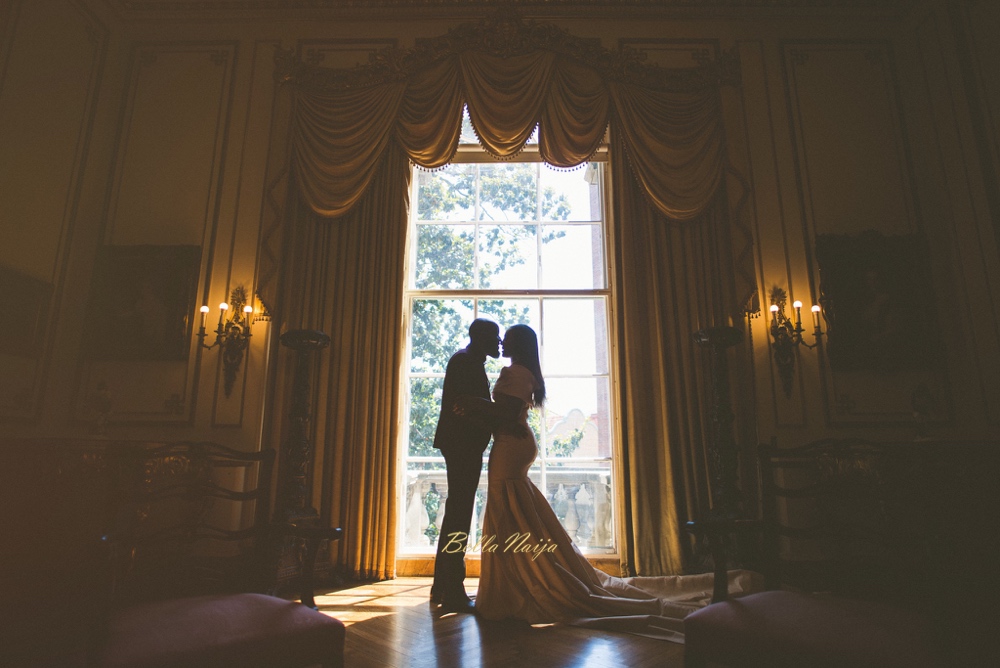 I have learned so much in this journey that we have embarked on since we’ve been engaged, and can honestly say that we have been through very lovely highs and pretty dark lows, but through it all God has been right there guiding us with his infinite wisdom and granting us a daily dose of much needed GRACE. I know that God kept Nkemdi especially for me and I am anxiously looking forward to all he has in store for our lives, because I know this is only the beginning. Since I met Nkemdi I have grown in more ways than one, he makes me a better woman, he is my best friend, my love, my enigma, my support, He is my EVERYTHING! And I can’t wait to become Mrs. Chukukere!

How We Met
by Nkemdi, the groom
It all started from a simple Facebook request, six years ago. Once I saw ChiChi’s pictures, I said in my mind she was my wife. No questions, no doubt. You can call it fate but that was my gut feeling. It turned out my uncle was close friends with her father’s older brother and I inquired about the family. Long story short, it took us two years to start talking. 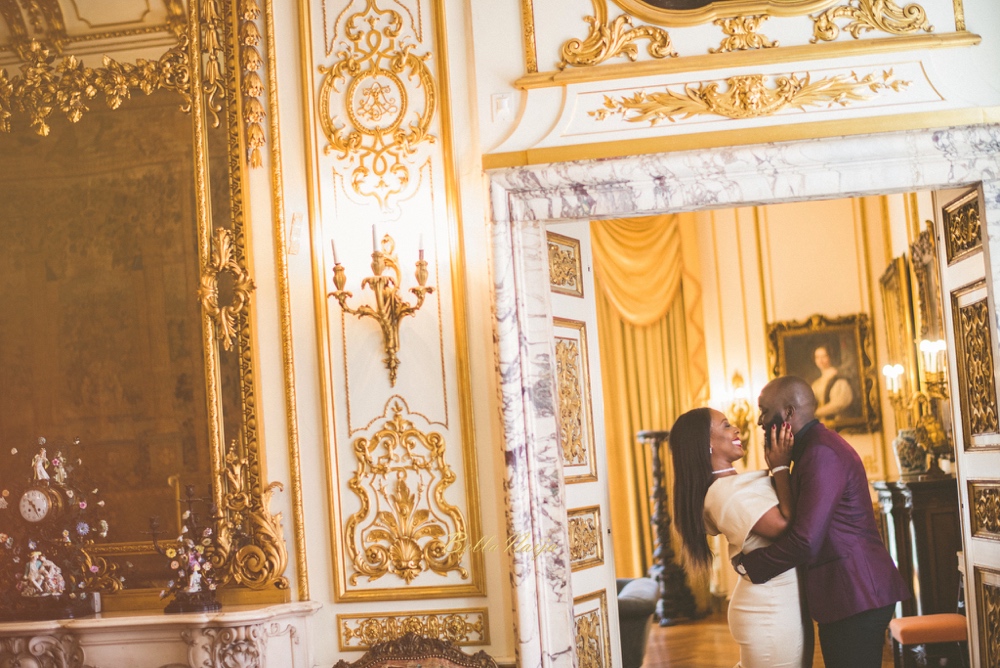 I’m an avid gamer and so I challenged ChiChi to several Words with Friends games, of which I beat her every time Lol. I also attended her graduation party because I had to take my uncle to the event as he does not drive at night due to poor visibility. Even though I attended her party I didn’t introduce myself that night, I just wasn’t sure what to say. So fast forward to August 18th, 2013, when I was scheduled to begin my new job, I received a notification that my start date was pushed to another date, so I was at home watching a movie and happened to be on Facebook and liked a couple of her pictures and complimented her beauty, she responded and the rest is history. 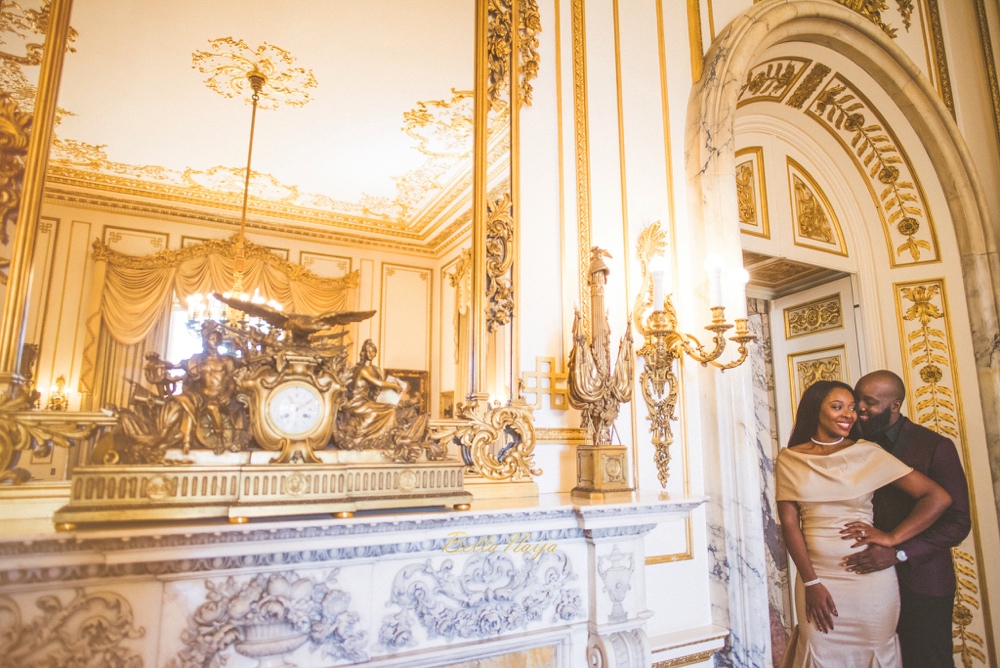 My first impression of ChiChi was that she was extremely stunning even in her most natural state and yet she seemed oblivious of her natural beauty. 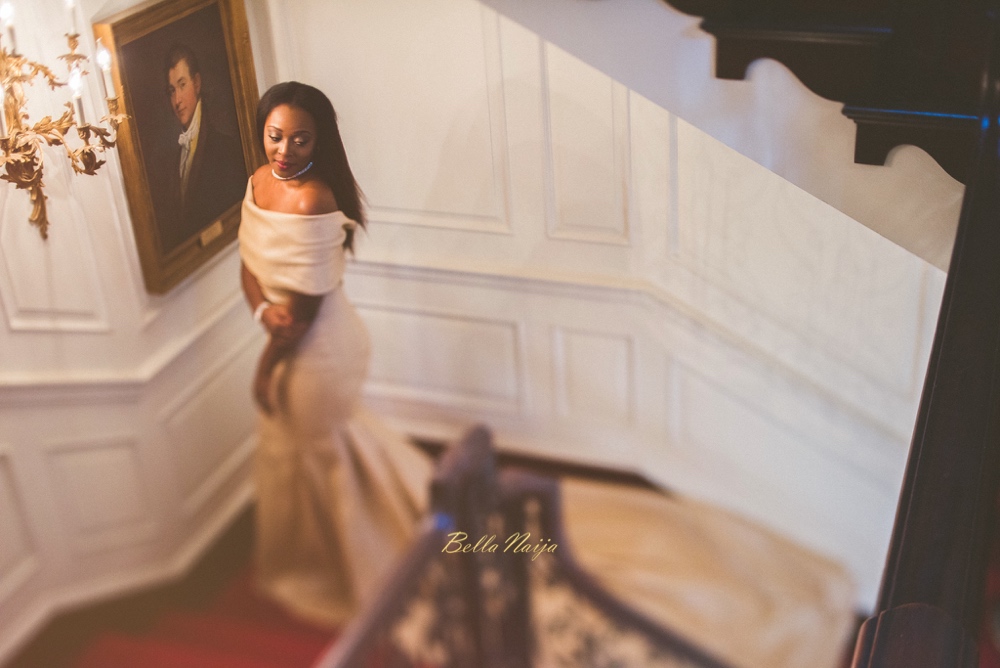 What I found even more captivating was how much beauty I could see in her heart. When we first met I was gladly surprised by how down to earth she was, she was so approachable and relaxed it was like I had known her for ages. 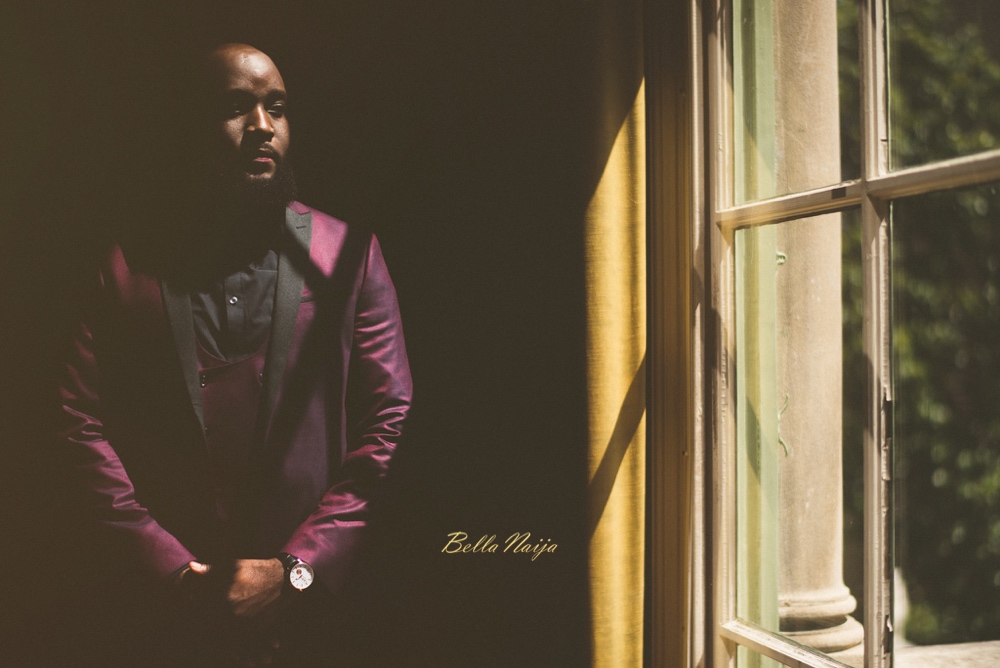 She’s been my rock, my headache, my joy, my heart and best friend. I wouldn’t trade her for anything in the world. She’s my HEART! 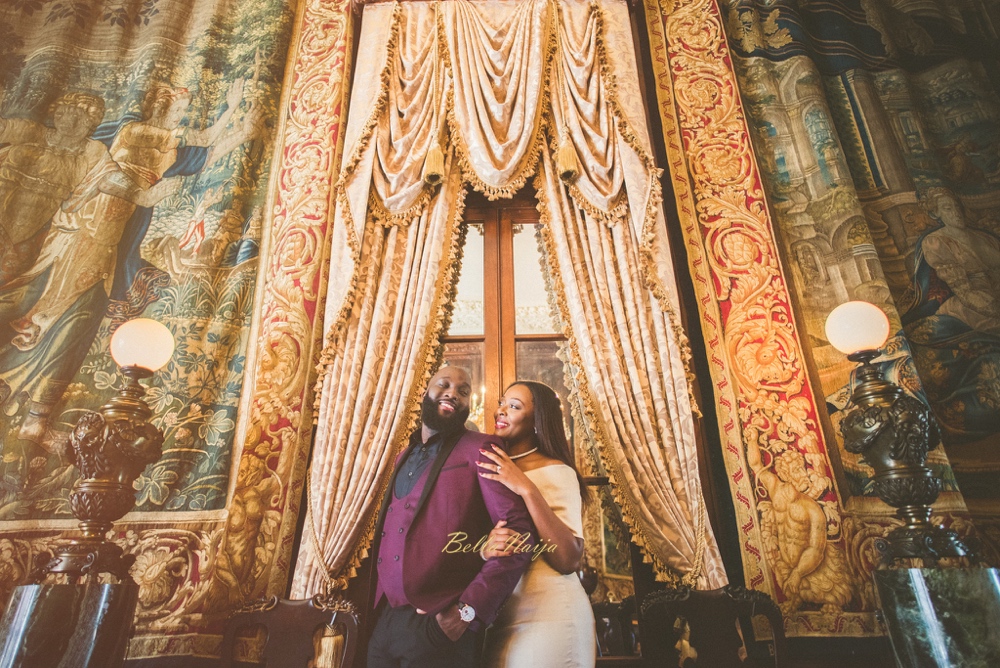 I flew her very close friends in, one from Minnesota and the other New York. My initial plan was a scavenger hunt where she would go the very first place we met, then to the park where we spent majority of our time when we first started dating then back home where I would pop the question, but due to the weather at the time (heavy snowing and windy conditions) I had to readjust last minute. 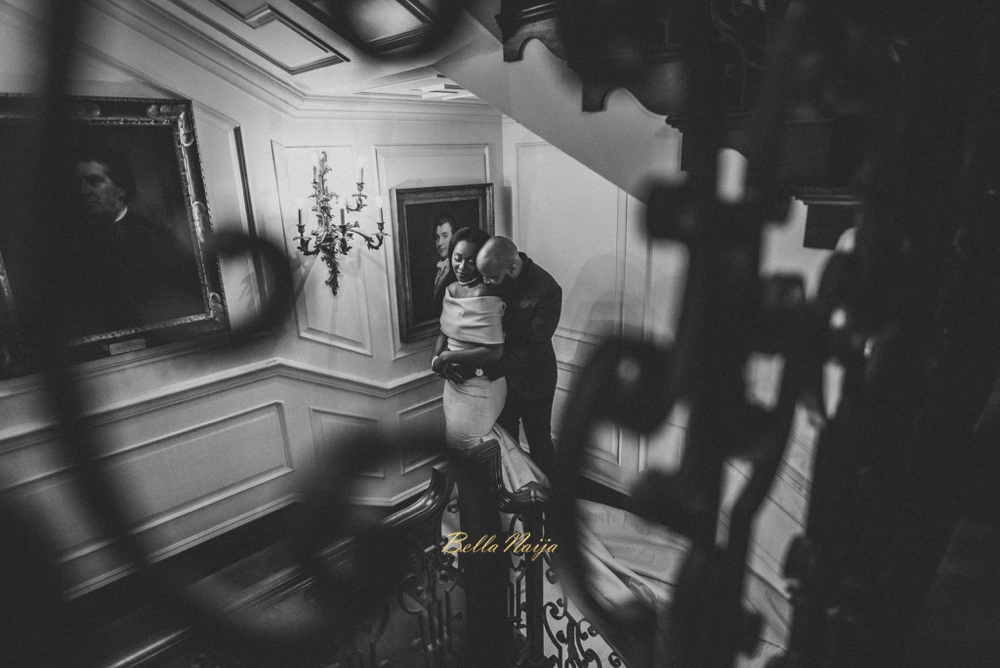 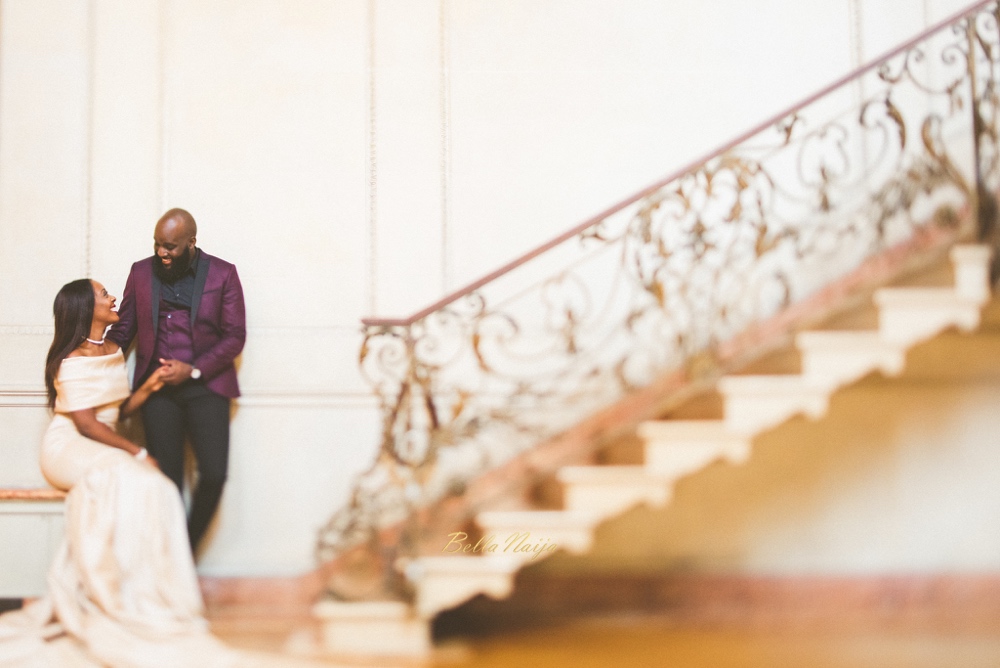 Instead I had planned a spa day for her and her very close friend Rochelle, who came in from New York to spend her birthday with her, and then from there to the movies and back home. When she got back to her house, she walked into a candlelit room with “All of Me” by John Legend playing in the background and was surprised to see me on one knee, and a host of close family and friends all waiting to receive her.

She was completely shocked and taken aback by it all, she stood outside for some time before she came completely into the house. I professed my love for her and asked if she would be my wife then we both teared up a bit. Needless to say she said yes, and her ring fit too! No resizing needed. 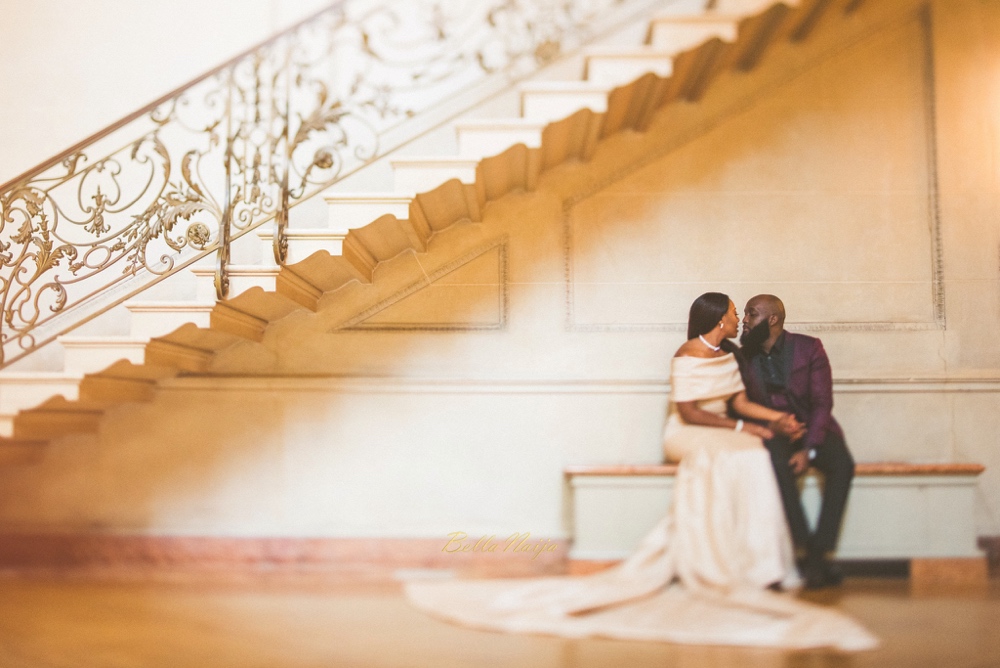 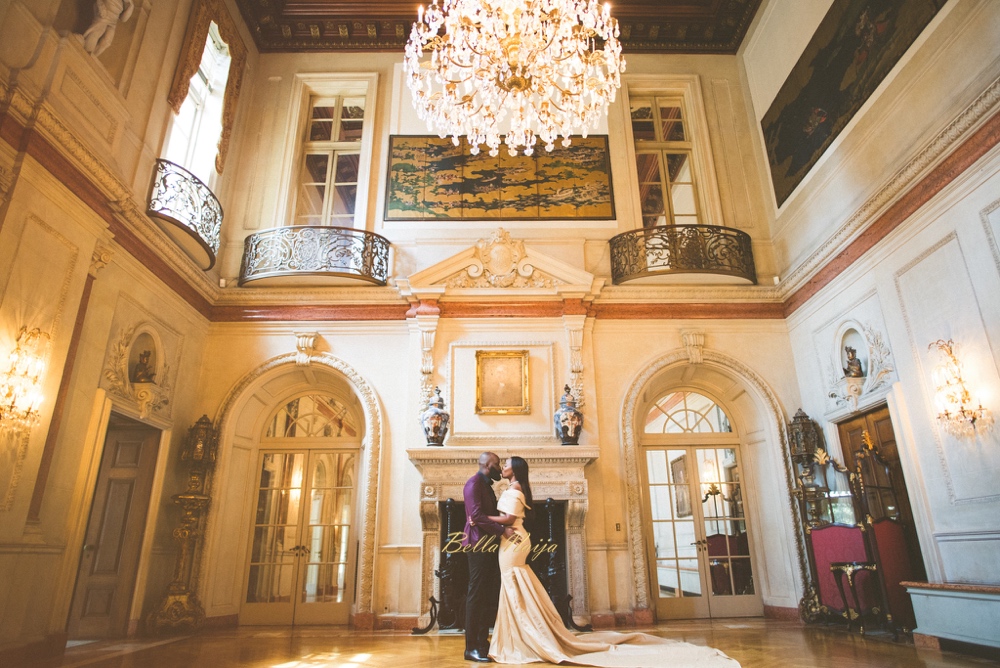 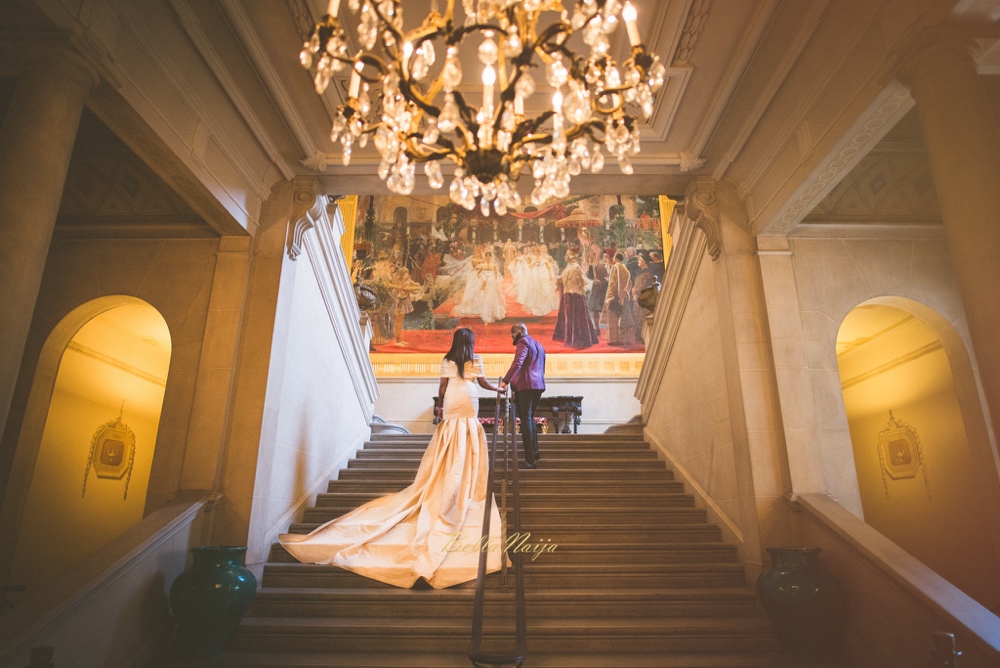