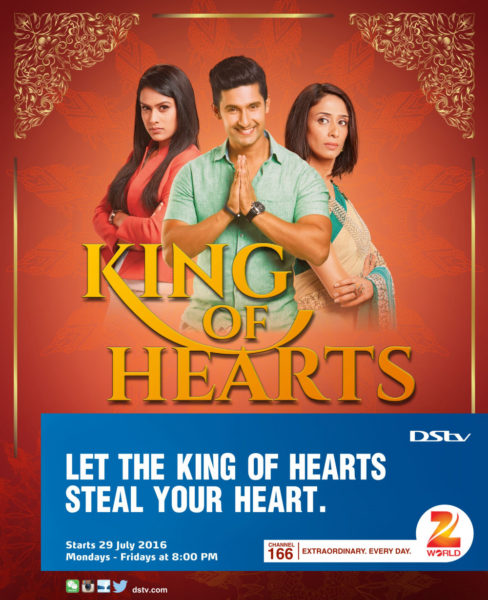 Zee World, one of DStv’s most loved channels brings to your TV screen, a brand new series called King of Hearts. This brand new series, debuts on Friday, July 29th at 8pm.

King of Hearts is the story of  Siddarth, a jet-setting hotelier with a growing empire, who will stop at nothing, to win the love of his life Roshni despite her problematic mother Durga Devi (DD). Durga Devi (DD) has a condescending view of the middle class; haven struggled from poverty to riches herself.

On the other hand, Roshni though born in a lap of luxury has a rebellious streak and a mind of her own and has not allowed her mothers ideologies taint her.

Watch how Siddarth and Roshni fight through the tests, to prove their love or sacrifice their love in-order to bring happiness of some sort within the house.

Related Topics:DSTVZee World
Up Next

Winning! 2Baba Becomes First African Musician to be hosted at the Home of Legendary Italian Inventor and Tycoon, Gaspare Campari