Oluwabunmi Oke: You Wanna Keep Your Father's Legacy Through His Name But Your Husband Isn't Having It 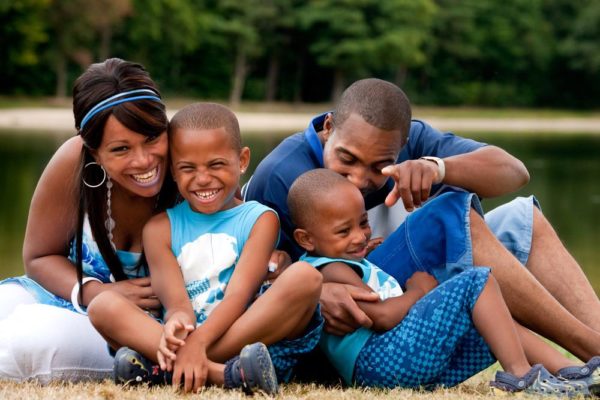 One beautiful Monday night I was watching Tinsel with my mother and on this particular episode ‘Brenda’ which is played by ‘Funlola Aofiyebi’ had a son with ‘Wale Ojo’ (I can’t remember his name on the show). Brenda decides to give the child her father’s surname, to continue her family legacy or so (I’m not really sure I don’t follow the show so often). The father of the child initially disagreed, because as an Edo man, he saw no justifiable reason for that. But then after a while for the sake of peace in their home, trying to find common ground, he suggested a compound name with his surname and hers. She refused; at this point I thought, ‘haha!? What kind of woman is this? She may be Ghanaian on the show, but she is also married to a Nigerian. Which man will accept this type of decision? To give your son your father in law’s surname.

I said out loud, ‘Na wa o, this woman is just funny’, – expecting some sort of support from my mother. She replied,‘What is wrong with it?’I said, ‘eh, you mean you see nothing wrong with it?’ My mother simply answered me in Yoruba asking if I was deaf and didn’t hear her explanation. By the time you start discussing in Yoruba with my mother, you know it’s time to shut up. The scenario playing out at home was a bit confusing to me at this point because I would normally be the one in support of such issues, but for some reason the tables were turned on this particular occasion.

I paused a little and reflected on the issue. It’s not like the man did not accept the paternity of the child. The man is very capable of catering for the needs of the child and at the same time very much alive. I think I have heard of a few instances where a child was given his maternal grandfather’s surname at birth; in such cases the father of the child would have denied paternity, or where the grandfather had no male child and one of the female children would have a child illegitimately on purpose to continue the family heritage. The second instance was merely hearsay.

I tried to analyse it in different ways but I still could not come to a logical conclusion. The best I could see was a compound name that will contain both surnames.

There are several factors to be considered: what of the paternal grandparents of the child? What about the other siblings this child would eventually have? Would they bear the same surname? The child in question would also need  some explanation as to why he did not bear his father’s surname.
Then I thought maybe I was not looking at the situation well enough, hence the reason for bringing the discussion here. What do you think? Am I over thinking it?

You Just Might Be TLC’s Next Great Presenter, So What Are You Waiting For? APPLY TODAY

Akanna Okeke: “What Do You Want To Be When You Grow Up?” The Wrong Question to Ask Kids!

A medical doctor, writer, entrepreneur who uses her writing to express the reality she finds herself in.