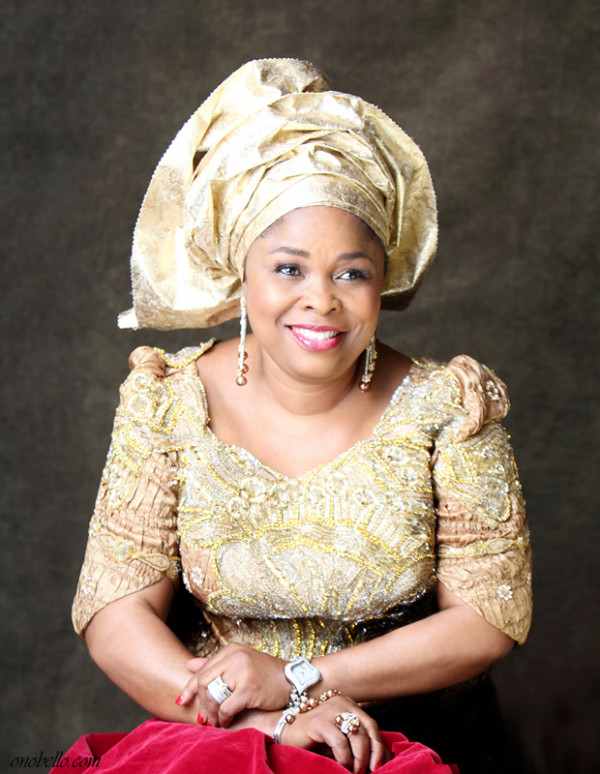 Former First Lady, Patience Jonathan has filed a N200m fundamental rights enforcement suit against Skye Bank Plc., following the freezing of four bank accounts, which she claims the Economic and Financial Crimes Commission (EFCC) has used to inconvenience and embarrass her, Channels reports.

In an affidavit filed by her lawyer, Sammie Somiari, she claimed that the EFCC placed a ‘No Debit Order’ on the four accounts in July in the course of probing one Waripamo Dudafa, a former Special Adviser on Domestic Affairs to former President Goodluck Jonathan.

The four accounts, lodged with the bank, are in the name of four companies and are said to have a cumulative balance of $31.4m

The EFCC upon completion of investigations, accused Dudafa and seven others, including the four companies, of conspiring to conceal the monies which the EFCC claimed they ought to have known formed parts of the proceeds of an unlawful act.

In the affidavit however, Sammie Somiari claims that it was Dudafa who helped Patience Jonathan to open the four bank accounts which the EFCC froze.

He said that out of the five accounts opened, only one was done with the former first lady’s name, while the other four were opened in the names of companies belonging to Dudafa.

The bank official, Dipo Oshodi, as it would appear did not effect or reflect the instruction of the applicant to change the said accounts to her name(s) despite repeated requests,” Somairi added.

Somairi said that Patience Jonathan, is the sole signatory to all the accounts and the $31.4 million belongs to her.

He also claimed that the bank manager who had promised to change the name on the ATM credit cards bearing the said companies’ names when he brought them to the first lady, never did so.

“However, since 2010 up until 2014 and thereafter, Mrs Jonathan had been using the cards on the said accounts and operating the said accounts without let or hindrance. Even in May, June and July 2016, the former First Lady traveled overseas for medical treatment and was using the said credit cards abroad up until July 7, 2016 or thereabouts when the cards stopped functioning,” Somairi added.

The former first lady, is therefore asking the court to order the EFCC to immediately vacate the ‘No Debit Order’ placed on her accounts.

She also says the action of the EFCC without a court order or prior notice to her is illegal, overbearing and constitutes a breach of her fundamental rights as enshrined in Section 33, 34, 35 & 36 of the 1999 Constitution.

She wants the court to order Skye Bank to pay her damages in the sum of N200m for what she termed a violation of her right to own personal property under Section 44 of the Constitution.