Onosen Mike-Ifeta: You Must Never Crave Acceptance From People Who Won't Give it To You 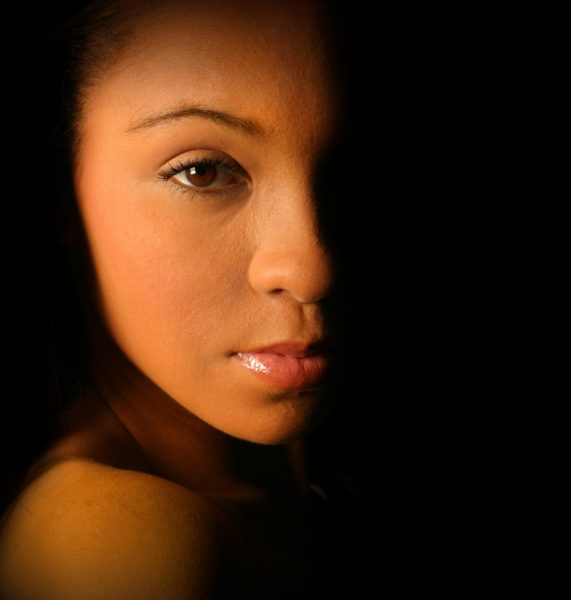 Without a doubt, we are usually the products of our childhood experiences which in turn influences our choices. As a grown woman who believes in the practice of self-reflection and analysis, I often find myself wondering why I am the way I am.

There is a joke between some of my closest friends and I, that I tend to kill an ant with a grenade. The strangest thing about that is I often wonder why other people don’t do the same. I am blessed to be married to a man who is the complete opposite of me, who to my shock and utter amazement, would rather ignore the ant than kill it. We couldn’t be more different in the way we handle things.

Back to what I said earlier about self-reflection and analysis, especially in respect of some of, my childhood experiences, I often wonder how they have affected me positively and negatively. Thankfully the gift of writing serves as a major therapeutic exercise for me.

I have written snippets of my family circumstances in bits here and there. If I am honest, a lot of my personality traits seem to have developed as a result of those experiences. For instance, I grew up knowing that my family was wonky, because of the history of adultery and polygamy and the subsequent rejection of my siblings and I – by my father’s other family. I do believe that this made me develop a strong resistance against rejection or the need to desperately seek acceptance.

For me, rejection in relations to matters of the heart is a big NO NO. I do not see the reason why any self-respecting individual should put themselves in a position where another person has to choose if they will accept them or not. I mean, what if they don’t choose you? Would you plead and grovel in sand, bruising your knees until you are accepted?

No one should give another individual that right.

I would rather be lonely than be rejected. I know that may sound corny, but the way I see it, humans are too fickle. Therefore, no one should put their right of choice in another person’s hands…period.

A person must determine in their mind that they are worth more than a million rubies, and they must carry themselves that way.

Let me share a story, that flickered into my memory trail today and caused me to smile – because I was able to link it up with my inherent resistance of rejection.

In 2003 I was on a flight from Lagos to Benin. I had just returned from my trip to the UK to start my year at the Nigerian law school, Lagos. I was super frustrated by the delay in catching the flight to Benin. I must have waited at the airport for close to three hours. When it was finally time to board the plane, I was exhausted from the long day and made my way slowly to board the aircraft. As I was walking towards the plane, I thought I saw someone that I recognized and immediately adrenaline pumped right into my blood stream. Was she who I thought she was? If she is, what should I say? Should I say anything? Smile or frown? Will she respond? A million what-ifs raced through my mind like a volcanic eruption.
As the adrenaline pumped into my blood stream, I could feel my heart pounding, not out of fear but out of shock. I turned to take a closer look to see if she was indeed the one but she had disappeared. The crew member’s shout of “next” jolted me back into reality as I boarded the plane. As I began to walk down the aisle to my seat, I saw her again, closer this time and boom! I knew for sure that she was the one. I was looking in her direction hoping to catch her gaze. I wasn’t sure if I should say her name or just wait until I was close enough. I could hear my heart beating faster.

Eventually, I was close enough to her, and I blurted out her name with a smile on my face and told her it was me. She stared at me, with a blank look as though she didn’t know who I was. At that moment I knew once again that rejection was about to be served, so I squared my shoulder, ran my hand through my dreadlocks, swayed to the beat of my favorite loud music and sashayed to my seat.

I thought to myself “what nerve she has, who cares, ain’t nobody got time for that.” All through the rest of the flight she completely avoided me. I didn’t want any mid-flight snacks; my stomach was filled with adrenaline instead. When we got to Benin, I noticed that she carefully avoided me. So, I didn’t get to see her as I alighted from the plane. I remember wondering why anyone would have such intense resentment towards another person for over twenty years. Then again if you don’t wear the shoes, you don’t know how tight it pinches.

Now that I think about that incident, it certainly gives more credence to the saying that it takes two people to decide to have a relationship but only one person to forgive. You can never force anyone to accept you. Let’s rephrase that and say: you MUST never crave acceptance from people who will not give it to you. If you do, you damage your self-esteem.

That girl I saw on the plane was my half-sister.

KC Agu: 4 Ways to Strike a Perfect Balance Between Your Side Hustle & Your Day Job

Onosen Mike-Ifeta writes from North America where she lives with her husband and two very boisterous boys. In 2013 Onosen decided to become a stay at home mom; she still questions the wisdom behind that decision, especially when the boys are screaming the house down and there’s no where to hide. Onosen is the face behind http://www.vividlyinspired.com