Queen: But He Didn’t Propose... 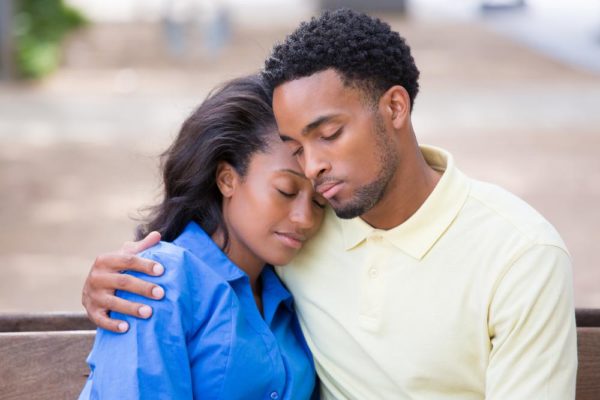 When reading through stories of amazing proposals and re-proposals and rings with mighty rocks, I usually go straight to the comments and try to understand people’s perspective of such stories.

Having read a lot of those, I realized that most ladies are now more scared of getting proposed to with a tiny rock or without the usual paparazzi than they are at the thought of the man not proposing to them at all.

Yes, it is that serious.

Eagerly, after the whole introduction of calming her down, I asked her what was making her so worried. For some weird reason I actually thought she wanted to cancel the wedding, but didn’t know how to go about it. (I guess it’s because I treasured their love story and didn’t want any surprises, so I prepared my mind for the worse)
She finally had the courage and asked, “Babe, do you think it is absurd that Jide didn’t propose with a ring and in front of everyone”?

While I was trying to get my head around the not-so-tough question, I asked her why she was suddenly bothered by that fact as they had been planning the wedding for 14 months and been together for 6years. She answered that everyone she had sent invite to have either asked her to send them a picture of her ring or share her proposal story. And every time she answered that she had neither of both, they made it look like she was making a mistake.

I am a sucker for romantic stories and thoughtful acts, but I just wish everyone would do what truly pleases them and let the pressure stay on social media.

First, my friend Ronke is a very private person who started dating Jide from University days and always talked about how Jide couldn’t wait for her to be done so they could get married.
So, it was almost normal when she finished her compulsory National Service and asked that Jide could visit her parent officially with his family whenever he was ready.

Jide who was just waiting for her to be done, visited the same month she got back and at that first meeting, the parents asked them when they planned on getting married and excitedly by default, they chose a date.

Don’t forget Jide truly loves Ronke and she also loves Jide happily, so they had started the plans enthusiastically.

Now, she is all of a sudden thinking maybe he should have formally knelt down and given her a huge ring so that she can share her stories/pictures with the world?

I don’t think anyone should bother about that. Your love story is so sweet and two of you genuinely love and adore each other so why should anything anyone says matter?

I understand why she was thinking about it and hoping maybe Jide will officially propose even though they were getting married in the following week… But that shouldn’t even make anyone break a sweat. (I think).

The original intention of proposing is to UNPREDICTABLY asking your partner to marry you. Usually, it is unexpected because you haven’t both committed or agreed to doing this and the relationship’s next step sits at either 50% chance of a proposal or 50% chance of a break up. Hence, the SURPRISE.

However, I find it hilarious and maybe pretentious when I see people who have done either their traditional marriage/introduction or court wedding share a proposal story, acting all surprised that he asked her to marry her… Come, on babe. You already married him or going to marry him anyway.

I can’t wrap my head around the reason behind those tears or screams and stunned face… Why? Except maybe they got excited by the rock (which I think can be given privately).

Nonetheless, like I always say, live and let live. So, if you decided to re-propose after 10 years of marriage… Who am I to define what proposal mean? Who asked me?  It’s just one topic that makes me laugh hard and I decided to write about it.
…Cheers and happy married life to everyone who just got proposed to (secretly or openly).

Atoke: I Laughed So Hard at the Screening of Omoni Oboli’s Okafor’s Law, I Forgot to Stare at Blossom’s Pecs