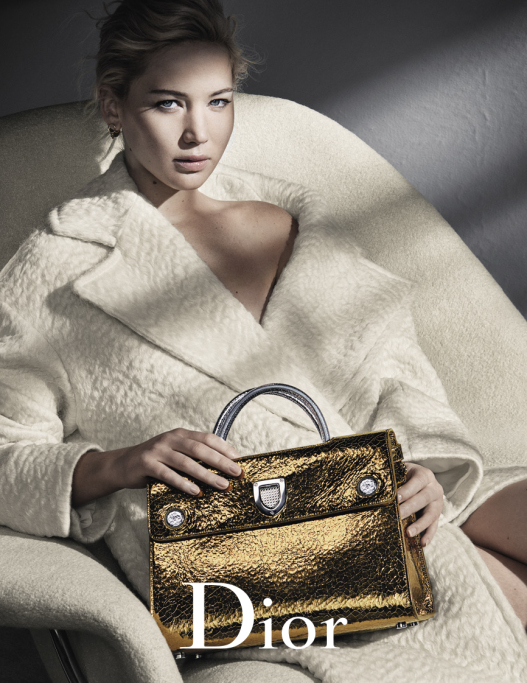 Jennifer Lawrence, who rcently crowned the world’s highest paid actress for the second year running, looks stunning in her latest Dior ads, lounging in a creamy coat and clutching a gold Diorever bag.

Patrick Demarchelier lensed the Fall 2016 spots in a New York photo studio, employing minimal props, gray walls and slanted light that casts shadows on her prominent cheekbones and off-the-shoulder cable-knit sweaters. The images are to break first in Dior Mag on Monday.

In a brief behind-the-scenes video of the shoot, the “Hunger Games” and “Joy” actress calls the fashion shoots “easy and relaxed” and dubs the Dior bags she cradles in every frame “chic, stylish and cool.” Chain-handled Diorama bags are also featured, some styles in a tufted, velvet embroidered logo print.

Dior tapped Lawrence to be a celebrity face in 2012 and the actress appeared in her first handbag campaign in 2013. 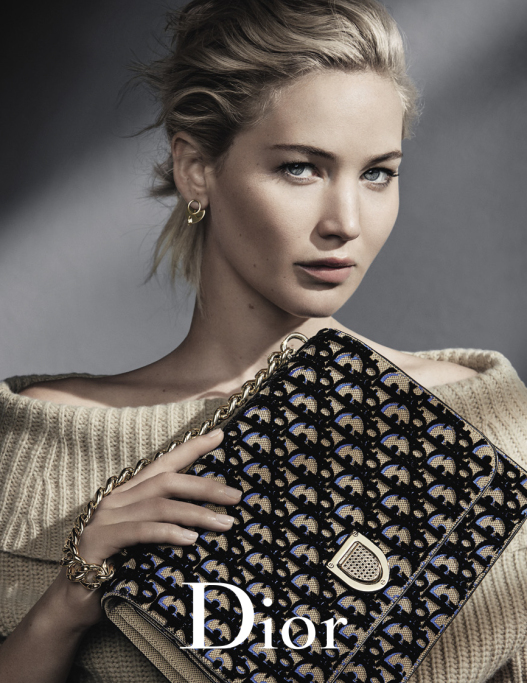 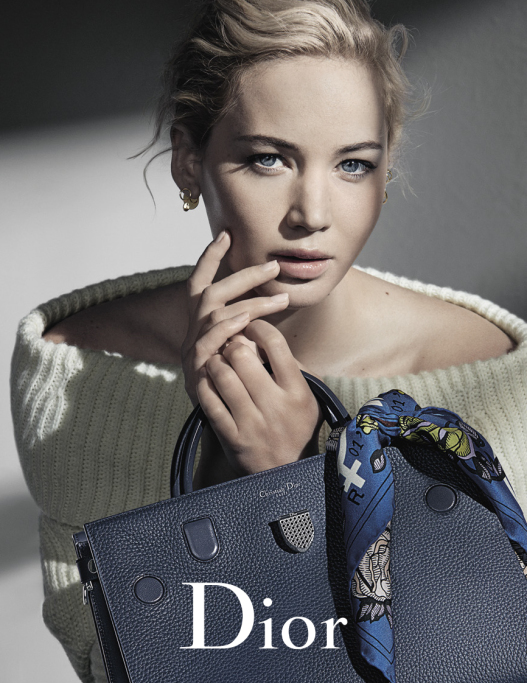 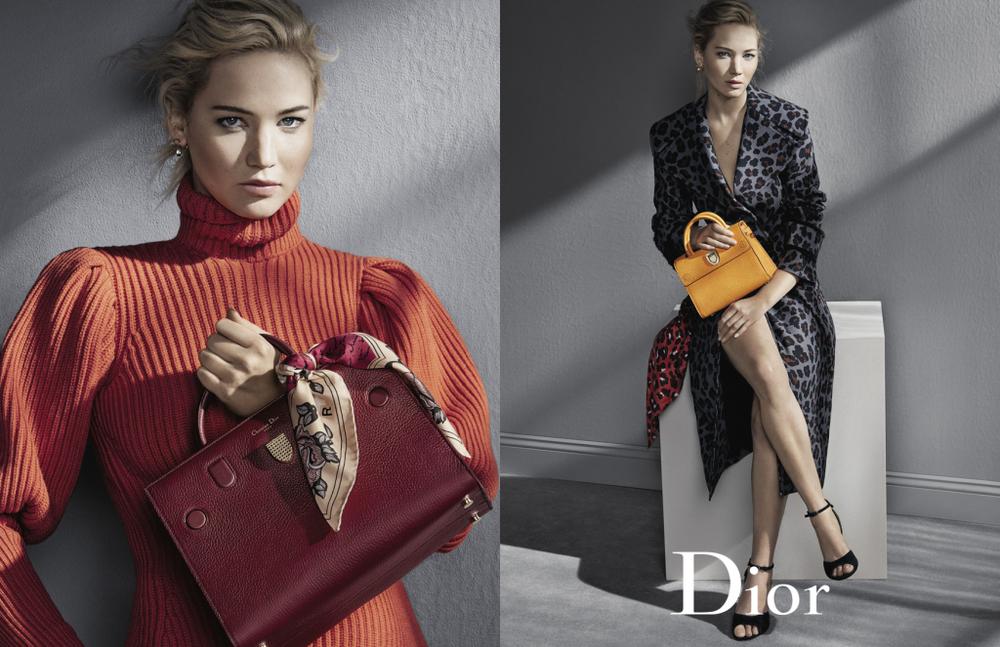 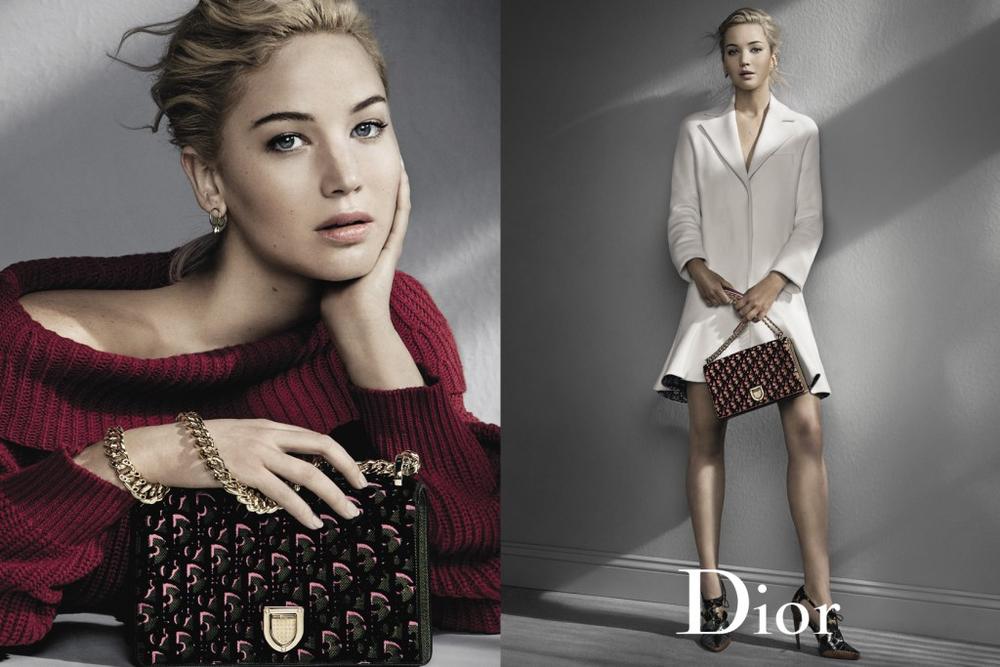 #PostAndDelete: Toke Makinwa’s Bestie Kunbi Predicted Her Union a Year Ago & Said Toke will Get Married in 2017 – “Whatever you are trusting God for, don’t give up”