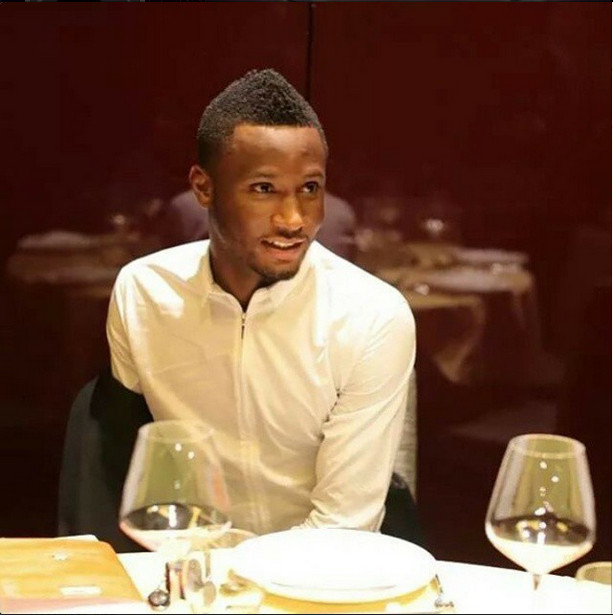 Super Eagles Captain, John Obi Mikel, said he had matured to shoulder the responsibility of the team as Nigeria sought qualification for the 2018 World Cup in Russia.

Mikel said this at the team’s interactive session with the media on Friday in Abuja.

“Sometimes when you are young, you make mistakes but the more you grow up, the more you know the things that are more important.

I think that I am beginning to know where I come from and that is more important than anything.

I have more responsibility now to lead the country and the team; I think that is what I am doing right now because I enjoy every bit of it,” he said.

The Chelsea midfielder said that the Eagles would use the opportunity of the World Cup qualifying matches to make up for not qualifying for the Africa Cup of Nations (AFCON) two consecutive times.

He acknowledged that the weather would be hot in Zambia, going by the time of the match with the Chipolopolo, but assured that Eagles would be careful to avoid a defeat.

“We want to use this World Cup qualifiers to put things right; I don’t think we are under any pressure but we must put in our best to win.

I think we have to go out there and play well to win; we want to qualify for the World Cup and there is no doubt about that.

Just like the coach said, we will not only be thinking about scoring but to also defend to ensure we win.

So, we have to attack together and defend together; in doing this, we are sure of winning Zambia in Ndola on Sunday.

I am always ready to lead the team since I took over the Eagles captaincy because I know the responsibility on my shoulder and I will never shy away from it,’’ he said.

Mikel said that he was eager to lead the team to the World Cup, the way he led the Dream Team VI to the 2016 Rio Olympics.

On his part, Arsenal attacker, Alex Iwobi, said that the team was going to Zambia for the maximum three points.

Iwobi said that the quality of players the team possessed was capable of defeating any team in the group.

William Troost-Ekong and Chisom Egbuchulam who were among the four players that interacted with the media said the match against Zambia was very important to the team.

Egbuchulam, who won the Nigeria Professional Football League (NPFL) title with Rangers International FC of Enugu, said the team was working to pick the three points in the game.

Nigeria defeated Zambia 2-1 to win a memorable Africa Cup of Nations final in Tunisia in 1994.

The Eagles are expected to depart Abuja for Ndola on Saturday for the crunchy tie against Chipolopolo on Sunday.

The team will host Algeria on November 12 before four more games next year in the qualifying matches.