A Twitter user has, since on Wednesday, been calling out another user for allegedly threatening to leak nude photos of ladies when they refuse to offer him sex. 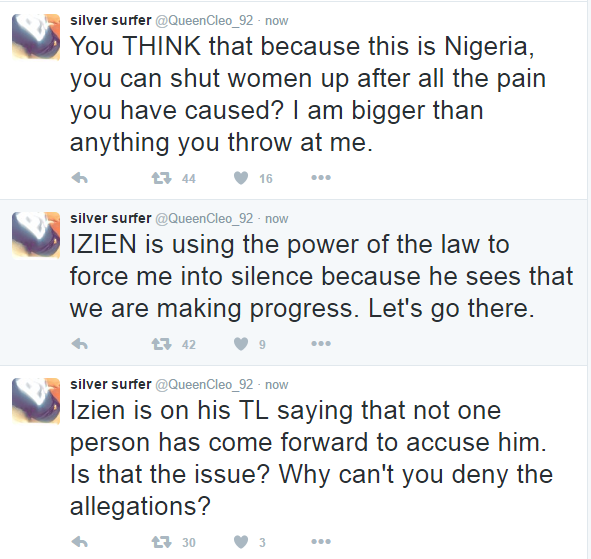 The accuser also shared some DMs from other supposed victims.

The accused went on his Twitter handle to respond to the allegations, calling on all those with evidence to present them. 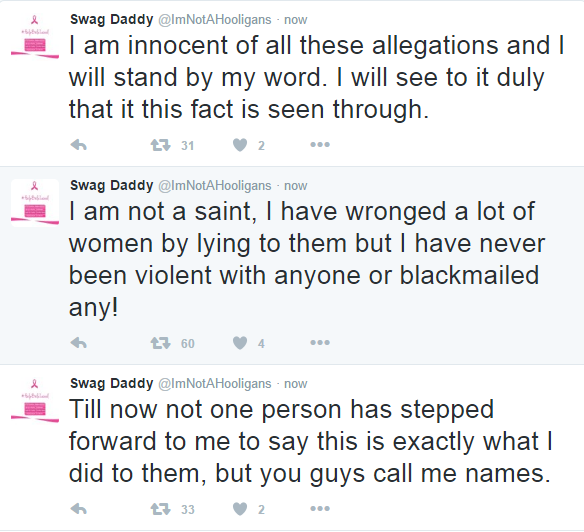 He also went ahead to tweet at the accuser’s former employers that she is defaming his character and bullying him online.

He also, through his lawyers, sent the accuser a letter to withdraw her accusations of be charged.

Following the development, some of the accused’s Tweets from five years ago where he advocated for rape were dug up. 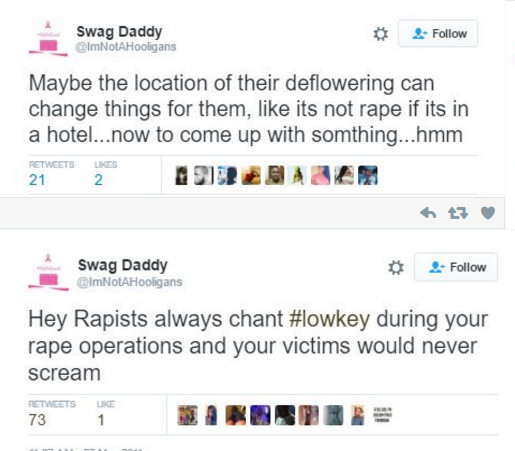 Related Topics:Sexual Predation
Up Next

A Diamond in the Rough! Here’s how Kelechi Amadi-Obi turned a Pillow Seller into an Aspiring Model

Kelly Clarkson Reveals she made her Husband get a Vasectomy