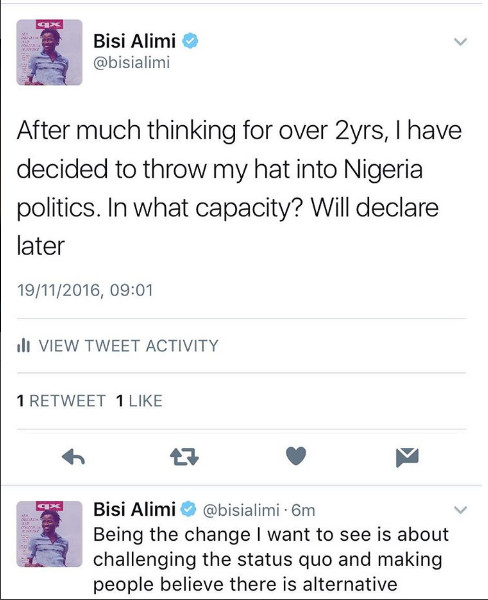 Gay rights activist, Bisi Alimi has said that he has decided to run for political office in Nigeria.

Alimi, who recently got married to his Scottish lover, shared a screenshot of a tweet where he said he had finally decided to throw his “hat into Nigerian politics” after thinking about it for more than 2 years.

He captioned the photo: “Yes! Will you join me?”

Yes! Will you join me?

Freeze agrees with Chiekezi Dozie: “if you’re a Yoruba man and you want to be successful in life, marry an Igbo woman”