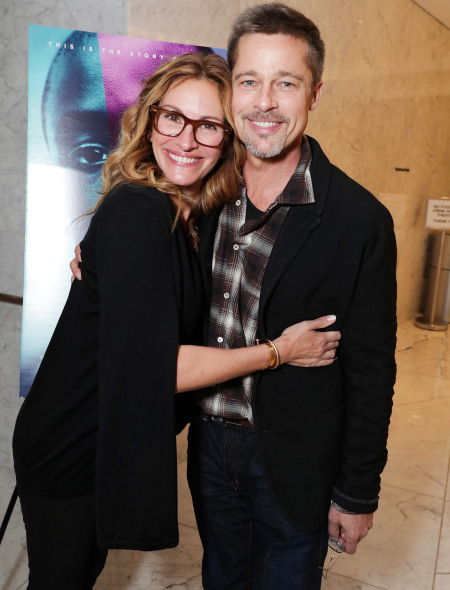 Brad Pitt and Angelina Jolie separated in September 2016 and since then the actor hasn’t been spotted out in public.

He was spotted for the first time last night at a private screening of “Moonlight” in Los Angeles. He was spotted with his friend Julia Roberts.

The 52-year-old’s outing comes one day after a rep for Angelina Jolie released a new statement saying that the former couple has reached a legal agreement about the custody of their six children: Maddox, 15, Pax, 12, Zahara, 11, Shiloh, 10, and 8-year-old twins Knox and Vivienne.

According to reports, Brad Pitt will be making his first red carpet appearance tonight at the premiere of his new film “Allied” alongside his costar Marion Cotillard.