MAC recently announced that Empire co-stars, Taraji P Henson and Jussie Smollet will be the face of their next Viva Glam campaign set to debut in February.

Viva Glam is the MAC AIDs fund, started in 1994 to raise money and awareness about the disease by donating 100 percent of the sales of their Viva Glam lipsticks to help fight against HIV/AIDS. To date, the cosmetics’ brand has raised more than $400 million toward the cause and we expect this next campaign will add substantial funds to the pot. 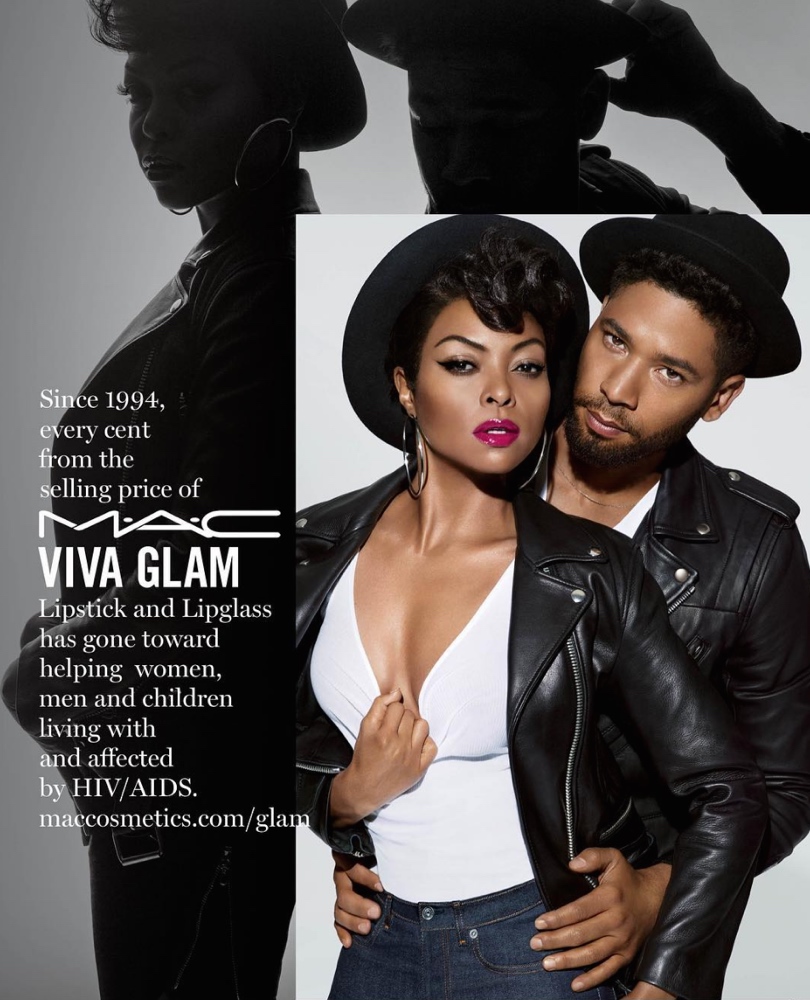 Caption:
Vibrate with confidence and panache! @tarajiphenson and @jussiesmollett are the latest faces of our VIVA GLAM campaign! Since 1994, every cent from the selling price of M·A·C VIVA GLAM Lipstick and Lipglass has gone toward helping women, men and children living with and affected by HIV/AIDS. Coming February 2017! #VIVAGLAM

Power! Poise! Pizzazz! Do it the @tarajiphenson and @jussiesmollett way. Be a force to be reckoned with in Taraji’s matte fuchsia with pearl Lipstick and matching shimmery Lipglass. Coming February 2017! #VIVAGLAM

Gladiators, Are You Ready? WATCH the Trailer for “Scandal” Season 6