No Land for Grazing Reserve in Benue - Governor Ortom 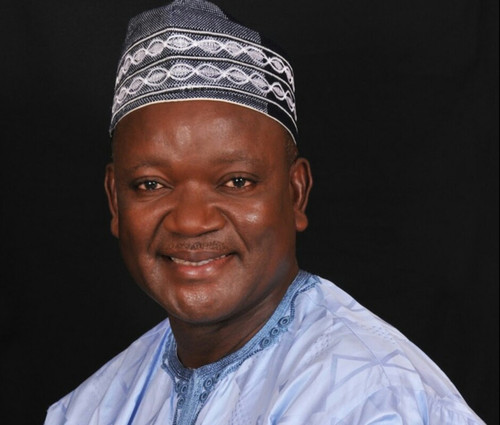 Governor Samuel Ortom of Benue state on Friday said the state government would not concede any part of its land for establishment of grazing reserve for herdsmen in the state.

Ortom made this known during the handing-over and inauguration of Daudu Shelter Project for Internally Displaced Persons (IDPs) in Guma Local Government Area of the state.

The 100 bungalows project was initiated by United Nations High Commissioner for Refugees (UNHCR) in collaboration with the state government and Benue Non-Governmental Organisation Network (BENGONET).

Ortom, who was represented by his deputy, Benson Abounu, said that 80 per cent of the people of the state were farmers which made their situation a peculiar one.

He disclosed that the law of the Northern Nigeria that demarcated 17 places for grazing route in 1950s did not gazette any portion of land in Benue.

According to him, in the 1950s when we had those grazing routes, we had just between 45 and 59 million people in Nigeria.

Even the 925,000 square metres of land decreased because Bakassi had been ceded from Nigeria; how then can you have land that you will say Benue people should give away for grazing?

Like any other business, when you want to do business you go and ask for the land and buy it and when the government gives you the Certificate of Ownership, you then build on it.

In the same manner, since cattle breeding is a personal business of somebody, nobody has a right to force Benue state to create a grazing land.

Going by international best practices, any herdsman that want to come and rear cattle in Benue should come and ask for land to build a ranch,’’ he said.

The governor also expressed the government’s readiness to continue to partner UNHCR and entire UN system in Nigeria towards actualizing the “Songhai project initiative” which had already been proposed by UNHCR.

He added that having a source of livelihood and economic empowerment for the IDPs remained one of the surest steps to be taken not only by the government but also by the UN.

According to him, currently, empirical information on the losses in food, human lives and property of IDPs and affected communities appears quite challenging to figure out.

“But beyond that, the state government wishes to see the UN system assist her in building institutional data gathering and management systems for their collective vision for a new Benue.

Shelter remains at the core of the basic needs of man, and to lose one is really an affront on one’s dignity and self-esteem.

It will be impactful if the UNHCR and the UN community consider working further with Benue government towards a cost-effective model that will empower IDPs to return safely to their homes.

Let’s talk and collaborate on this in the days ahead to enable making necessary financial adjustments in view of the dwindling resource base of the state at the moment,’’ Ortom said.

He commended UNHCR for its commitment to alleviating the suffering of the IDPs in the state, and urged the agency to assist the state government to replicate the project in other parts of the state.

He said that the government had activated discussions to factor the IDPs within the social investment scheme, especially the component on cash vouchering for indigent ones.

The governor called on the Federal Government to consider including Benue on the list of presidential and humanitarian interventions in the North-East.

This, according to him, is in view of the insurgency-related crises in Benue and the North-East.