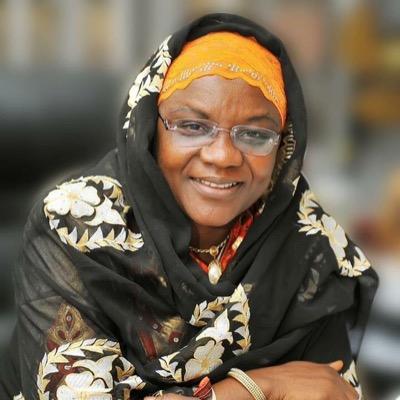 Sunmonu told the Correspondent of the News Agency of Nigeria (NAN) in New York on Thursday that giving franchise to Nigerians abroad would give the impression that “they are part of the system”.

“The first thing that we must do is for Nigerians to have their rights to cast their votes anywhere they are. If you cast your vote, that makes you a part of the system,” she said.

She also said her committee had suggested how Nigerians in the Diaspora could vote in future elections.

According to her, the Diaspora Nigerians who have the Permanent Voter Cards (PVCs) can cast their votes as the PCV has all their personal data and fingerprint.

“The Nigerian Passports that are issued to people outside the country is the same thing with fingerprints and personal data. They can use that to cast their votes outside. So that shows they are Nigerians.

If we start from there and they know that Nigerians outside can as well vote, then they will be able to know that we incorporate them into the system.

They will know that it is their rights to come and fight for anything in Nigeria, to come and say yes, this is our votes in New York, Switzerland or anywhere.

We must start with that; that is where we must start, to make them eligible to vote,” she stated.

Sunmonu, however, said she could not promise that Diaspora voting would be a reality in the 2019 general elections.

“I can’t say but we know that as things are going now, the Senate will not hesitate to do its best and I will say that I give kudos to the leadership of the Senate who is looking at this. I know the committees on Independent National Electoral Commission (INEC), Interior, and Foreign Affairs will all work together to see what we can do for Diaspora and for Nigerians just to make Nigeria move forward.”

She advised Nigerians to be law-abiding wherever they are, to avoid running into troubles outside the country.

“We just advise Nigerians to be law-abiding and for them to know that the law of the country where you are must be adhered to at all times. This is because, we will not support somebody who has violated the rules and the laws of his or her host country; we only can support when it comes to representation. But we will advise and we are begging them to please make sure that they do not violate the rules in their host countries.”

Sunmonu said the committee had been able to respond to some of the challenges being faced by the Diaspora.

“Like in South Sudan, when some people were being killed, we were able to investigate that by working closely with the Ministry of Foreign Affairs.

When we heard about Nigerians being deported from U.K in large numbers, we invited both the Controller of Immigration and the Minister of Foreign Affairs.

So we were able to get on top of it. With the ministry, we made a trip to the United Kingdom to investigate this and we were able to see that only about 45 Nigerians were deported.

I’ve been to South Africa; we’ve got involved with the problems being faced by Nigerians outside. I promise that we will not relent on our efforts in the coming 2017 to do more than what we actually did in 2016,” she added.

So Inspiring! This Nigerian Man wrote WAEC 4 Times, JAMB 7 Times and was called a Failure…but now his Story has changed