Debby Osa: Are You a Contract Staff? Here Are Key Things to Note During Negotiation 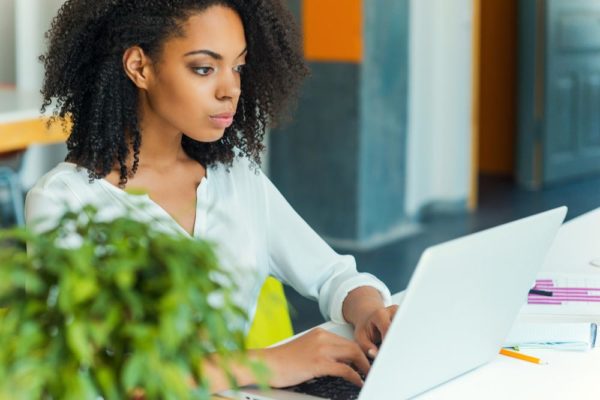 Ade is a Disc-Jockey (DJ) who also owns a musical studio. However, he graduated with a 2.1 in Geography and Regional Planning. He worked with his first degree for about three years but felt unfulfilled. Through a friend, he stumbled into DJ-ing and never looked back – until a former boss who remembered his work ethic called him up. He was opening an office and recruiting staff, and wanted Ade.

Ade politely turned down the offer. The boss pushed, prodded and persisted. After weeks of intense pressure, Ade decided to come on board, but as a contract staff instead, working a certain number of days in the month. On those days, he had to work from the office. The boss was elated, and told Ade to name his price.

Off the top of his head, Ade did – without knowing the going rate in the industry. That was mistake number one.

A few months later, the company expanded and changed location. He was invited to move with them, and a salary increase of 50% was offered. Because he had something else on the side, and felt he didn’t really need the money, he didn’t negotiate. Mistake number two.

A senior colleague in the industry told him ‘That salary is quite low. At least double it.’ However, he didn’t want to seem too greedy for a contract staff, so he didn’t bother.

At the new office, there were lots of new faces, and they all started getting to know each other.

Then it began. Subtly at first, and then more openly.

During general meetings, names of attendees were usually typed out either randomly or in order of arrival – except for the bosses.

After some time, the company’s accountant was permanently delegated to handle the minutes of the meeting. When the minutes were circulated, Ade began to notice that the names were always written in a particular order – irrespective of the arrival time of the attendees. His name came near the bottom of the list.

Initially he didn’t mind – after all he was just a contract staff – until he began to notice a certain superiority among his colleagues. Little statements and attitudes that started to make him feel inferior began dropping. Someone actually said, during an argument, ‘Please, we are not on the same level’. He was indignant. He wasn’t the only contract staff, so why was he, in particular, made to feel lesser?

Then one day, it came out. The company had just hired new staff, and one of them was having issues with an older staff. There was also a lot of vagueness from the management regarding the level of the new staff, so Ade asked a colleague, ‘What’s with all the ruckus? Whose level is higher? A (old staff) or B (new staff)?

Ade was genuinely puzzled. He asked, ‘Are you sure? I don’t think so. If that is the case, why does management treat New staff B like he’s Old staff A’s superior?’

She shrugged and replied, ‘I don’t know, but we know A is superior because we have seen his salary – and it is more than B’s’.

Later on, Ade said ‘It was at that precise moment the light bulb went on, and the penny dropped. Everything began to fall into place – my name being near the bottom of the list; the ‘We are not on the same level’ statement; the air of superiority by lower level staff etc. I finally understood.’

And the only reason this was happening was because he had been too ignorant, too careless, and too naïve to negotiate.

B might have been better than A, but if he had poorer negotiating skills, he would have been perceived to be ‘lower’ than ‘A’ in the corporate world. It had almost little or nothing to do with his experience, age, or skills. It had everything to do with his ability to negotiate. If he had bargained harder or better, and had gotten more than A – or even equal – he would have been regarded as superior. So, even though management treated him like he was superior, his colleagues treated him like he was ‘lower-cadre’ staff.

The reason for this topic is because at one time or the other, many young entrepreneurs will find themselves working with corporate organizations on projects – usually as contract staff. The following guidelines would be helpful when it comes to setting your fees.

Know your rates in the industry
Ask, ask and ask – people, Google, bosses and colleagues in the same field in other organizations. Ignorance is NOT bliss. Don’t sell yourself short.

Don’t be afraid to name your price
No matter how high it might seem – to you. Don’t worry, no matter your price, the organization would still negotiate. It is better to be too high than too low.

Don’t think ‘It doesn’t matter’
Ade really thought the salary wouldn’t matter. After all, he had something on the side. But once word gets around that your salary is lower – contract staff or not – it is perceived that your value is not as important as the others. And trust me, perception can greatly influence productivity.

Don’t be afraid to re-negotiate
Once you find out you have been ‘short-changed’, ask for a re-negotiation or price increase, confidently stating your reasons. However, this wouldn’t be possible without the following point, which is

Make sure you are adding immense value
This is absolutely the most important point of all. Make sure you are almost totally indispensable, and what you are bringing to the table is what your contract employers would fight to keep you for. Please, forget re-negotiation if your value is negligible or questionable, and another person can do your job at the same rate. If your renegotiation is  still turned down,

Don’t be afraid to walk away
In this ‘Change’ era, this might sound crazy, but I have learned something about life. You tend to act in an environment like you are treated. If you feel you are perceived as valuable, superior, or ‘worth it’, you tend to display these characteristics and live up to that perception. Your output automatically becomes maximally positive and productive.

The reverse is also the case.

In an environment where you feel you have to struggle to prove your worth, it takes extra effort to try to change perception. Effort that should be going into the job itself is used to prove a point – not to mention the resentment that begins to build in you. My advice? Leave, or begin to make arrangements to leave. It would be oh-so-absolutely worth it!

Ngozi Adebiyi’s Business Nuggets: Put a Price on Your Freedom