Ngozi Adebiyi's Business Nuggets: Put a Price on Your Freedom 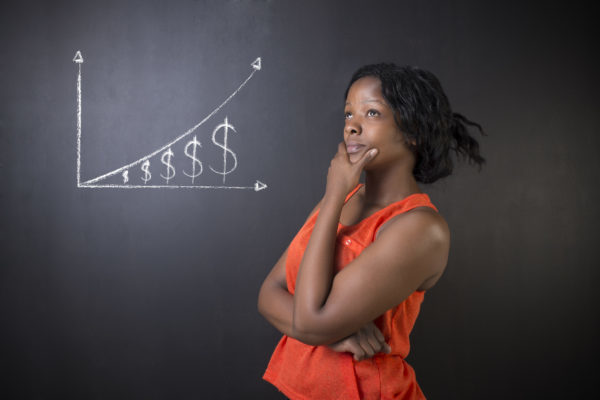 ‘Put a Price on Your Freedom’ – When I first heard this phrase I was going through in a challenging phase in my life which required making life defining choices. Should I continue a fast moving career in HR in corporate Nigeria or just take this entrepreneurial freelancing to an all new level?

I was speaking with a mentor who may not even remember this conversation but while I whined about my income and wondered when I would be able to pay myself what I was comparable market rate for my skills, he responded with the phrase – put a price on your freedom!

It hit home then, and as I continue to grow on my entrepreneurial path (which is exactly where I’m supposed to be) it behoves me to ask you a similar question – Have you put a price on your freedom?
Freedom is defined as the state of not being imprisoned or enslaved.

Price is defined as the amount of money expected, required, or given in payment for something.
Price on your freedom in my definition would be stating in not only monetary terms but in value of moments, your state of liberty at any given time ‘t’.

If you decided to take time off to chase a business prospect which you got and provided an opportunity to scale your business, that’s a price of freedom if you viewed the opportunity cost (cost of alternative foregone).

Being able to go to your child’s Christmas concert and stay the whole time without having to dash back to work is an element of “freedom” – it doesn’t come cheap in money terms but worth its weight in value of moments.

You maybe in that phase where you’re unclear on what needs to happen or what the next direction is regarding one or more areas of your life. Are you aware what you do with your current “free” time determines a whole lot in the future? Have you put a price on this “freedom” or would you let it go to waste?

When Steve Jobs dropped out of school, it’s on record that he occasionally hung around campus and dropped into some classes – one of which was calligraphy. Excerpts of his famous Stanford University commencement speech of 2005:
“…Because I had dropped out and didn’t have to take the normal classes, I decided to take a calligraphy class to learn how to do this. I learned about serif and sans serif typefaces, about varying the amount of space between different letter combinations, about what makes great typography great. It was beautiful, historical, artistically subtle in a way that science can’t capture, and I found it fascinating.

None of this had even a hope of any practical application in my life. But 10 years later, when we were designing the first Macintosh computer, it all came back to me. And we designed it all into the Mac. It was the first computer with beautiful typography. If I had never dropped in on that single course in college, the Mac would have never had multiple typefaces or proportionally spaced fonts. And since Windows just copied the Mac, it’s likely that no personal computer would have them. If I had never dropped out, I would have never dropped in on this calligraphy class, and personal computers might not have the wonderful typography that they do…”
Putting a price on your freedom is about mentally monetising what it takes to do the things you love and appreciating them for the price that they come to you today….next to nothing in naira terms but worth its weight in gold! #PutApriceOnYourFreedom.

Debby Osa: Are You a Contract Staff? Here Are Key Things to Note During Negotiation

Ngozi Adebiyi is the Lead Consultant at OutsideIn HR & Career/Leadership Coach @ OutsideInCoach. Our focus is practical interventions that address the challenges of businesses today. We specialise in HR Business Partnering & Leadership Development with the goal of revolutionising HR in Nigeria & consciously unleashing inner greatness! [email protected]