Debby Osa: Keep Pettiness & Sentiments Away from the Workplace 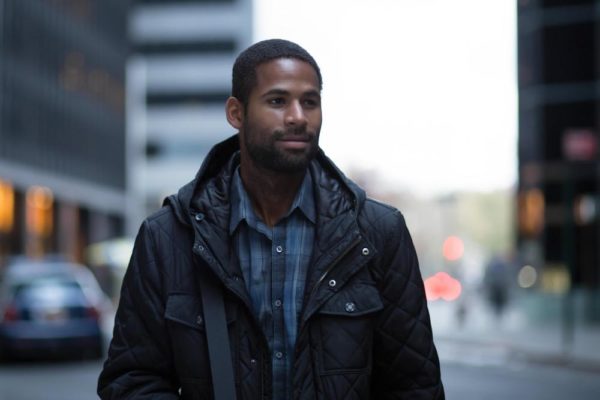 To explain this topic, I will just share two personal experiences.

First experience: My first major job after my national youth service was as a client service executive in one of the companies owned by a world renowned individual. Apart from the usual admin staff, we had graphic designers and a production line who handled the clients’ jobs.

After I resumed, I began to notice a pattern. When any of the designers or production staff was happy (with you), they worked on your clients’ job and churned them out quickly. If they were upset for any reason, they sulked, refused to talk to you and were either snail-slow delivering your clients’ job – or didn’t work on it at all. They would be petted, or ignored – depending on the mood of the executive working with them, and of course, the clients usually suffered.

The first time it happened to me, I was surprised because I believed a job is a job is a job. After it happened a few times, I went to meet the head designer who was upset over something. He was even surprised I was speaking to him, because the usual thing was to send someone when you were upset. He brusquely told me the design wasn’t ready. I asked him when it would be, and in the same tone, he replied, “I don’t know.”

I looked him straight in the eyes and told him, “I am not interested in whatever is upsetting you. You might not like me, you might be upset with me – I honestly don’t care. Just be professional, keep your sentiments aside, and do your job. The clients come first. So, please, tell me when the design would be ready, so I can inform the client.”

I could see the stunned and furious look in his eyes as he tried to bluster, but he gave me a date and the design was ready. I used that same method with every other member of staff. I refused to do that high school, petty, I-will-not-talk-to-you routine, especially when it involved the clients’ jobs. We might both be seething but I would ALWAYS be crisply professional and talk to you directly about the job. Very soon, that attitude caught on and became the norm. You might have loathed the very ground another staff walked on, but jobs were done and delivered professionally.

Like most companies, we had quarterly appraisals sent from the Group Head’s office. There were the usual appraisals by our superiors, and then, the general appraisals where everybody assessed someone else secretly – boss, colleague, subordinate. These appraisals – which included strengths, weaknesses, areas for improvement, recommendation for salary increase or promotion etc. – came in sealed envelopes with names written on them. You picked yours, and assessed the staff whose name was written on the appraisal form inside.

We had the first appraisal, submitted our forms, and went on with work. When the second appraisal came round, a few of us were given two envelopes each with our names on it. Like the others, I was surprised; but we merely shrugged, filled the forms and submitted them.

At the next appraisal, I had three forms, while others had two and the majority one. The following day, after we had submitted our appraisals, two more forms were sent to me…and no-one else.

It got to a point where I had to fill as many as five forms during an appraisal.
You can imagine how that went down in the office.

Now, it was a very uncomfortable situation, but the simple truth was that my assessments were honest AND fair.

If you were my ‘friend’ and you were sloppy at your job or unprofessional with the clients, I would write it under ‘weaknesses’ or ‘areas of improvement’ – especially when you had been cautioned and it was negatively affecting the job.

I didn’t expect less from you.

If we were not ‘friends’ but you were good, I would still assess you correctly. I remember I once had such a major altercation with a colleague over a personal issue, we didn’t speak to each other for weeks – except for work purposes. I mean, we were both furious!

During this period, the appraisal came and I was given her form to appraise. I was still mad and steaming, but I listed all her strengths, left the weakness section almost bare – because I honestly couldn’t fault her professionally at that point – and recommended her for a promotion. Whatever happened between us didn’t alter the fact that she was a great worker.

I didn’t know, until much later, that my superiors were fully aware of what had happened between us.

I separated sentiments from professionalism – and those at the top recognized this. A few years later, after my boss left, I was recommended for promotion by the Group Head.

When it comes to the workplace or business, we should never forget: Your Job Is The Number One Priority.

I will say that again. Your Job Is The Number One Priority.

Finally, Your Job Is The Number One Priority.

Most times, we sabotage our professional – and personal – growth process by allowing sentiments negatively affect our job. The only things that matter should be excellence, professionalism and results. Every other thing – including our emotions and relationships – should be positively geared towards those outcomes.

For some of us, we get so carried away with preserving our relationships at all costs, that we forget that it was the work that brought us together. In the second scenario above, some of my colleagues never constructively criticized each other, but always gave their ‘friends’ 100percent in their appraisals while bashing anyone they didn’t like. Of course, our superiors saw through this, and whether or not my colleagues were aware of it, they had briefly stunted their own professional growth in that organization.

No matter how furious, excited, depressed, or irritated we might feel, the job is THE priority. Moods and feelings pass, but an impression in a client’s mind remains.

Making your job THE priority will keep you focused, help you develop real, healthy and quality relationships – horizontally and vertically – while helping you grow in your profession.

The Dilemma of Sending & Receiving Nudes

#BeInspired Mondays with IK: Get the Team