#GhanaDecides who its Next President will be in Hotly Contested Election 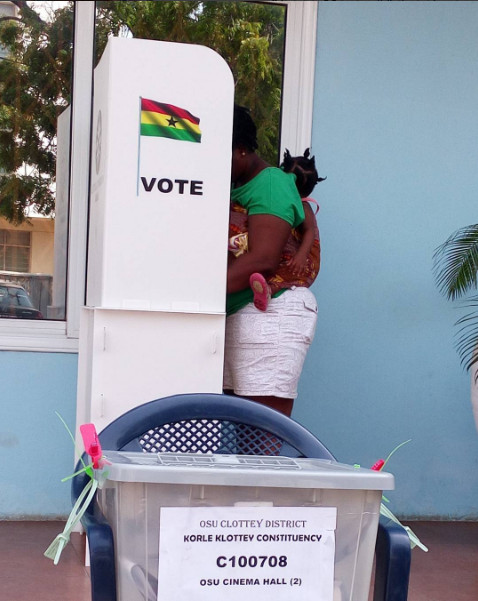 Ghanaians started lining up at voting stations on Wednesday to elect a president and parliament, in polls dominated by a three-year economic downturn that led to heavy job losses and price hikes.

Mahama is competing with six other candidates for the presidency, but his fiercest rival is Nana Akufo-Addo, the leader of the largest opposition, New Patriotic Party (NPP).

Report says the incumbent president remains popular in the nation of 26 million people, which was the first sub-Saharan country to gain independence in colonial Africa, in 1957.

The 58-year-old made major progress in improving Ghana’s infrastructure by building schools, health facilities and roads.

However, many voters held Mahama and the ruling National Democratic Congress (NDC) responsible for a debilitating three-year energy crisis that led to a 10 per cent drop in economic growth between 2011 and 2015.

They also held him responsible for sharp rise in electricity, water and petrol prices.

Akufo-Addo, 72, promises to use Ghana’s new-found oil to create jobs and push industrialisation in all economic sectors, including agriculture.

Over 15 million Ghanaians are eligible to cast their vote at one of the 29,000 polling stations until 1700 GMT on Wednesday.

They will also elect 275 parliamentarians for the next four years.

If no presidential candidate gains 51 per cent or more of the vote, the election will go into a second round.

Results are expected within 72 hours after voting ends.