"I will make additional 6,000 appointments into my government" - Gov. Ben Ayade 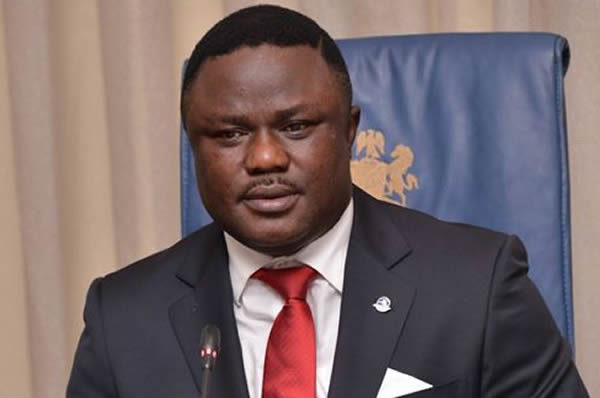 Governor Ben Ayade of Cross River state has said that he will make 6,000 appointments, adding that another 5,000 jobs would be created in the state.

The governor, who currently has more than 1,900 political appointees, made this known at the Interdenominational Church Service organised by the Christian Association of Nigeria (CAN) to thank God for the his recent victory at the Supreme Court.

He commended CAN for their relentless prayers and support while the case lasted, and described his victory as an act of God.

“Let us all rise and celebrate God. Only God made it possible. No man can claim the Glory except God. I thank CAN and all Cross Riverians for their prayers. I still need more of your prayers for us to succeed in the task of building the Cross River of our dream. I also call on my brothers on the other side to come and join hands with me in moving our state forward,’’ he stated.

Ayade added that his administration would create 3,000 jobs for the youths of the state in the coming year to prove its sensitivity to the plight of the youths.

“Also as part of Ayadesian theory, I will make additional 6,000 appointments into my government, while another 5,000 jobs will be created in January,’’ he said.

Earlier, the State Chairman of CAN, Rev. Joseph Ukpo, had said that the victory of the governor was a manifestation of God’s glory in him.

Ukpo, who was represented by a Catholic Priest, Rev. Malachy Ephraim, however urged the governor to make peace with his opponents in order to move the state forward.

“There is no victor no vanquish: where there is peace; there is progress. Now it is time for governance,’’ he said.

The service was attended by the state deputy governor, PDP members from all the 18 local government areas of the state as well as student groups.

Arms, Ammunition and Other Military Equipment from U.S. Intercepted at Tin-Can Port

Share the Festive Joy with Friends & Family at Four Points by Sheraton, Sheraton and Le Meridien Hotels in Nigeria