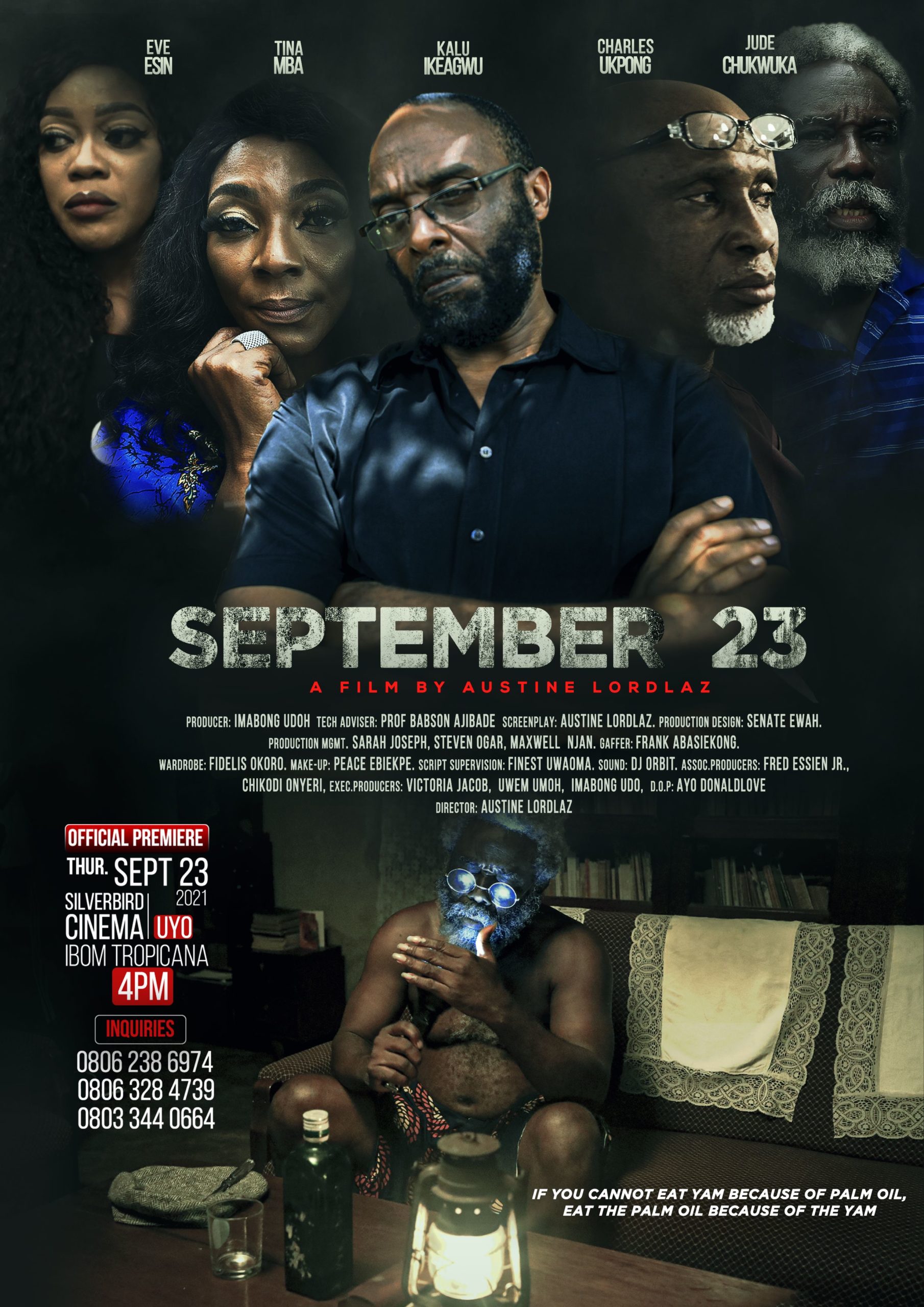 Just one year after his film “The Last Of Us” won awards for the best short film at the Uyo International Theatre and Film Festival and also Governor Ben Ayade’s Best film prize on humanity, director Austine Lordlaz is set to premiere his feature film “September 23” at the Silver Bird Cinema, Tropicana Uyo.

Austine’s quest for a better society drives him to make this motivational feature targeted at engendering capacity building and harnessing creative and industrious Nigerian youths for societal development.

The plot follows the story of an enterprising and frustrated electrical engineer, who at the verge of giving up his invention after many years, gets inspired to try once more by the struggle story of his state, but he must choose between keeping his family and taking a shot at a life-changing opportunity.

According to the film director and writer Austine Lordlaz, “the story finds its thrust on the epileptic power supply system in Nigeria and the need to rid the Nigerian society of too many carbon footprints from the use of generators, vehicles etc. Hence, the quest for alternative power generation while at the same time touching on the Akwa Ibom state struggle and creation story which birthed the state on September 23, 1987.”

Austine Lordlaz also co-produced the film with Fred Essien Jr. while Chikodi Onyeri and Chukwuemeka Ejiofor serve as associate producers. The premiere is slated for the 23rd of September, 2021.

The Official Trailer for “Blood & Water” Season 2 is Finally Here