#PayFalcons: Nigerians take to Twitter to Protest against Non-Payment of Super Falcons | FG Promises to Address Grievances in 2 days

Following the failure of the Federal Government of Nigeria to pay outstanding allowances and bonuses to the female National Football Team, Super Falcons, Nigerians have taken to twitter to express their angst against the shameful situation.

This is coming on a say that the athletes marched to the National Assembly to demand payment of what is due to them.

They had also said that they would hold on to the African Women’s Cup of Nations (AWCON) trophy which they won for a record 8 times out of 10 times the competition has held.

The Super Falcons also marched to the National Assembly, where they were received by President Muhammadu Buhari’s Chief of Staff, Abba Kyari. 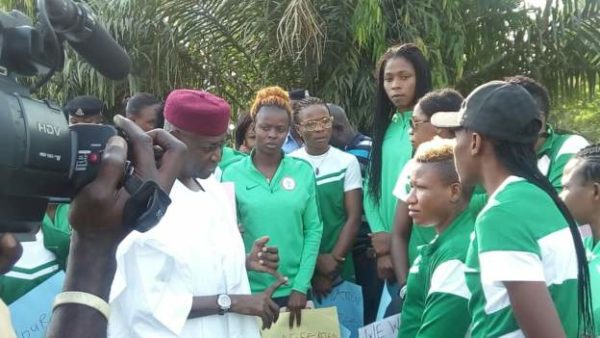 Kyari promised the team that their grievances will be resolved in 2 days.

One of the players told BBC that they have decided to go back to their hotel and wait for Kyari to fulfil his promise. 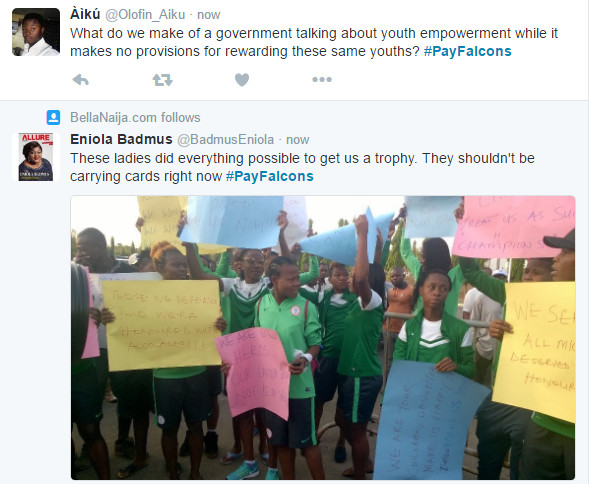 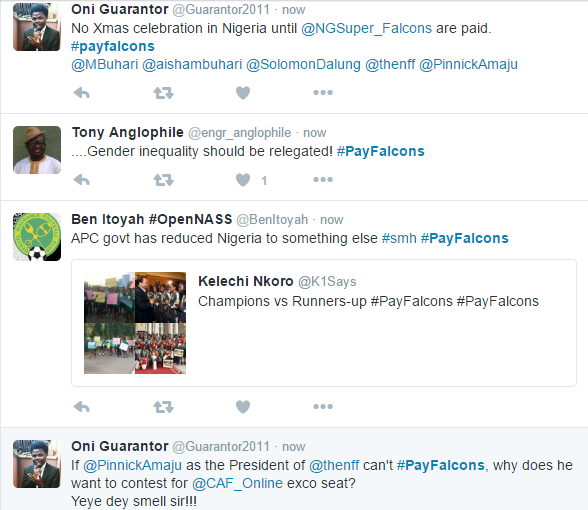 When @abati1990 spoke about the “demons’ in Aso Rock, people waved him off.
If not for these demons, why won’t @MBuhari wanna #PayFalcons

Apparently, if the protest hadn’t been staged, no action would have been taken. Why wait till everything escalates? #PayFalcons

So we have to trend #PayFalcons to remind an inept Govt to fulfil what should be a routine duty….what is this #Change about exactly?

Our U17, U20 female football squad and officials are still being owed World Cup qualification, Camp allowances and Match bonus #PayFalcons

Related Topics:#PayFalconsSuper Falcons
Up Next

Are You an Upcoming Photographer or Director? Here’s an Opportunity to be on the Set of MTV Shuga Season 5