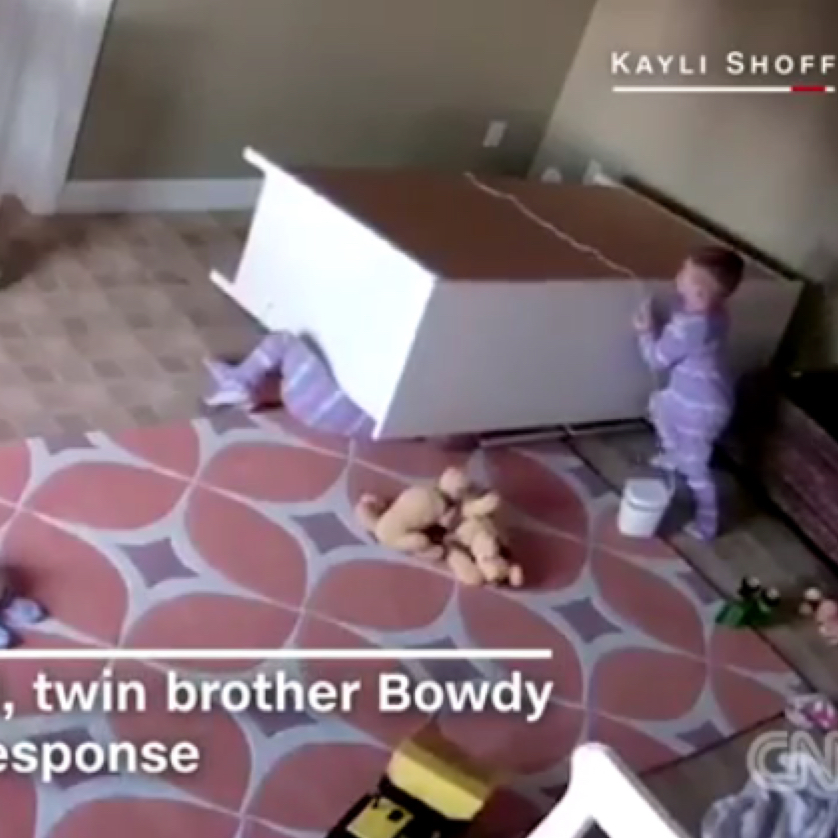 Browdy Shoff, 2, rescued his twin brother, Brock Shoff, after a dresser fell on him at their home in Orem, Utah on Friday.

A home surveillance video showed how Browdy for almost two minutes tried to free his brother from under the dresser which he eventually succeeded.

The twin’s parents posted the video on social media to advocate on the importance of childproofing the house for children’s safety.

“We were hesitant to post this video initially, but a lot of parents have probably made the same mistake that we made, don’t have their furniture secured or bolted to a wall. Our house is very childproof, we are really cautious about all this stuff, so it never really crossed our minds that something like this could happen.”

Here is the video

Ene Abah: Starting the Year on a Good Note…