"About three, four or five people will die" before I can be Extradited to the U.S - Sen. Buruji Kashamu 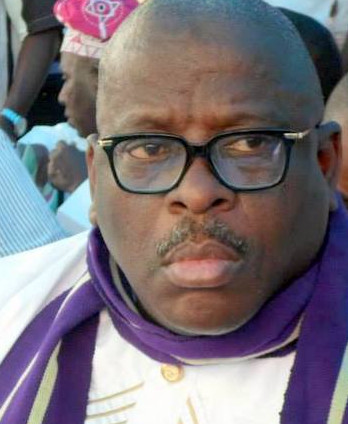 Senator representing Ogun East Senatorial District, Buruji Kashamu has said that about 3 to 5 people will die before he can be successfully extradited to the U.S.

A U.S. appeal court last week, upheld the ruling against Kashamu, who is facing drug charges related to the hit TV show, “Orange is the New Black.”

Following the ruling, the National Drug Law Enforcement Agency (NDLEA), through it Head, Public Affairs, Mitchell Ofoyeju, has said it will push for the senator’s arrest and extradition as it has now been “emboldened and strengthened”. Ofoyeju said the agency we will push for the vacation of every injunction stopping them from arresting Kashamu

Kashamu has described the move as illegal, adding that any attempt to ‘abduct’ him will be met with violence as he has planned to engage the services of members of the Oodua Peoples’ Congress (OPC) for protection.

He said that the case brought against him by the U.S. Government had been laid to rest by two British courts 14 years ago, and three Nigerian courts in 2015, all of which he said were not appealed.

In a statement titled, ‘US court ruling: I have no case to answer’, dated January 28, 2017, Kashamu maintained that he was not the offender wanted in the U.S., but his younger brother, Adewale Kashamu, who is now late.

“My brother was living in Chicago, I sent him to school. He’s very well educated. He was the one having girlfriends there; he was the one who caused a lot of problems. Even when I was in London, they still traced almost $2m into his bank account while I was in prison; they still continued doing the transaction. If you go through the last British judgment, it is there. The Interpol people were the ones who went to the bank and got all the information, and carried all the documents, they came to London and gave evidence in court.

The Beninoise Interpol produced evidence showing that the Benin telephone number, through which the US offenders communicated with their West African collaborators, belonged to my brother, Adewale Kashamu, and not me, Buruji Kashamu.

He was using the office of Remi Adiukwu Oluwalogbon on Allen Avenue. For three good years, he did not pay Remi Adiukwu. The NDLEA people sealed the car company and they confirmed this in one of their letters.

There is no extradition that can be brought against me again. The only thing they can do is to watch and catch me on the road; take me to the airport or Cotonou or throw me inside a vessel and take me through the Atlantic Ocean. But I am not going to let that happen.

I don’t go to the beach, and now, I will go and hire OPC, may be like 40. I will load them (in my vehicle), because the day we meet, one has to kill one. That is for sure! One has to kill one because I am not ready to go anywhere. Before that happens, maybe about three, four or five people will die.

Obasanjo has been pushing them, using one Sandra, a former ambassador of the United States; he’s the one pushing everybody, meeting all these judges, but what have I done?” Kashamu stated.