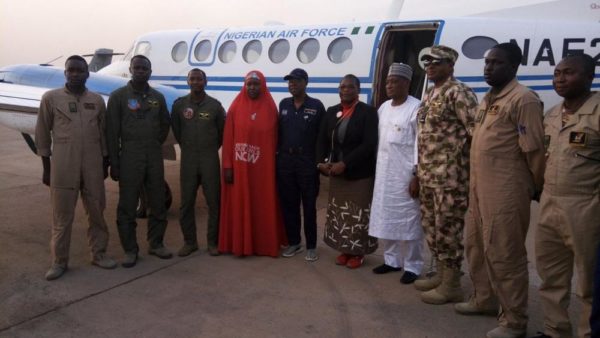 The Ministers of Information and Culture, Alhaji Lai Mohammed, Defence, Mansur Dan-Ali, and the convener of the Bring Back Our Girls (BBOG) group, Obiageli Ezekwesili on Monday participated in a search sorties for missing Chibok girls in Sambisa.

Another member of BBOG, Hajia Aisha Yusuf, some Air Force Commanding Officers in the North East operation and selected reporters from local and foreign media participated in the exercise,

The team, who were carried in two Beechcraft 350 surveillance aircraft, departed the Yola Air Force Base at about 2.30PM.

A NAN correspondent, who was among the team, reports that the aircraft flying at about 15,000 feet altitude entered the Sambisa general area, 35 minutes after departure.

The search sorties in the forest, which lasted for over an hour, took the team to Camp Zairo,  hitherto the  stronghold of Boko Haram, captured by the home troops on December 22, as well as other key spots in the forest.

Sambisa forest is said to cover 60,000 square kilometres which is about 18 times the size of Lagos and 85 per cent of Borno State land surface.

With the aid of sophisticated inbuilt surveillance camera in the aircraft, the team were shown the video images of burnt vehicles and camps of the Boko Haram insurgents particularly Camp Zairo.

The burnt areas according to the Commanding Officers were consequent of attacks carried out by air strike and ground troops of the military.

The images of the tracks of the insurgents as well as the locations of the ground troops of the military who have occupied the forest were also shown to the team.

One of the surveillance aircraft discovered skeletal movement of some sort in the forest.

The aircraft, thereafter, proceeded to Airforce Base Maiduguri, the headquarters of 105 Composite group for surveillance report and refuelling.

Upon arrival at Maiduguri Airforce Base at about 4.30PM. and after the surveillance briefing on the skeletal movement, an Alpha fighter jet flown by only a pilot unaccompanied was deployed into the forest.

They also joined a midnight search sortie (at about 1.47AM) that lasted till daybreak on Tuesday. 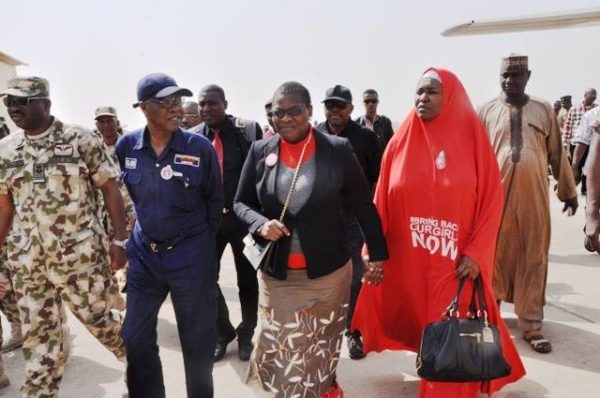 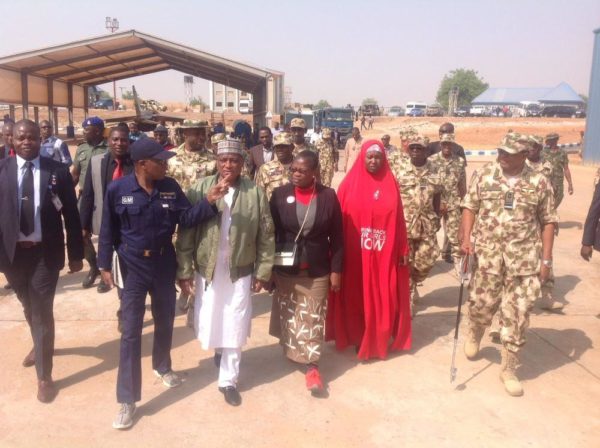 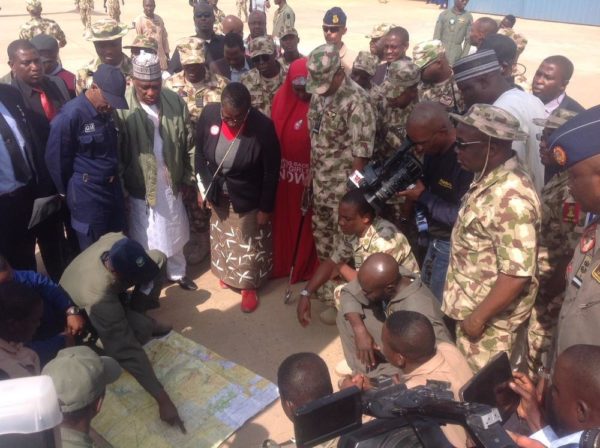