Chukwuma Nwanze: 2017 - The Year of Start-Ups & the Small Business 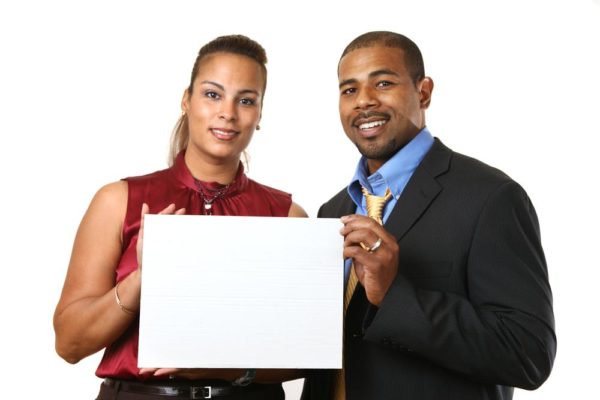 In a few hours, the familiar greeting of “Happy New Year” will fill the air as we all begin the journey into yet another year. Most Nigerians (including myself) are created with the most optimistic DNA enmeshed in us. As such, we will expect the new year to bring with it tidings of peace, love, warmth and a better economic performance for both our nation and our respective businesses.

I have themed the 2017 financial year, “The Year of Start-ups and the Small Business” and while it may sound like wishful thinking to many, I do believe that for those entrepreneurs who have been working on great business ideas, and have done all that is required to go to the market, 2017 is a great time to venture out.

You may be wondering why I am so optimistic, given that as a nation, we are enduring our worst recession in decades. Inflation rate is over 18%, borrowing rates are above 30% per annum in most banks. Many businesses are failing. Most of our friends and loved ones have lost and may soon lose their jobs, the foreign exchange market is in topsy-turvy mode, and the list of negatives goes on and on. I am, however, of the opinion that we may have seen the worst of the recession. While I cannot categorically state that things will get better, I also do not expect things to get any worse.

1. Political Environment
By the end of 2016, the current government will have spent 19 months or 40% of its tenure. Without doubt, the political landscape with 2019 in view is already beginning to take shape; as such, I envisage that subtle campaigns across all tiers of Government will start taking place at some point in 2017. These campaigns will attempt to reach out to the people and giving the current economic circumstance, any campaign that doesn’t have an economic appeal may fall flat to the ground.

I therefore believe, that we will see a replica of some government programmes such as the Lagos Employment Trust Fund and the recently launched N-Power scheme across most states of the Federation. Where properly implemented these schemes have the potential to energize existing businesses and birth new businesses thereby combating unemployment and other social maladies.
So we have a choice, we can start positioning ourselves to be beneficiaries of these schemes or join the majority and say these schemes don’t work. I will rather position myself to participate than hear of people who benefited from these schemes when the opportunity is gone.

2. Economic Environment
Nigeria is officially in a recession and signs of an immediate turnaround were dealt a further blow when the Q3 report from the National Bureau of Statistics revealed a negative growth of 2.24%. Some analysts suggest there won’t be a rebound until the last quarter of 2017 where an estimated growth of about 0.6% is envisaged.

Economic indicators from GDP growth rate to inflation rate; from the balance on our foreign reserves account to our balance of payment position; from the barrels of crude oil sold to our foreign exchange market all reflect a weaker economy than in recent years. While I am not wishing away the challenges, I can’t but ask myself this question, in the 15 years of my professional experience, was there ever a time when I thought our economy was great? You may want to ask yourself that question. And if your answer, like mine is an emphatic “No”, then it is yet another reason for me to be optimistic….okay “cautiously optimistic”.

I also believe that the managers of our economy haven tried different things to steady the economy, would have learnt a thing or two – at least what not to do to an ailing economy. So I won’t be surprised if in 2017 we see some positive policy reversals, more stability and less tinkering with policies around the fundamentals of the economy. There is a direct relationship between the political environment and the Economic environment and our economic situation will form the theme for the 2019 elections campaign which like I said earlier will start at some point in 2017. This is another reason to be cautiously optimistic.

Here in Nigeria, many successful enterprises were birthed during seasons of economic malaise; same way many closed shop. In my last two articles, “5 reasons why small businesses fail” and “What small businesses can do to survive their early years”, I had attempted to point start-ups and small businesses to a path of both survival and sustainable growth. In 2017, I believe that individuals or start-ups who choose to be optimistic in addition to doing the right things (I have mentioned some in my last posts) stand a chance of weathering the storms.

There is a hymn we sang in my primary school with the wordings “he that is down needs fear no fall, he that is low has no pride…” we are already beaten by the economic challenges we are faced with and are therefore down.

Thankfully, when we fall down or are beaten to the ground, we have only two options. To stay down or to rise up. I believe we have nothing to lose in being cautiously optimistic, making a choice to stand up and not remain down on our backs.

The Small and Medium Enterprises Development Association of Nigeria (SMEDAN) suggests that there are at least 17 million enterprises in Nigeria and these enterprises contribute about 50% of our GDP and 75% of national employment. Those figures include you and me; it suggests that despite the harsh operating environment we find ourselves in, we have without all the required support from the government, braved the odds and contributed immensely to our country’s growth and development.
I believe with the required government support and an enabling environment, we can achieve more. Nevertheless, we can still achieve progress in the face of daunting challenges, an environment filled with pessimism and stories of a failing economy if we are armed with the right mindset and the right business model.

What do you believe?

Fumbi O: Wait! Just Before We Start With The Resolutions, Let’s Reflect