American singer Azealia Banks is currently trying to shoot a new music video and one of her fans suggested to her, “Ask your manager to find you a sponsor for your next music video. That way you won’t have to spend your money. Maybe Dencia? @AZEALIABANKSNYC”.

The suggestion was made, and Dencia’s name included because Dencia had sponsored Azealia Banks before.

Dencia took to her Twitter page to say that Azealia doesn’t deserve help from anyone. 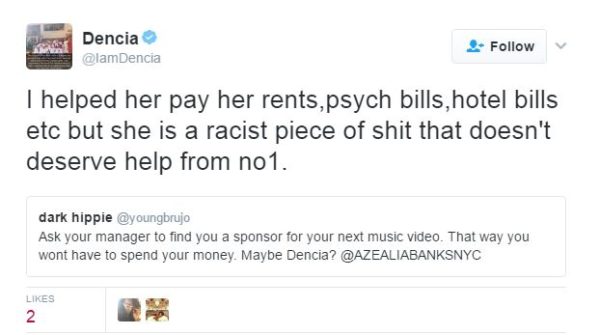