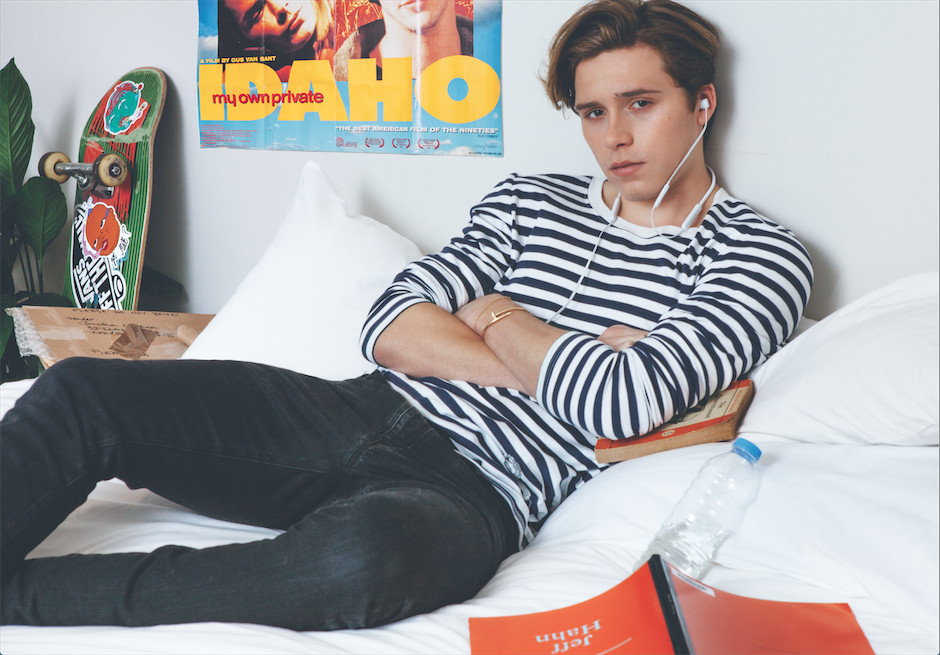 Imagine not knowing you were famous until you were kind of “too grown up” to even care. That was the case for Victoria and David Beckham‘s son.

In an interview with Wonderland Magazine, 17-year-old photographer Brooklyn Beckham revealed that he didn’t know his parents were famous until he was a teen.

“I didn’t actually know that they [his family] were big until I was about 13,” he said, recalling the moment he figured it out. “I went to a football game and people were shouting my dad’s name and I was like, ‘What?! Oh my God. I don’t look at them like that.'”

“Considering my parents broke down and told me the truth about Santa Claus when I was 10 years old, I’m very impressed with their secret keeping abilities”. He said