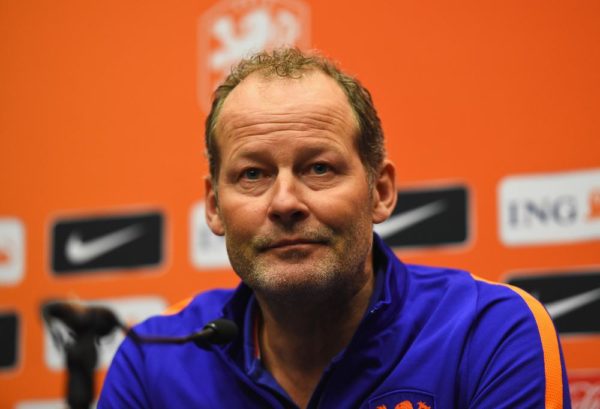 Netherlands has sacked coach Danny Blind following their World Cup qualifying loss to Bulgaria on Sunday which leaves them fourth on the table.

Dutch Football Association (KNVB) announced in a statement they have parted ways with the 55-year-old boss after 20 months and 18 matches in charge and following a critical talk with the board.

“We have respect for what Danny meant to us and the team during his tenure. But because the results were not forthcoming, and because qualification for Russia has gone poorly so far, we felt the need to take our leave of him,” said KNVB director Jean Paul Decossaux.

Blind took over as coach from former Manchester United‘s boss, Guus Hiddink in 2015, but his side failed to qualify for the European Championships in France last summer.

Sunday’s loss was Netherland’s second in their opening five games in the World Cup qualifying Group A and has left them in fourth place in the pool, already six points behind leaders France and three behind second-placed Sweden.

The Dutch FA said recent results left the team with difficulty qualifying for the World Cup in Russia.

The Dutch have struggled to find any consistency during his 20-month tenure, winning seven and losing seven of 17 games.

The former Netherlands defender in a statement following his dismissal said: “We were on the right track but the Bulgaria loss was a setback. I gave everything I had and I’m really sorry that it ends this way.”

Netherlands assistant coach Fred Grim will stand in as caretaker for Tuesday’s friendly against Italy in Amsterdam while the search for a new manager begins.