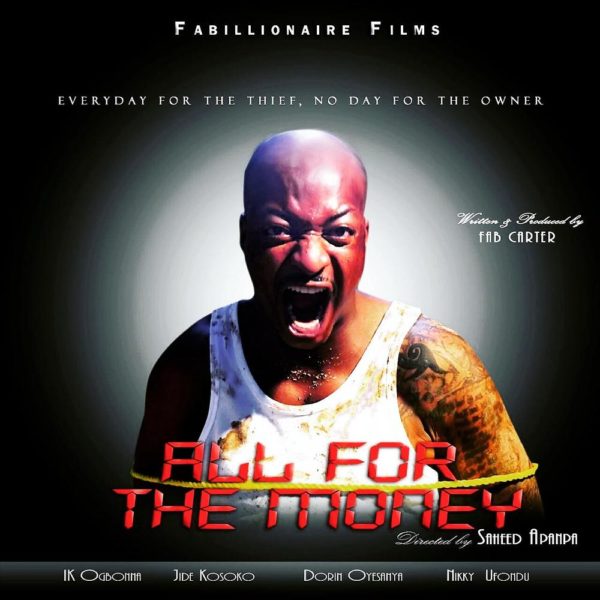 In broad daylight, Valentine, a young millionaire is abducted alongside his poor mother and siblings and tied to chairs in a dark room…As the family struggles to make sense of what’s going on, a strange man walks into the dark room demanding for his stolen money, as Valentine screams about his innocence, his family members are murdered one after another with a shovel forced into his hands to bury his own relatives.

All For the Money was directed by Saheed Apanpa, written and produced by Fab Carter and features IK Ogbonna, Jide Kosoko, Dorin Oyesanya, Nikky Ufondu, Isioma Okey–Nwosu, Valentine Garuba and a host of others.

#BBNaija: Day 41 – Housemates Create their own Nigerian Wall of Fame!