Luis Enrique will quit as Barcelona's Coach in June 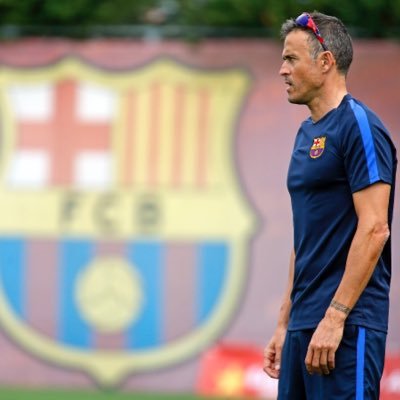 FC Barcelona manager, Luis Enrique confirmed in the post-match news conference following Barcelona’s 6-1 win over Sporting Gijon that he will not return next season due to the need to rest following his third season with the club.

The official twitter handle of the club also confirmed this statement following series of tweets and best wishes.

BREAKING NEWS: @LUISENRIQUE21 announces he will not continue as Barça manager next season. #FCBlive pic.twitter.com/pqYOnWxUy9

? Ivan Rakitic: “First he [Luis Enrique] told the team about his decision. We want to end the season successfully and enjoy what is left” pic.twitter.com/GRkA4TAqaO

? @jmbartomeu: “Luis Enrique has brought us great success and he can still bring us more. The players are motivated to do it” #FCBlive pic.twitter.com/88Dna4vwyf

? @jmbartomeu: “We accept Luis Enrique’s decision. He has been a great a coach. Now is it time to end his spell in the best possible way” pic.twitter.com/9DAqxDmZTC

The 46-year-old’s contract expires in June and came close to stepping down from the role at the end of an historical first season in charge at Camp Nou, when he won a treble of La Liga, Copa del Rey and Champions League titles.

Luis Enrique confirmed the news on Wednesday, which temporarily at least, took them above Real Madrid at the top of the table.

I want to announce to everyone that I won’t continue at Barcelona next year. It’s difficult, but a decision I have thought about,” He said.

I need to rest. That’s the main reason why I am not going to continue.”

Are You an Entrepreneur in Lagos? Get Funding for Your Business from Lagos State Employment Trust Fund through its New Portal – Here’s How You Can Apply in 5 Easy Steps