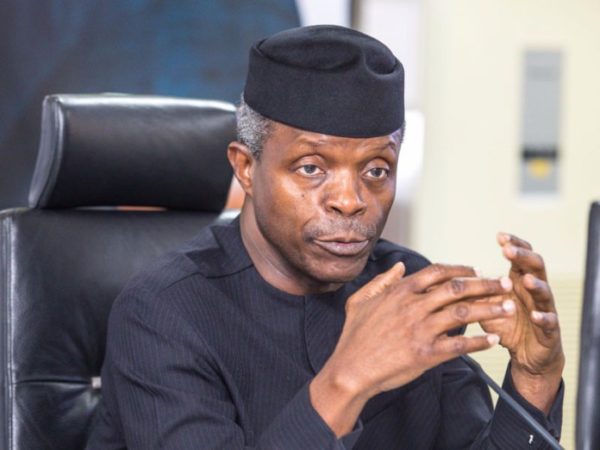 Vice President Yemi Osinbajo-led committee announced by President Muhammadu Buhari to probe allegations against the Secretary to the Government of the Federation, Babachir Lawal, and the Director-General of the National Intelligence Agency (NIA), Ayodele Oke will hold its proceedings behind closed doors.

The three-man panel headed by Vice President with Attorney-General & Justice Minister, Abubakar Malami and National Security Adviser, Rtd Maj.-Gen. Babagana Munguno as members announced today that it has commenced its work in earnest. The committee added that its proceedings will be closed to the public, to avoid speculations and enhance the pace of proceedings.

The Committee announced its modus operandi in a statement by Laolu Akande, the Senor Special Assistant on Media to the Vice President.

The panel will investigate allegations of legal and due process violations made by Babachir Lawal and the discovery of large amounts of foreign and local currencies by the Economic and Financial Crimes Commission (EFCC), in a residential apartment in Ikoyi, Lagos.

“In the discharge of its work, the panel is expected to invite all relevant officials and private individuals who may be connected to both cases. It will also obtain and scrutinise documents that may throw some light on the issues raised in both cases,”Akande said.