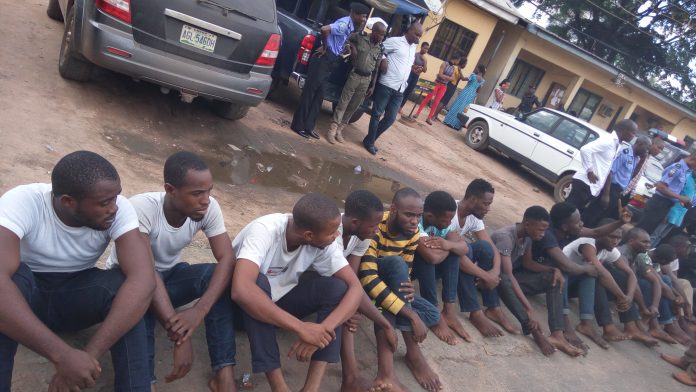 The police in Imo State on Friday charged 16 undergraduates of Federal Polytechnic Nekede, Owerri and Federal University of Technology Owerri, Imo State, respectively for an alleged involvement in cult related activities in the state.
In a statement in Owerri, the state capital, on Saturday, the Police Public Relations Officer in the state, Andrew Enwerem, stated that the suspected cultists were arrested on April 14, 2017, in a bush in Ihiagwa community in the Owerri West Local Government Area of the state. Enwerem, a Deputy Superintendent of Police, alleged that the suspects were members of a cult group known as Neo black movement of Africa confraternity.
Part of the statement reads;

In a renewed onslaught against the menace of cultism in Imo State, operatives of the state police command on April 14,2017, arrested over 16 suspected cultists in a bush in Ihiagwa in the Owerri West LGA. They are members of the Neo black movement of Africa confraternity. Suspects have been charged to court, accordingly.