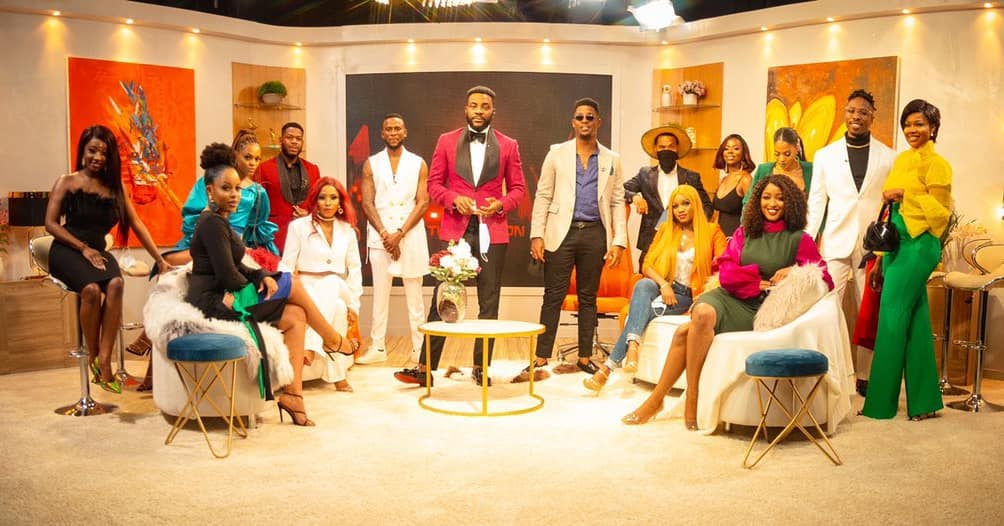 The #BBNaija Pepper Dem Reunion Show is over! But not without us looking back at the drama, the unforgettable moments, and most especially the gists.

It’s over with the drama, and it’s all love, everyone laughing, and growth.

Here are ten things that we down during the course of the reunion show, that we won’t be forgetting in a hurry. Or ever. 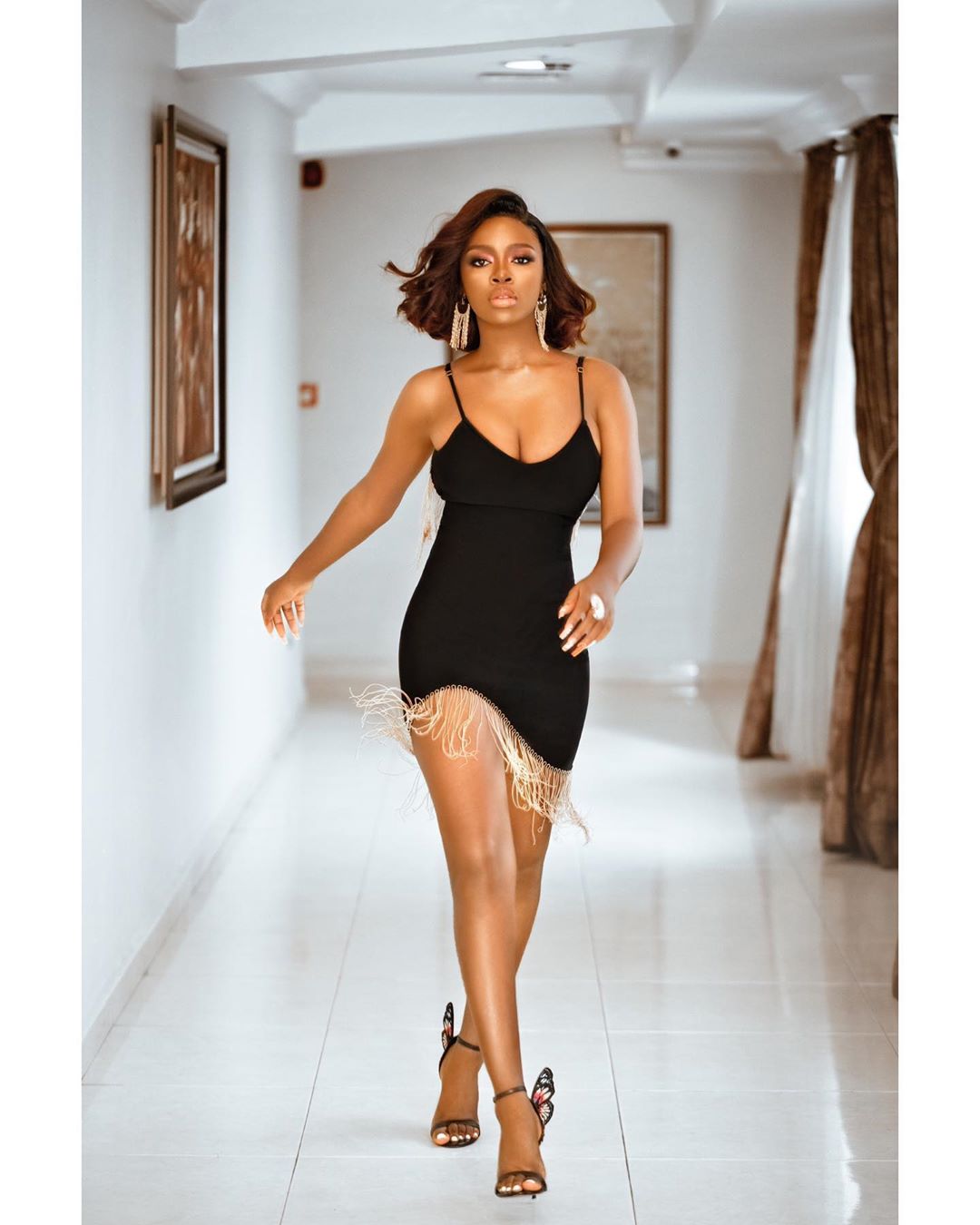 Nothing better to start with than the most trending scoop of the reunion show. Everyone on Twitter clapped, and we have Ebuka to thank for. According to speculations, the popular Ghanian actor, Mawuli Gavor might be the reason Diane and Elozonam’s relationship didn’t work out. While Diane gave the unabridged version, Elozonam decided to fill us in on the bridged version involving ‘MG’.

Ebuka on the #Dialo ship: How much of a problem was Mawuli in this?

Diana tried to point out label Elozonam’s wrongdoings, and how he doesn’t take responsibilities for spilling the beans about their personal discussions.

So Diane is telling the “MG” story. They went to a party and he dropped her off at the hotel.

Diane says the two of them are okay. But the ship has crashed. ☹️#BBNaija #BBNaijaReunion #BNxBBNaijaReunion https://t.co/tjqgCSLORM 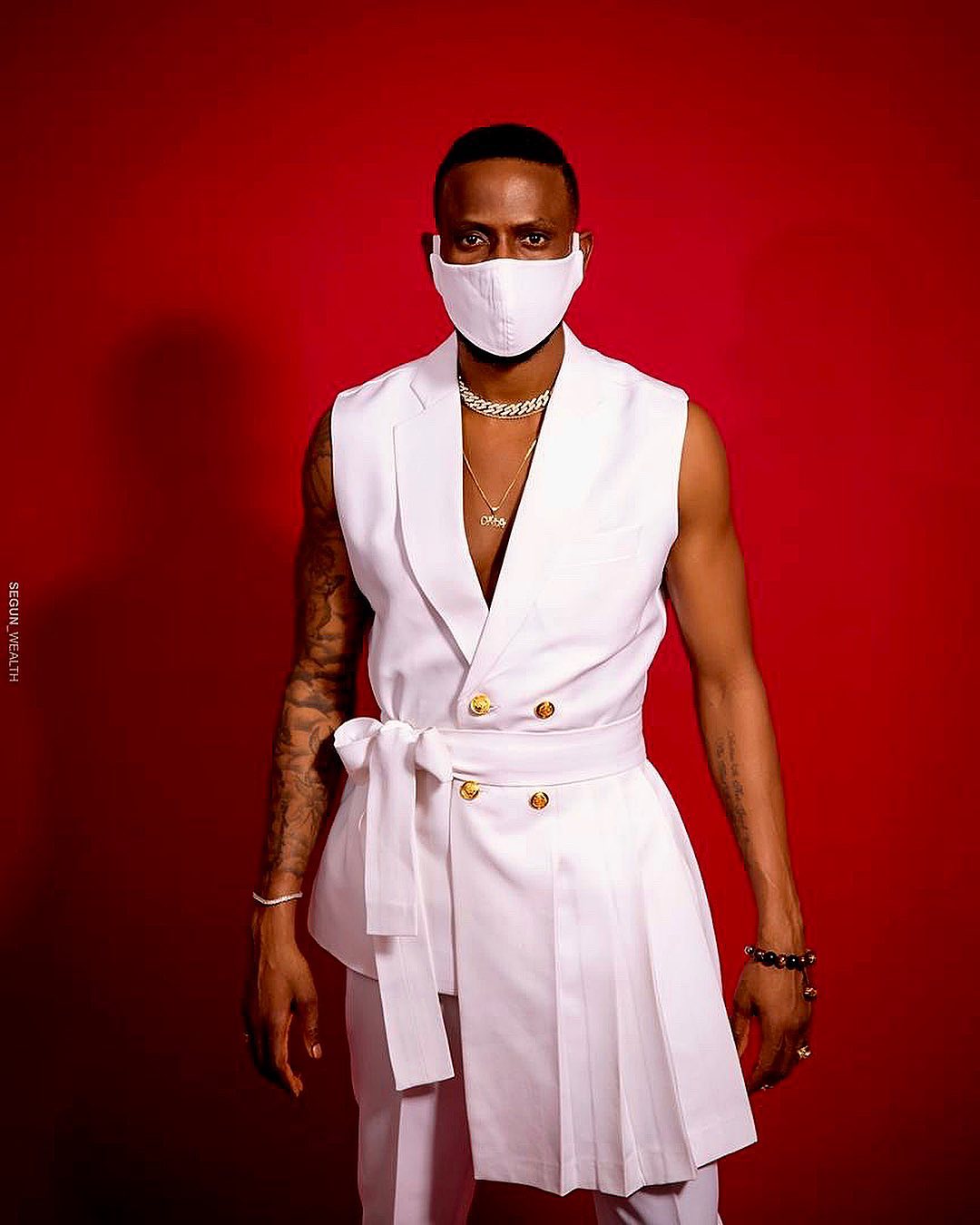 Mercy and Omashola had a face-off as they tried to trash out a derogatory remark made my Omashola while in house. We saw a clip of Omashola slut-shaming Mercy, and Mercy was obviously pissed.

While Omashola was trying to defend himself during the show, it was obvious from Mercy’s mannerism, that she was already ‘boiling’.

The fight was intense.

An epic line by Mercy: “Na me be winner, I don’t need you to shine, you’re the one who needs my clout”.

Talking of pretence, the biggest pretender is Khafi, according to Jackye. She accused Khafi of being a gossipmonger, citing a time Khafi brought up a conversation about Mercy’s body enhancement. Then, Kim Oprah cut in pointing out that Jackye was always enabling the gossips with Khafi. 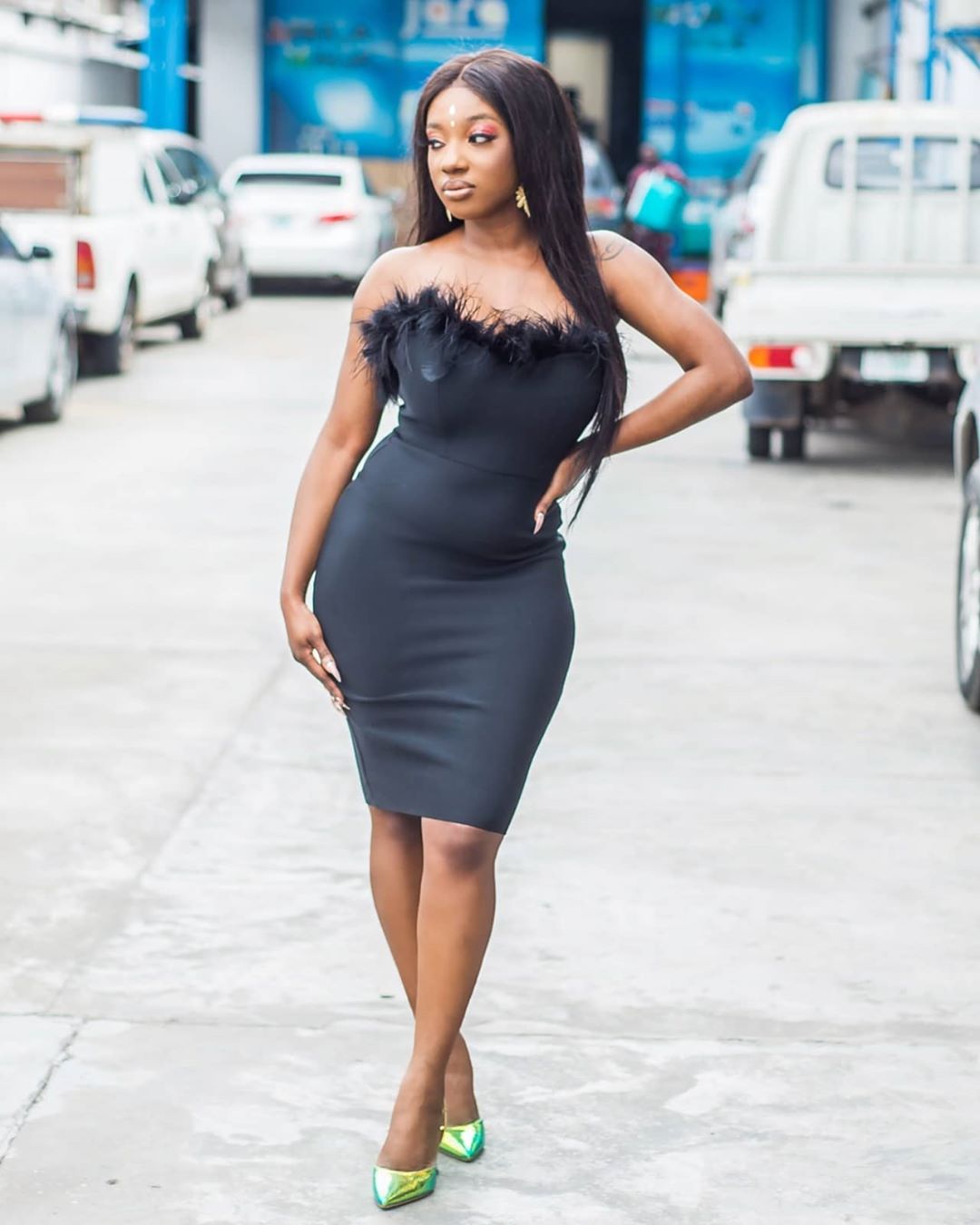 No one saw this coming. These two were very close after the house, going for media rounds together and so on. What actually happened to their friendship?

Avala said she felt betrayed by Isilomo after a confrontation where Isilomo didn’t have her back, while Isilomo said she always had Avala’s back, but during that particular confrontation, she didn’t feel Avala was right. Isilomo said Avala should have let her know she felt wronged, rather than come on the reunion show and ‘use her to create content’.

Frodd & Esther on the 36th floor

Everyone had their doubts about Esther and Frodd’s relationship. Even Mercy and Diane spoke about Esther’s strategy – love or what may appear like it. Mercy seemed unconvinced about the Froster-ship. According to her, Esther was only using her relationship with Frodd as a strategy.

Diane and Esther were friends before Mercy came into the picture, and Diane pointed out Esther’s transfer of emotions from Nelson to Frodd despite knowing she had a soft spot for Nelson, as an act of betrayal.

Esther and Frodd agree that they do need to have a conversation to mend fences.#BBNaija #BBNaijaReunion #BNxBBNaijaReunion https://t.co/tjqgCSLORM

Esther on her part said Frodd grew on her. At first, she wasn’t sure the feelings were real but after they left the house, she started looking at him differently and she got to like him a lot.

Frodd said, “I asked you out on the 36th floor of the building we were in Dubai”.

So what happened on the 36th floor of the hotel? It was a dinner. Except Esther didn’t glam up for it.#BBNaija #BBNaijaReunion #BNxBBNaijaReunion https://t.co/tjqgCSLORM

This was one episode fans looked forward to. Ebuka Obi-Uchendu sat with the two ladies, Mercy and Tacha. They tried to iron out their differences, but it didn’t quite have the sparks like their fans expected it would. The good thing is this was their longest face-to-face conversation since they left the BBNaija house, but did it yield a good result? 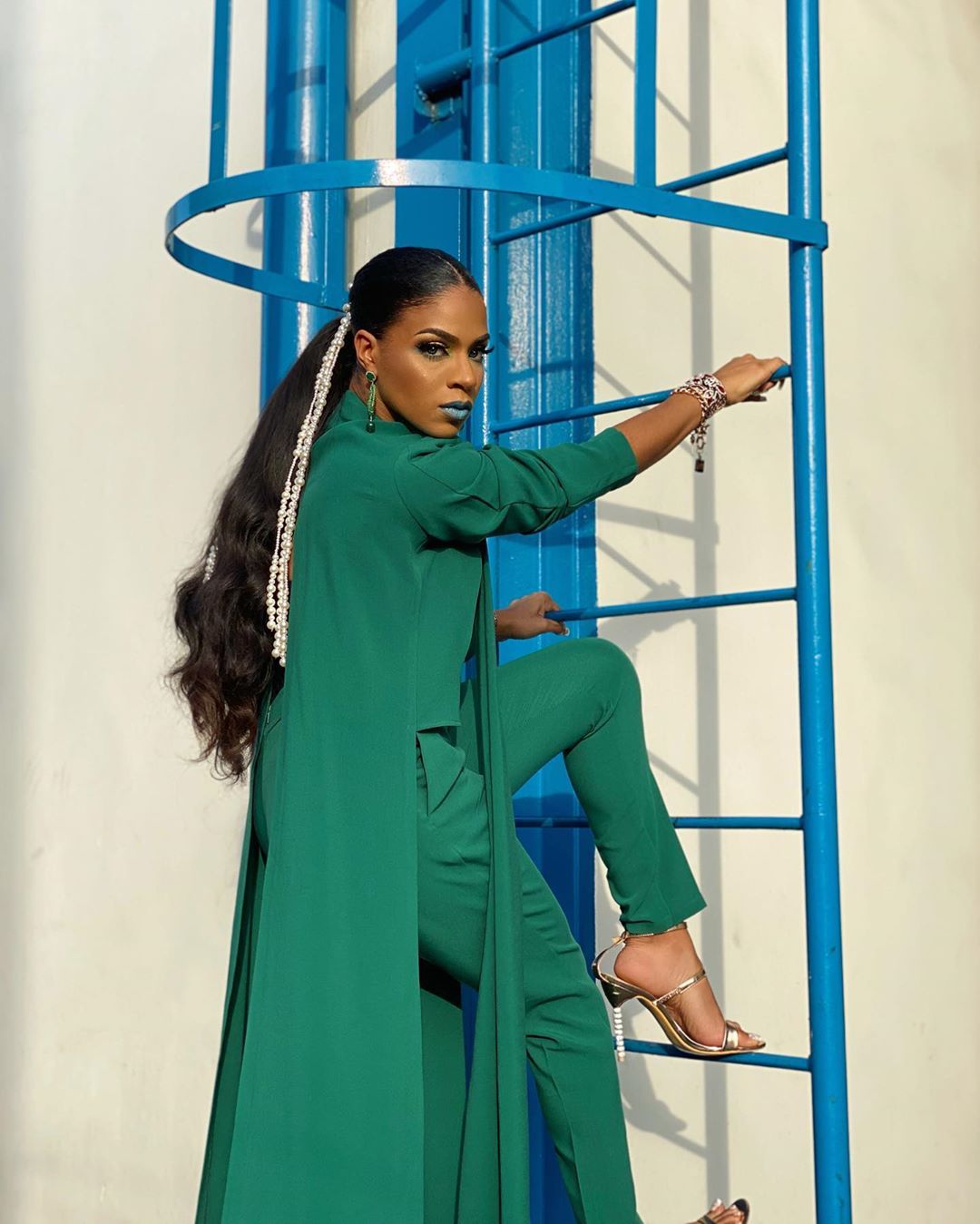 Even after Omashola told Frodd to stay clear, he broke the bro code, since Esther wasn’t letting him in, Frodd wanted someone different. Everyone is good now!

Omashola says he was so pissed. He wanted to fight Frodd because he felt Frodd was using his Head of House to ride people.#BBNaija #BBNaijaReunion #BNxBBNaijaReunion https://t.co/tjqgCSLORM

Tacha & Seyi – What happened to the ship

Let’s not deny it, everyone was actually ‘stanning’ this ship, but all of a sudden things went sour. Seyi gave his reason, he said, Tacha was being disrespectful to him, while Tacha said they had a misunderstanding and they worked it out, but then he slut-shamed her, and that’s a no-no on her path.

Then Seyi goes on and on about respect… All in all, the are neither friends nor enemies.

Ella and the ladies

Venita initially didn’t want to say anything but she eventually had so much to get off her chest. She suggested that Venita pulled a ‘publicity stunt’, about her mum being sick, and hospitalized. Venita revealed that the very next day, Ella posted glammed up pictures and a video of a live band performance.

Venita suspects Ella is bipolar, deceptive and she lied about her mum being sick.

Kim Oprah revealed an issue that happened in the hotel between Tacha and her. She accused Tacha of “trying to intimidate and bully” her as there was an incident where Tacha came at her in the hotel, recording and saying that her confidence got her a car, and Kim should produce her own.

Then Mercy and Venita dragged Ella to the point that she walked off set crying.

Wait. What exactly happened with Kim Oprah and Tacha. Kim says Tacha came at her, recording her and screaming at her.#BBNaija #BBNaijaReunion #BNxBBNaijaReunion https://t.co/tjqgCSLORM

Esther, Omashola and Mercy, spoke on the incident, all giving similar accounts of Tacha recording and intimidating Kim Oprah.