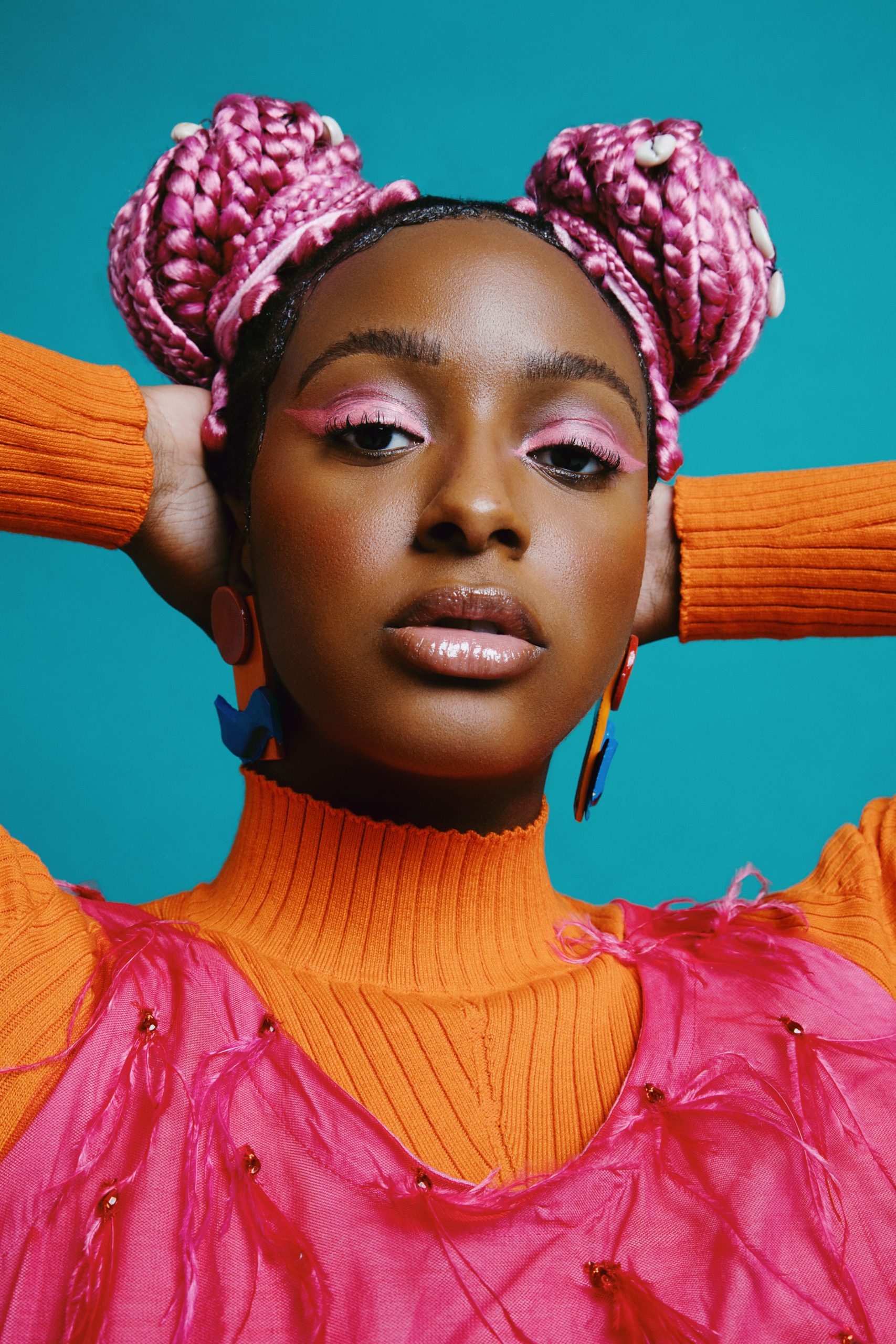 You can’t deny that Cuppy is a hard worker.

From business ventures to releasing music as an artist, a successful DJ career, a radio show, her charity—Cuppy is juggling it all, and excelling, too.

And now she’s ready to take on more, introducing herself to the world with her debut album “Original Copy.”

In this fast facts interview, Cuppy shares fun details about herself as well as the creative process of her debut album Original Copy, her thoughts on the #BLM movement and how she rises above critics and trolls.

For her very first album, she’s beyond excited. “Working my a** off literally to create this masterpiece and cannot wait to share with the world,” Cuppy, whose real name is Florence Ifeoluwa Otedola says.

She’s always known that if she was ever going to put out an album it was going to be pure gems. “I’m so proud of what I’ve created; most importantly, I made the music with love. So honestly speaking, I don’t care about numbers and charts, already proud of myself”.

The lead single, “Jollof On The Jet” dropped on Friday, and, fun fact: the idea came to her on a Lagos/Accra flight while eating jollof. And the track features Rema and Rayvanny who are young artistes killing it at the moment.

I can’t wait for the world to hear it! It’s pure vibes. 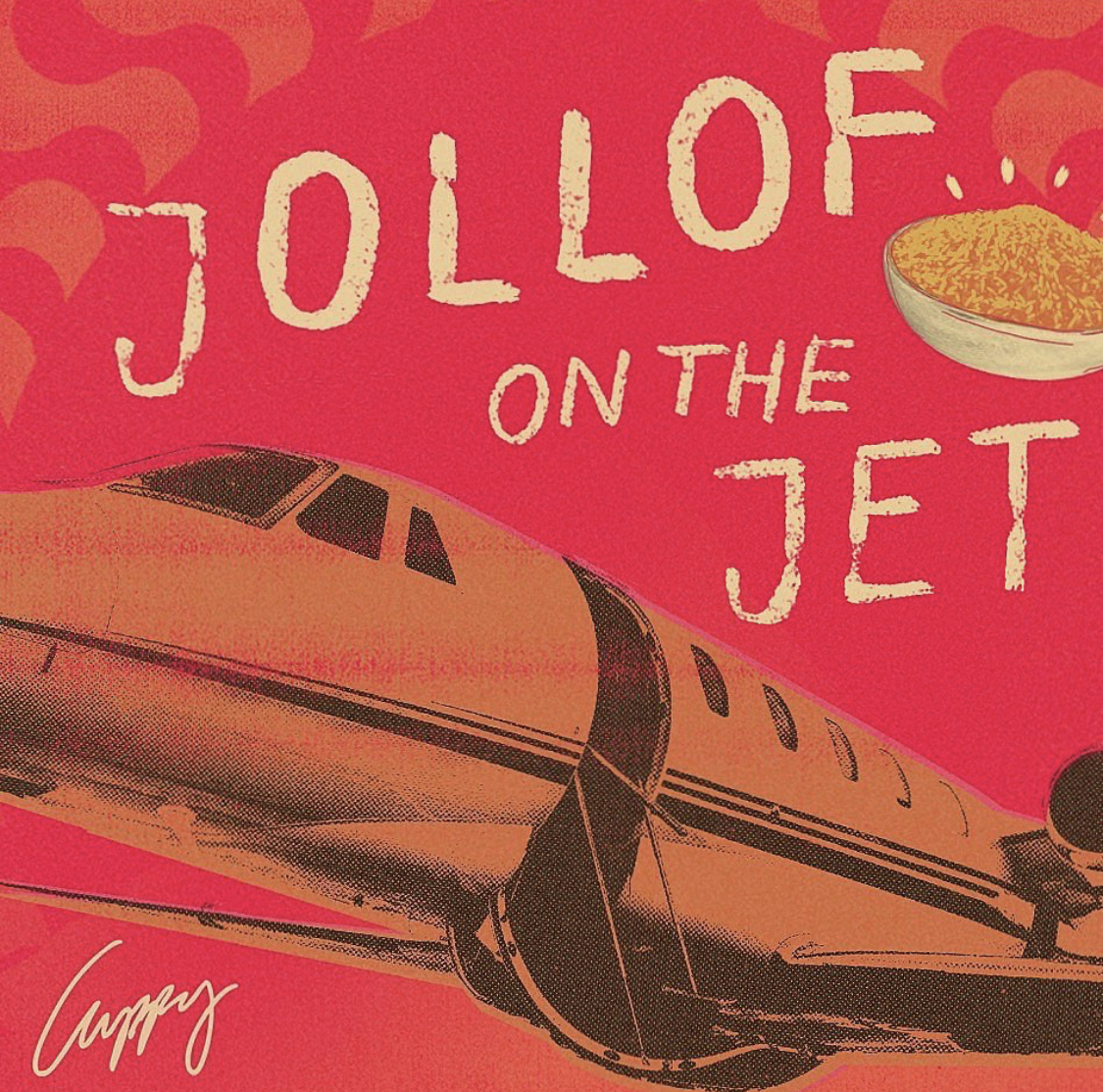 What was the motivation behind “Original Copy” and what experience do you hope listeners will take from it?

When I first started making music, a lot of people thought I was doing something I shouldn’t really be doing. They felt I was being a bit of a rebel and DJing was something I should stick to. All my life, I’ve always felt like I was going against the grain. Choosing the right name was so important to me. We played around with a few names and ultimately put it in the hands of my fans, the cupcakes.

After a really long process and a poll, ‘Original Cuppy’ was picked but I decided to tweak it to Original Copy which is an Oxymoron because I am a contradiction; I’m exactly what I shouldn’t be according to my environment. Original Copy is about being fearless to do you. I hope everyone that listens to my album is inspired by my story to be just that. You were born an original, don’t die a copy.

Can you fill us in on some details on your album, featured artists and producers.

Africa is endowed with loads of talented creatives and I worked with some of the best on this project. My debut album has a total of 12 tracks and I have 14 artists featured. Nigerian Producers; Killertunes and Bond are the main producers. I cannot wait for everyone to see all the surprises packed in the album. It’s hands down going to be the shock of the year. I’m so glad people underestimate me so that I can over-deliver.

As a creative, I get inspired by an array of very different things. So whenever I get an inspiration for a song, I look at the direction of the song and think of an artist that best matches it. Unlike what is common among DJs, I’m very invested in the process of making music so for all the songs I have worked on, I have a personal relationship with the artists and we get into the studio. As a DJ and producer, I get to listen and work with all the genres of music. This has made it easier to work with artists with various styles. I also love working with artists that WANT to work with me, I cannot be begging you to show up for video; haha!

We heard you worked with your sister Tolani on the album. What was that like, the two of you working together?

Sadly my sister chose not to be on the album but actually helped me record vocals. In order to adhere to the pandemic restrictions, I couldn’t go into the studio and I had to finish my album regardless. I can tell you for free that this album took more determination and hard work than any of my previous projects! Tolani is AMAZING (not just saying this because she’s my sister), but her music and songwriting are so multilayered. You NEED to check her out. Maybe she’ll write a song for me one
day; if I’m lucky. 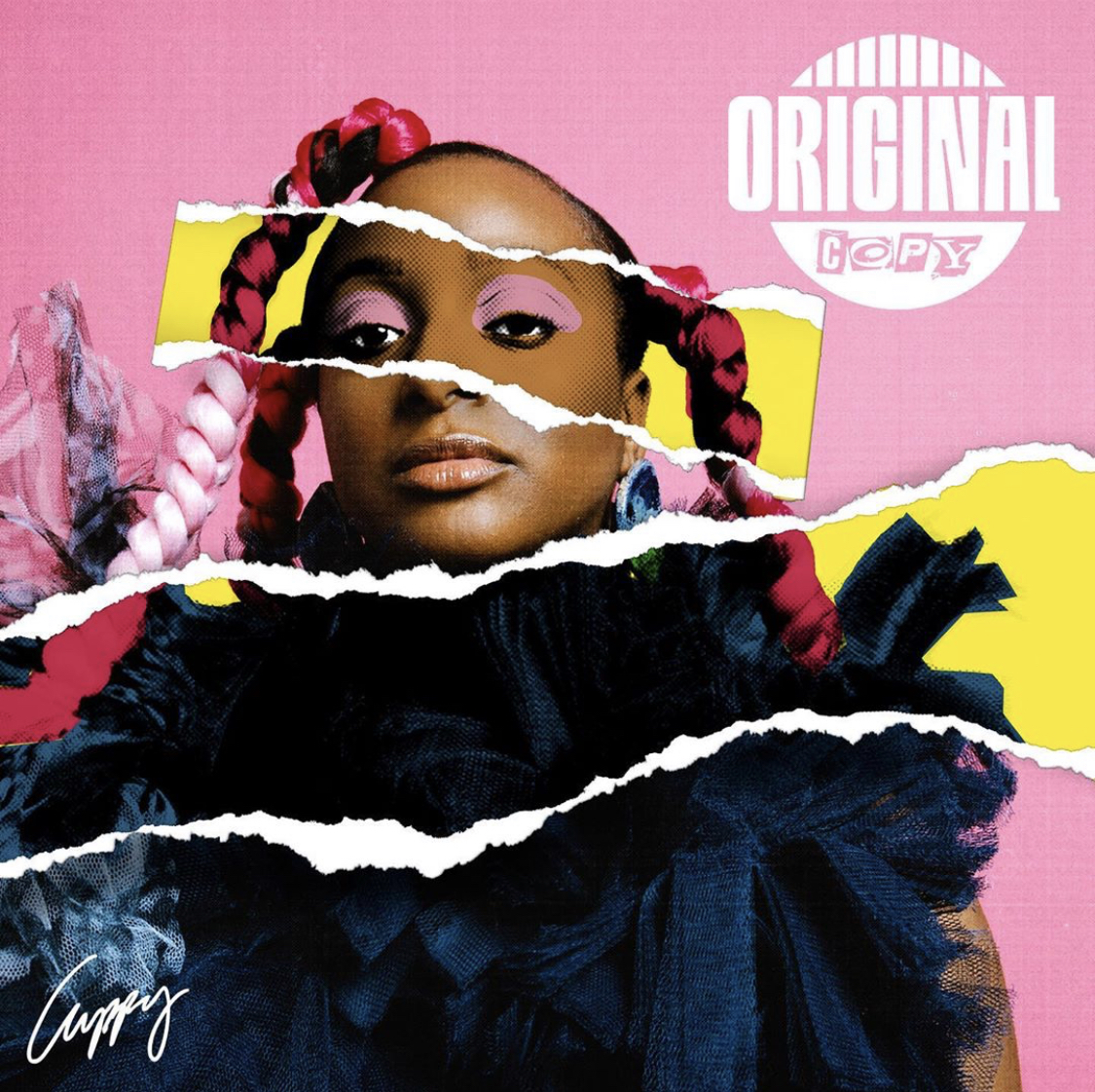 The coronavirus sort of threw a wrench in everyone’s plans for 2020. How have yours changed or stayed the same?

It’s been a really challenging time. Nobody envisaged a global pandemic when we were making our plans for the year 2020. The need to limit all forms of physical contact has definitely shifted the perspective. We’ve had to adjust to the current reality and shift solely to virtual gatherings. I’ve tried to stay focused and still work on my plans for the year as much as I can.

I’ve definitely grown since the beginning of the pandemic and found ways to stay productive. Staying home and having more time to myself, I’ve reconnected with myself, learnt to play the guitar, taken my veganism to a new level, finished my debut album whilst still making an impact within the vulnerable communities. Also, I got to start my new radio show with Apple Music, Africa Now. Not bad for being stuck at home right?

You get a lot of flak on social media, for vastly different reasons. How do you always manage to rise above it all?

#FreeCuppy lol. Being in the entertainment space especially being a female in a male-dominated space, I’ve had to deal with a lot of critics. People don’t like what they don’t know. I’ve had to work twice as hard as my colleagues to prove myself. I’m such an optimistic person and I never focus on the negatives. My cupcakes are the most supportive and are always behind me through it all.

Knowing that I have people rooting for me motivates me to keep pushing to make them proud. I’m solely focused on being the best at my craft and it’s interesting that things started working out when I finally decided to simply be myself and accept myself for who I truly am. Do You and the rest will follow, you are your only Original Copy!

We saw photos of you protesting on the streets of London, carrying a placard that said, Black Lives Matter. Do you have personal experiences on racism, and what do you feel about the movement?

I knew I had to lend my voice to such an important movement. I was a bit sceptical about the possible violence that could arise but I knew that I would not be able to live with myself if I didn’t join in. When I was thirteen, I moved from Nigeria to the U.K and went straight into a boarding school. I went from living with people with the same skin colour like me to being the only black person around. I was frequently picked on for having different hair and told me that I had a weird accent. My job as a DJ takes me around the world and I realize that this experience hasn’t improved. I’ve had experiences with promoters where I have been refused entrance before they know I am the DJ! I knew it was important to be part of such a powerful movement and be among the agents of global change. 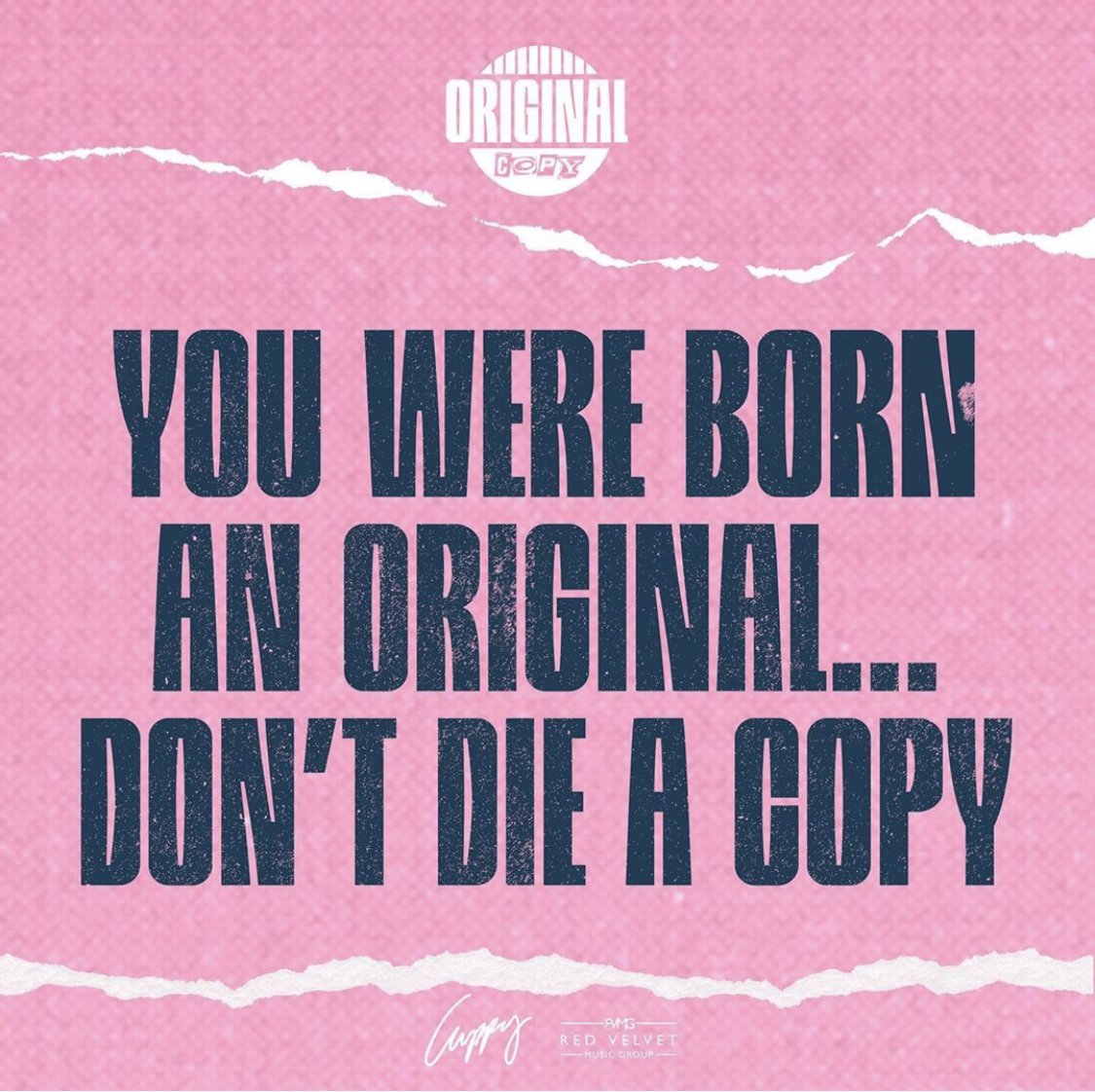 What is the one message you would love to send to your fans?

I would love to say THANK YOU! The love and support I’ve been receiving since I announced my debut album has been mind-blowing. My Cupcakes are the very best and I can’t wait to finally share #OriginalCopy with the world. I know they are always fighting for me, I promise to make them proud!

Also, your fans would love to know, what is your favourite song to sing in the shower?

I’ve had different shower favourites overtime; enough to create a long playlist. But topping the list will be “Jollof On the Jet” from my album. I’ve had numerous shower singing moments of the song so much that I shot a video of the song in my bathtub!

Krizbeatz is Out with a New Album “African Time”

Praiz’s Performance of “Madu” on Ndani Sessions is so Amazing