Fantastic Four! Quadruplet Brothers Accepted to both Harvard and Yale 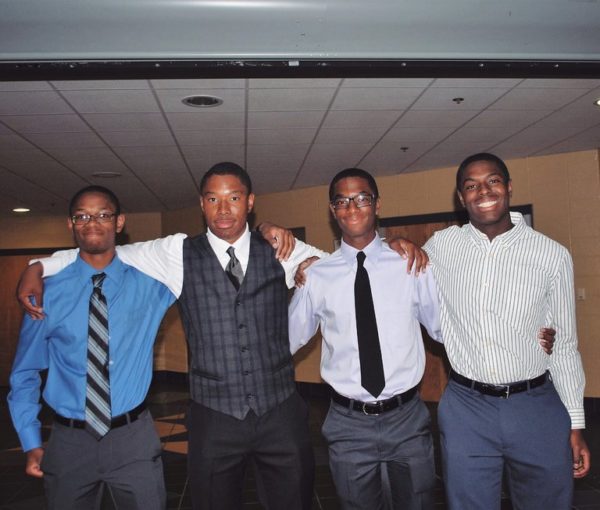 Quadruplet brothers in Ohio have all been accepted at two Ivy league universities Yale and Harvard, as well as other top universities in the country.

Aaron was also accepted by two other Ivy league schools Brown University and University of Pennsylvania.

The Lakota East High School seniors Aaron, Zachary, Nigel and Nick Wade in their college essays, wrote about being a quadruplet.

Their essays detailed their individuality as well as being quads.

Lakota East High School Principal Suzanna Davis, said: “I have had the honor of knowing these boys since they were young because of knowing their mom and dad. I have watched these boys grow up into young men … and as students they epitomize what we would want from high school students.”

Although they have not made their choices, The Washington Post reports that Aaron likes Stanford University and the three others may likely choose Yale.

When they were younger, their father, Darrin Wade, a software architect for General Electric, would punish disciplinary infractions like lying by making them do situps and push-ups and run around the block. He and their mother, Kim, principal of Lakota Plains Junior School, also had them do word puzzles, memorize math tables and write book reports at home from a young age, reports NY Times.

According to their father, “It wasn’t a choice to be average.”

“We’re grateful to our parents and the Lakota school district because it’s really something we couldn’t have done on our own without all the support we have had through our lives. It has been awesome,” JN quoted Nick as saying.

According to Nigel, “It’s really our parents our friends and our community who have come together and taught us how to be disciplined. We feel like getting into these schools show who the people around us are,” said Nigel.

Zachary nodded in agreement and added, “There has never been a time in our life whenever we said something (career goals) they said ‘oh that’s a big goal’. They said ‘I know you guys can do it. You guys are hard workers and the sky’s the limit.’”

“I began to fight back” – Betty Irabor talks Being Diagnosed with Depression, Overcoming it & Life at 60 in Interview