FUK to employ 7 First class graduates after completion of NYSC 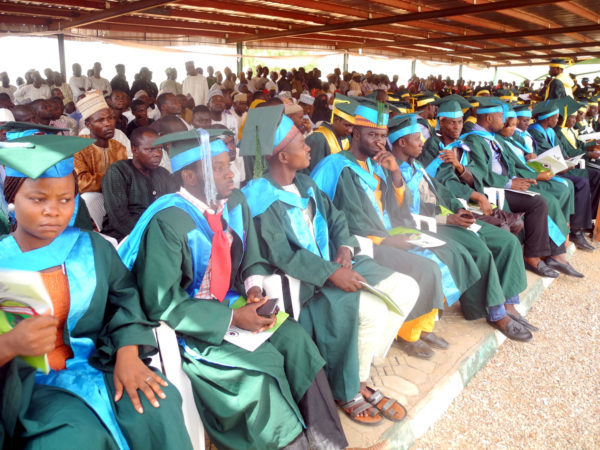 Graduands of Federal University Kashere, Gombe State during the Second Convocation of the Institution.

Federal University Kashere (FUK) Gombe State has offered employment to the seven first class graduates out of its 309 total graduates in the 2015/2016 academic session.

He said that among the seven offered jobs, was a female from the department of Mathematics, who was the best overall.

Governor Ibrahim Dankwambo congratulated the students and wished them well in their future careers.

Dankwambo who was represented by his deputy Charles Iliya, called on the university management to introduce additional courses to give the teeming youth opportunities.

Iliya gave the assurance that the state government would continue to support the university within the limits of its resources.

President Muhammadu Buhari, who was represented by the Director National University Commission (NUC), Dr Rukayyatu Abdulkarim urged the graduands to apply the knowledge acquired for their future success. He also commended the Gombe State for handing over the Agricultural Institute to the university.

EFCC Stops Patience Jonathan from Withdrawing from her Unfrozen Account