Onyinye O: The Person You Love Wants Someone Else 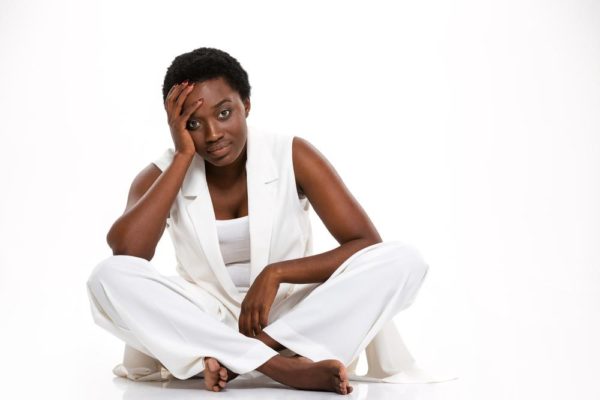 You? Someone else likes you and you don’t like the person back. Hardly ever are there mutual feelings; which gets me thinking: why do we always find ourselves stuck in a love triangle and should we ever compromise?

Recently, I was chatting with a friend of mine and she was telling me how she has been drooling over a certain guy for years! Now, guess what? She’s dating someone now, and he seems to be all shades of perfect close to perfect and this is me judging based on what I’ve seen and heard. He loves her and would do anything to make sure she’s happy. Now, I’m sure someone might be reading this and saying “abeg, you’re judging from outside. Na the pesin wey wear the shoe know where e dey pinch am”. I knew questions like these would arise. I asked her what was wrong with their relationship, and she confirmed all I thought: Nothing, she just doesn’t feel so passionate and somehow, still wants someone else. However, she’s unsure what the future holds.

Now, I wouldn’t go into the nitty-gritty’s of love, should she stay or nah? Frankly, I have my reservations, but two things stand out to me in these situations.

Number 1: I’ve realised that we, humans, tend to want what we don’t have. Somehow, there’s a fantasy in our heads as to how beautiful and sweet life could be with the things we don’t have.

What’s funny is, most times, when we get these things, we are on top of the world! But, that feeling lasts for just a while. Soon enough, we begin to want something new.

For example, the job you have, or even your car… Or say your phone. Remember how you first felt when you got the phone? PS: I’m not talking about the torchlight phone you’ve always hated o! I’ll bring mine to play. I got a Samsung S4 about 2 months after it was launched, but before I got it, I imagined a whole bunch of stuff. Fast forward to when I held “the baby” in my hand for the first time! How I felt? I can’t describe. I would wake up the next morning looking forward to using the phone.

Now, fast forward again, over 3 years later, I still have the phone. It works well, but I got to know of other phones and I thought, “better specs et al”. I should get an S7 Edge, because I’m a Samsung lover. The S4 felt like old stuff, and I imagined all I could do with the S7.  But I did get a new phone, and that’s because I wasn’t “feeling” the S4 anymore. So much for illustration!

Now, steering the ship back to this conversation, I’m wondering, why do we tend to think life will be better with “the other one we don’t have?” How sure are we that if we got to spend the rest of our lives with this one person we want, things would be better? I’m asking y’all, because honestly, if you ask me this same question, na who I go ask?

Anyway, this brings me to my second point which is:

Is it possible that the things we imagine would make life better with this other person we long for so much exists in this person we are with or whom really likes us and we just don’t see it because they are not the other person? OK. Typing that, I got a little confused myself! Hehe. And trying to break it down would be another epistle so I’ll pass.

One of my very close friends was telling me about one of her favourite songs just yesterday. The name of the song is “If You Like Pina Coladas”. Basically, the story in the song is this: there’s this guy who was bored with his lady as they had fallen into the routine kinda life and he was looking to explore. Amidst this, he came across a newspaper ad with someone stating some specs “if you like Pina coladas, bla bla”, and he was excited. He wrote the person back and they and asked if they could meet up and hook up. As he waited at their agreed meet up point, guess who walked in? His lady! He had no idea they had those things in common till that time; somehow, they hadn’t known each other all round. At this point, certain things are coming to mind, but I refuse to write, because I don’t want this to be too long. Trust me, I could go on and on.

I don’t know. I really don’t know. This was just me thinking out loud after taking a break from writing in a while. Please let me in on your thoughts on this love triangle business. Ever found yourself in such a situation? What did you end up resolving to? You never know, your comment might be all someone needs to help them take that decision. Gracias.