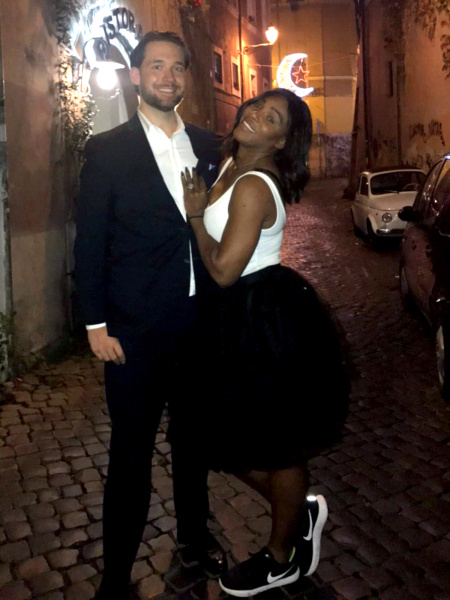 Tennis superstar Serena Williams and her fiancé Reddit co-founder Alexis Ohanian who got engaged in December 2016 are expecting their first child!

The sportswoman announced the news on her Snapchat stating she is 20 weeks gone, meaning she won the Australia Open while pregnant.

Such good news, congrats to the couple!