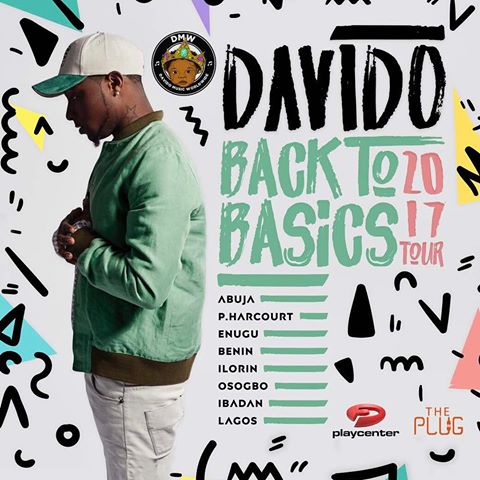 DMW Boss, Davido is set to delight his fans as he prepares to perform in 8 major cities in Nigeria as part of a “Back To Basics” tour. The touchdown cities as Abuja, Port Harcourt, Enugu, Benin, Ilorin, Osogbo, Ibadan and Lagos. The “IF” crooner also went ahead to state that dates would be communicated soon. He said: