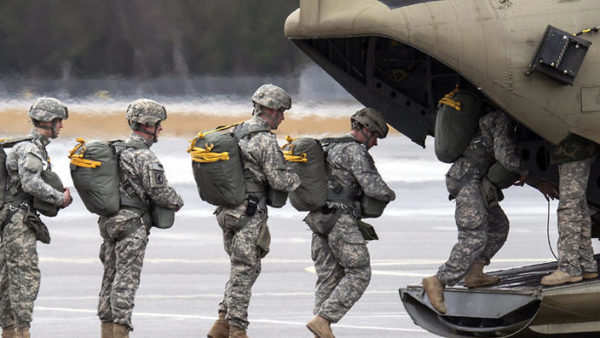 The United States military has authorised that an additional 40 ground troops be deployed in Somalia making it go do down in history as the largest presence in the African country since the 1993 fiasco known as Black Hawk Down.

According to NAN, the Pentagon said 40 soldiers from the Fort Campbell, Ky.,-based 101st Airborne Division would be deployed to Somalia to support in its ongoing fight against the terrorist group al-Shabaab. Stars and Stripes reported that the soldiers will not train Somali soldiers in actual combat tactics,

Since Black Hawk Down under former President Bill Clinton, during which two U.S. Black Hawk helicopters were shot down in the Somali capital Mogadishu and 18 U.S. soldiers were killed, the Pentagon has largely walked away from Somalia.

The 101st deployment was at the request of the Somali military. While U.S. troops do not have a direct combat role on the ground, the Pentagon has acknowledged U.S. troops have accompanied Somali soldiers on missions against al-Shabaab targets. Somali troops have received combat support instead from the Bill Clinton, which spearheaded the initial offensive to prevent Mogadishu from coming under terrorist control in 2013.