Would You Let Your Daughter Marry Her Rapist? #LiterallyWhatsHot

There are some brands of parenting I can never understand. What sane parent would choose to wed a victim to her rapist so the family’s reputation can be protected? Is the stigma of being a mother outside wedlock anything compared to being tied to the one who forcefully took your innocence? These are questions I’d like to ask Chief Chukwurah, father of rape victim, Chioma, in Gerald Chukwu’s book Chioma’s Diary. 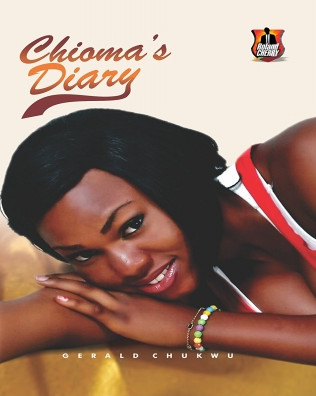 The book follows sixteen-year-old Chioma who gets the marriage sentence when she gets pregnant after being raped for spurning a schoolmate’s (Louise) advances. The book proceeds by telling an unconventional story of how Chioma and Louise develop feelings for each other after she goes to live with him and his parents.

Following the engagement, Chioma’s parents business hit a snag and they lose everything. Their family name is suddenly worth nothing and Louise’s family does not hesitate in making it clear they have no respect for ‘un-moneyed’ folks. It doesn’t help that Chioma’s father dies soon and her mother commits suicide.

Louise is spirited abroad shortly after his child’s birth and Chioma is relegated from wife status to domestic help. Her life is a basically a depressing roller coaster filled with sad events.

Louise does return to Nigeria but finds that another marriage is in the works for him. This time, it is with Clara, the member of another well-to-do family. He seeks out Chioma whom he still loves and tries to work past years of pain and abuse, but there are lots of obstacles in their way of their love. These odd lovebirds do find their way to each other but that happens under the weirdest of circumstances. You’ll have to get the gist yourself when you read the book.

With Chioma’s Diary I saw an excellent portrayal of the darkness that comes with rape. Gerald Chukwu paints a vivid picture of the psychological and social effects of rape both on the victim and the rapist. I would not say I’m overly impressed with the story’s flow, but it is a piece that allows us think beyond the norm. Something new.

Rape is nothing to laugh about and I can bet you’re wondering how (and why)  she fell in love with someone who hurt her and possibly destroyed her youth? Get a copy of Chioma’s Diary here on the OkadaBooks store for the whole story.