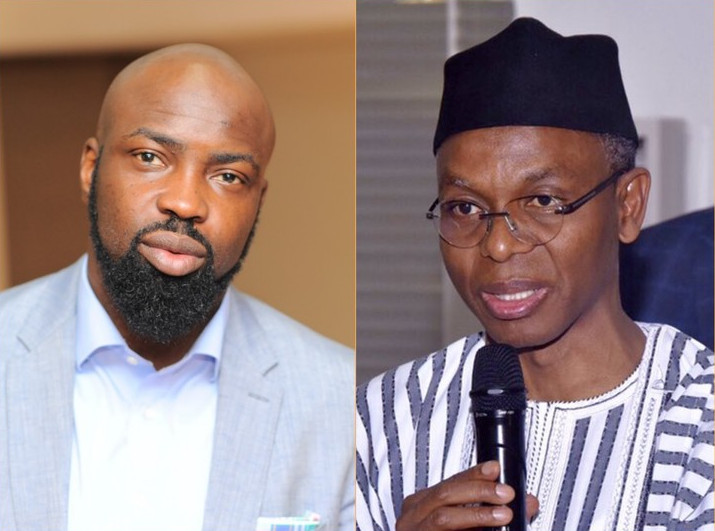 The suit was filed at the Federal High Court, Abuja by Maikori’s lawyers Ballason’s Chambers and he is demanding N10 billion damages.

The case was heard by Justice John Tsoho on Tuesday and Maikori is praying the court to enforce his fundamental rights against undue harassment and intimidation by the Kaduna State government, the State Governor and the Nigeria Police.

See details of the suit below: 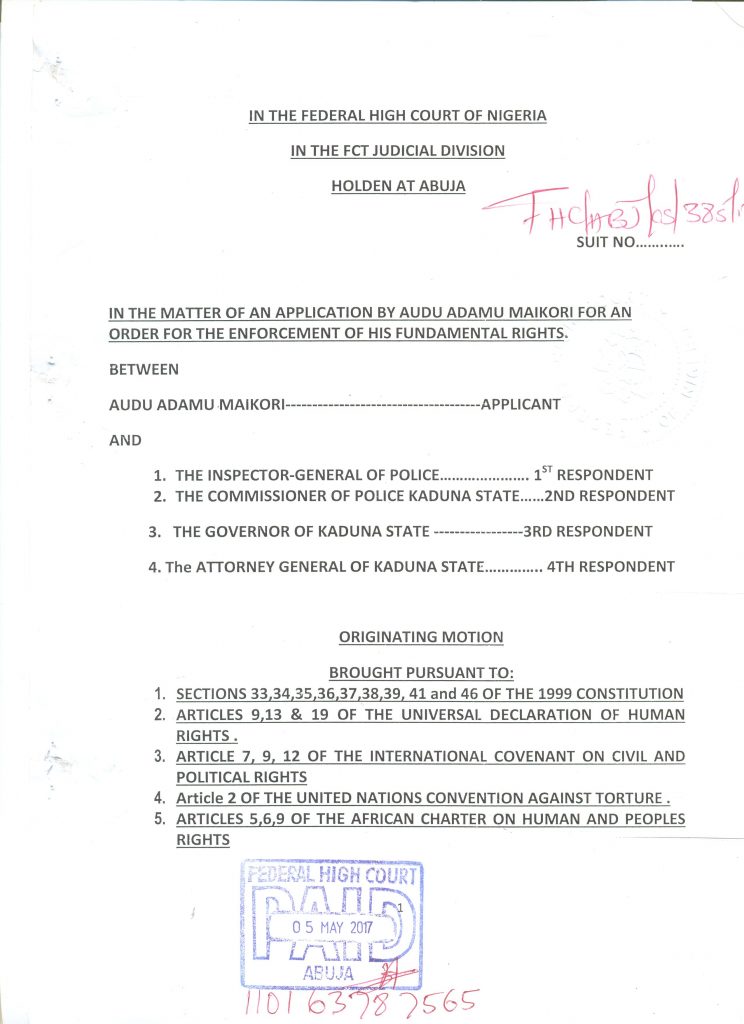 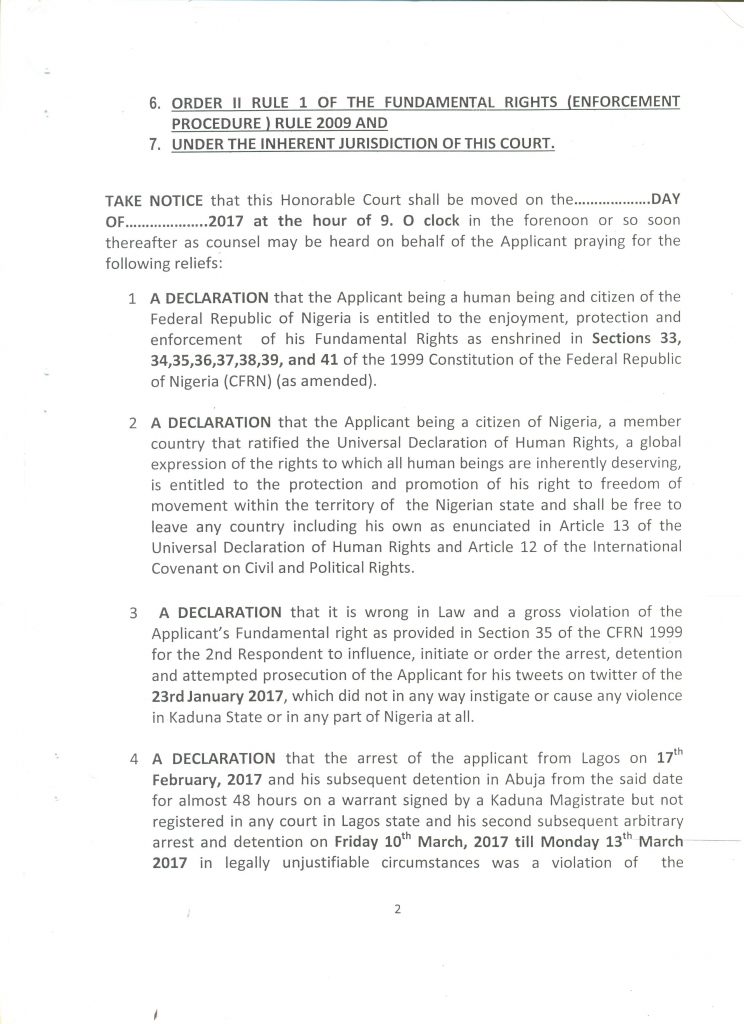 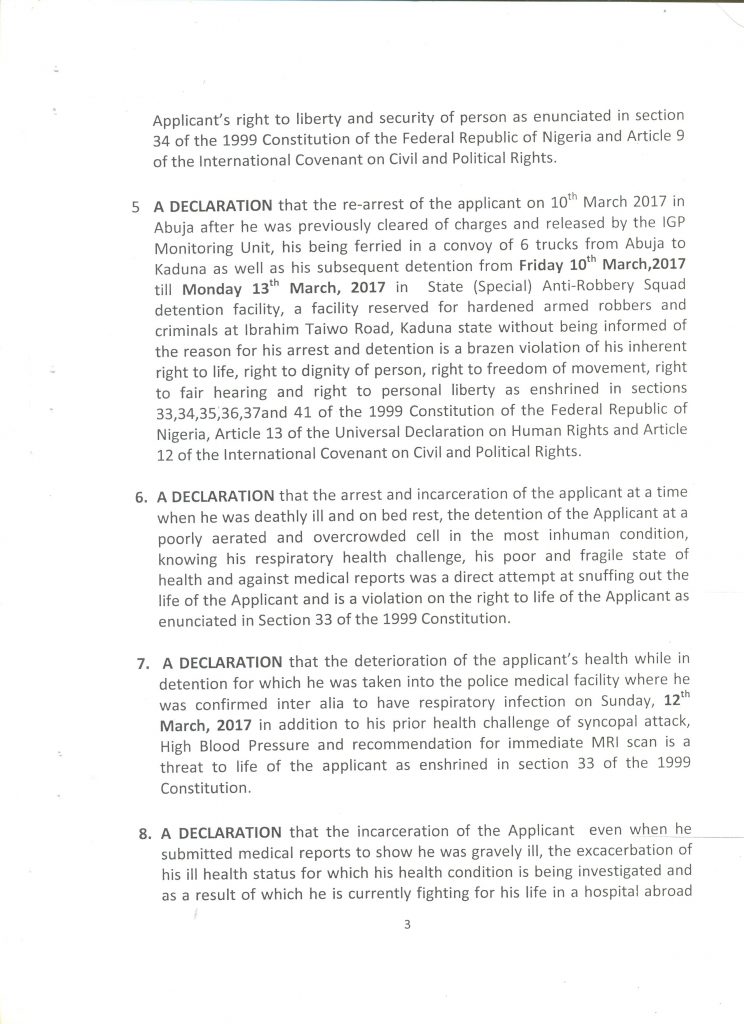 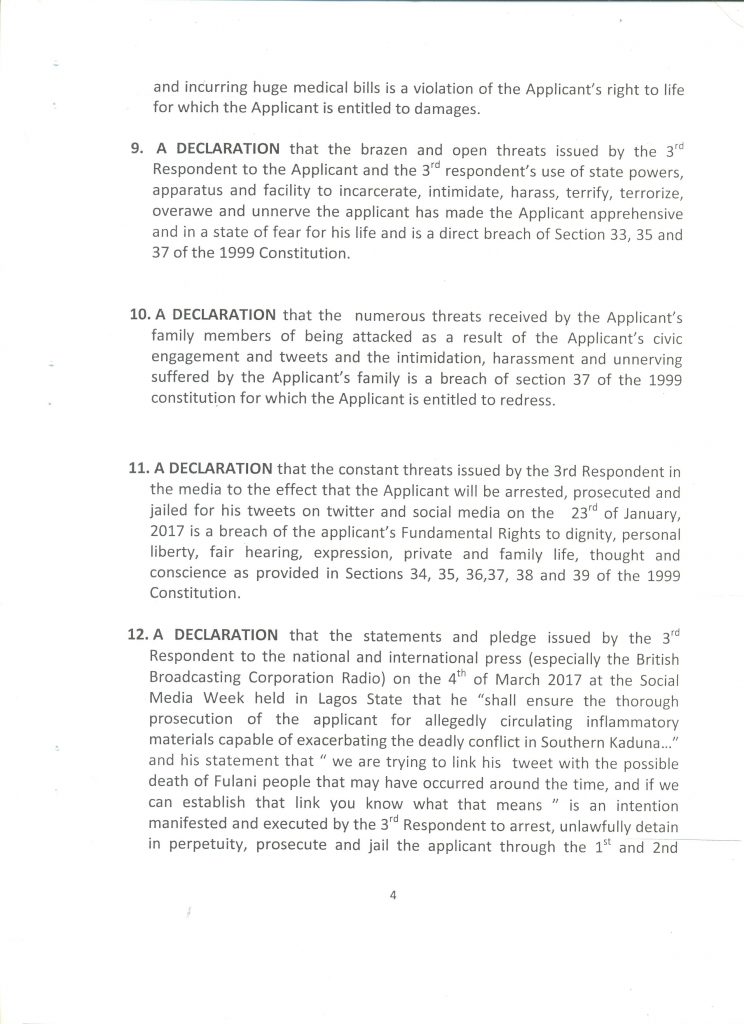 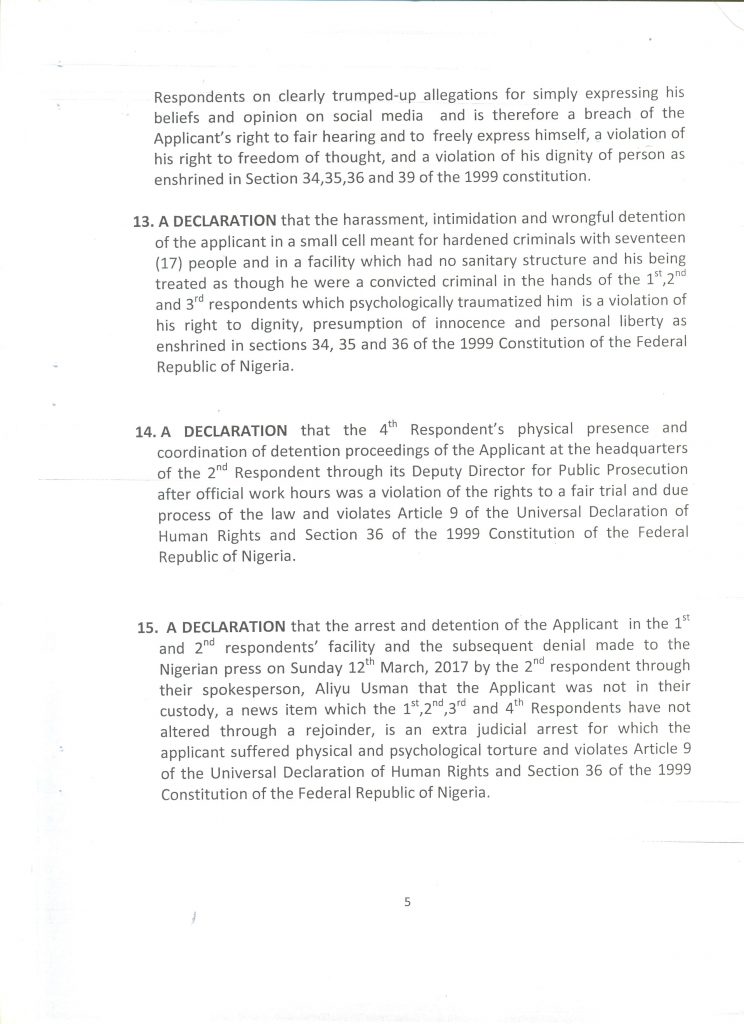 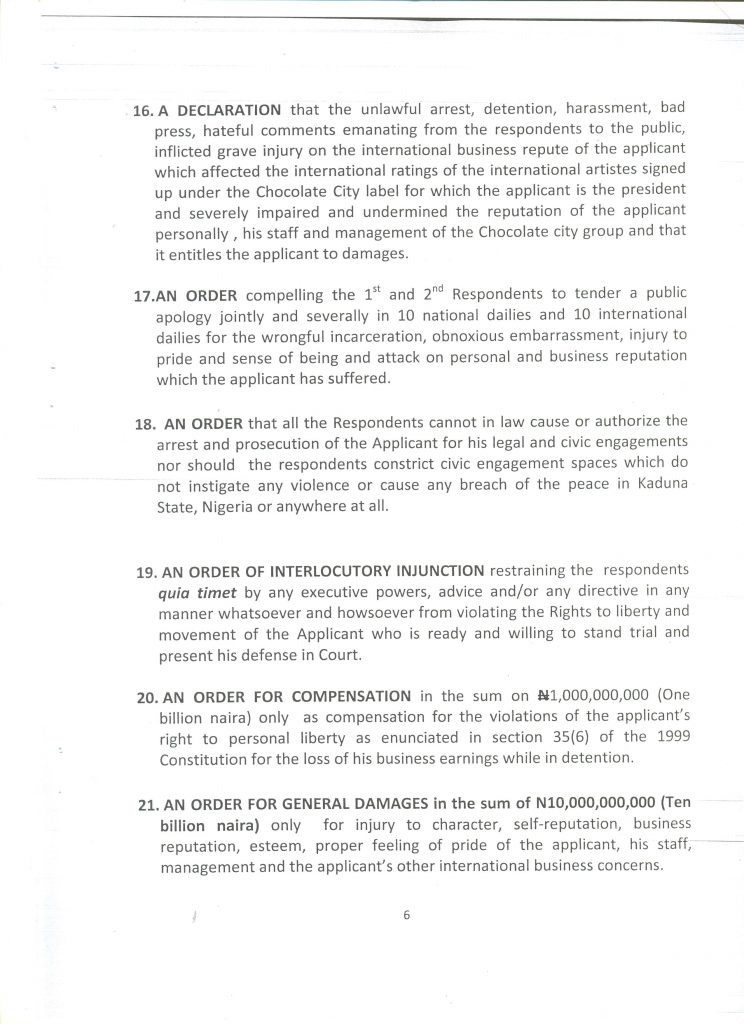 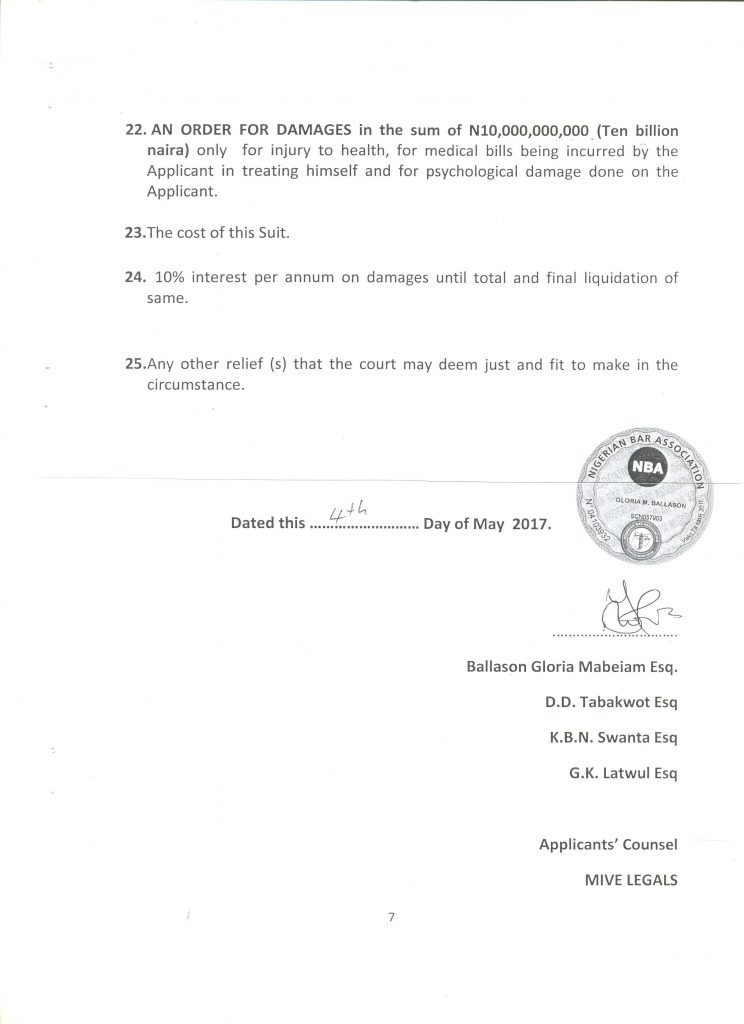 The Nigeria Police arrested Maikori for alleged incitement after a petition was filed by the Kaduna State Government over a story he published on his social media pages that turned out to be false.

He was eventually released on bail and cleared of any complicity by the Police Force Headquarters.

He was then rearrested and taken to Kaduna where he was detained for four days before he was charged to court. He was granted bail on health grounds.

El-Rufai, had before his second arrest, vowed to prosecute Maikori at the fifth edition of Social Media Week in Lagos.

Would You Let Your Daughter Marry Her Rapist? #LiterallyWhatsHot