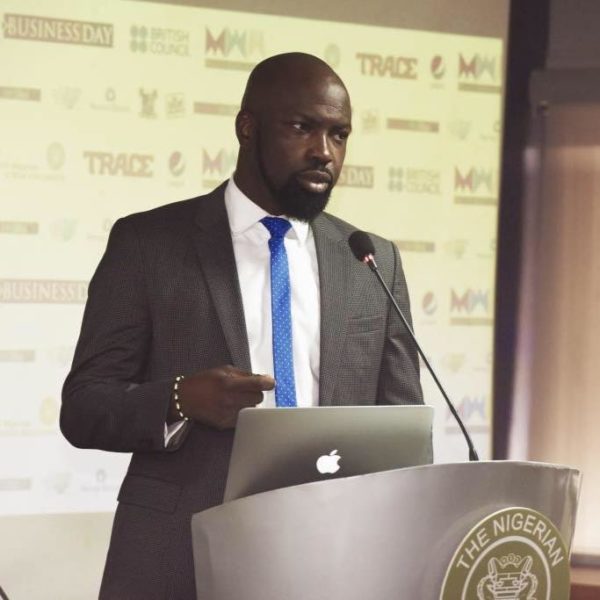 Earlier this year, CEO of Chocolate City Group, Audu Maikori, in a series of tweets disclosed that 5 students of College of Education, Gidan-Waya, Kaduna were killed on their way to school by armed Fulani herdsmen.

Maikori, who has been a vocal advocate against the killings going on in Southern Kaduna, said that his driver narrated the story to him. Maikori added that his driver told him that his (driver) brother was among the victims.

Following his tweets, the school released a statement saying that no event of such occurred.

Maikori has gone on to investigate the information. According to a statement he released on Facebook, he has retracted his tweets, adding that his driver has confessed to lying to him so that he (driver) can get money from him.

Following the statement by the College of Education, Gidan-Waya Kaduna and the Kaduna State government refuting the story that 5 students of the school were killed by Fulani herdsmen en-route to school on the 27th of January 2017, as reporter by my one Simon Joseph (my personal driver) I decided to further investigate the story to ensure that all the facts of the case and evidence were presented to the authorities.

My driver Simon Joseph had travelled to the village to attend his younger brother’s burial and on his return on Monday the 30th of January 2017, I asked him for pictures from the burial, the ID card of his brother and also pictures of the casket so I could submit to the authorities and he told me that he had phone issues so he could not store pictures on his phone. He told me however that his sister had the pictures on her phone and I proceeded to give him money to go to Ikeja to get the pictures from his sister, so I could have evidence. He didn’t return till evening, and when he did, he showed me some blurry picture of a male body which didn’t show the face of the victim. At this point I began to strongly suspect foul play. I again questioned him about the veracity of his story to which he swore on the bible that his brother was dead and even began to shed tears.

Not totally satisfied with the story I made contact with his referees (who helped to engage him) and they didn’t seem to know about any death in his family . So on the 2nd of February, 2017 I went in company of his referee one Mr Dauda to the Lekki Police Station for questioning in the absence of his providing any concrete evidence of the death of his brother and fellow students(He clearly didn’t suspect anything at this stage). When we got to the station, I lodged my complaint and when he was questioned he maintained his story about the deaths were real until the police officers at the station threatened to arrest him . It was only then that he confessed and said he was just trying to collect money from me; that he knew that I was involved in the advocacy on the Southern Kaduna crisis and he thought that I after obtaining money for me for the fake burial expenses I wouldn’t cross check the veracity of his story. So he was duly arrested.

Following this development, I decided that the right thing to do was to issue a statement retracting the tweet which reported the killings of students of the College of Education as relayed to me by my driver. And I had no reason to doubt him due to the spate of killings in the area and because in the 8 months he has worked for me, he had never “lied” to me about anything or so I thought. Besides why would any right thinking human lie about the death of a sibling?

Consequently, I hereby tender an unreserved and sincere apology to the Management of the College of Education, Gidan Waya, His Excellency the Governor of Kaduna State and the Kaduna State Government, and also to the people of Southern Kaduna and the Fulani community and also VANGUARD newspapers whose source was my driver for the false statement by my driver which I also publicized believing same to be true.

This action is made even more imperative because I understand that as a leader in my community, my statements are taken seriously and shapes the narrative. But nothing is more important in leadership than owning up to mistakes honestly and with integrity regardless of the repercussions or circumstances.

I make this statement with all sense of responsibility, realizing that by admitting what transpired, people may begin to doubt my credibility and that of my statements in future… this is a risk I am willing to take but I would rather tell the truth about the situation than suppress it.

Besides this what is clear to me is that there are people who are simply just creating and concocting pictures and stories to deliberately mislead people , like I was misled. With benefit of hindsight I should have checked the story in detail but given that I am not a journalist or Police officer my experience in these matters are/were limited.

I must also seize this opportunity to plead with my brothers in Kaduna, regardless of ethnic or religious persuasion that the time to unite and fight for peace is now. This unfortunate situation is now actively being used by crisis opportunists, politicians and some unpatriotic elements to forge their personal or commercial agendas to the detriment of the peace and stability of the state. This must stop.

Instructively, it is important to note that nothing in my clarification undermines the fact that the lives of Nigerians citizens have been lost in the Southern Kaduna crisis rather it refers to this particular incident which I have verified to have been untrue and fraudulent.

The arrest of the arrest of 17 suspects with arms and ammunition in connection with the Southern Kaduna killings on the 3rd of February by security agents is evidence that our agitations are yielding fruit and to that end I commend the government on these arrests as well as many more in the nearest future.

To this end, I am even more resolved in this quest for the restoration of peace in Southern Kaduna and also working even more closely with the all the stakeholders to ensure that normalcy returns to Kaduna. What is however clear is that unverified facts , hate messages and ethnic stereotyping only exacerbates the issues ,they don’t help the pursuit of peace.

As I speak, my former driver Simon has been handed over to the police authorities. He is available to help the authorities with any further investigations.

Finally all the people that posted #IstandWithAudu I appreciate the trust bestowed on me and hope I haven’t lost it .